Home
News
News & Culture
Baby Escapes Sleeping Dad And Wandered Off Into A Highway, Lucky This Good Man Saw Him

Babies are little bundles of joy for their parents. But no matter how fulfilling it is to have a baby at home with you, it can sometimes be a handful.

Babies, especially younger ones require constant looking after. There will be times that even if parents are constantly watching their child, just one second can prove to be dangerous.

More so, if the one who should be looking after the baby neglects him for more than just a second.

This father found out how dangerous it is to doze off while taking care of a baby. 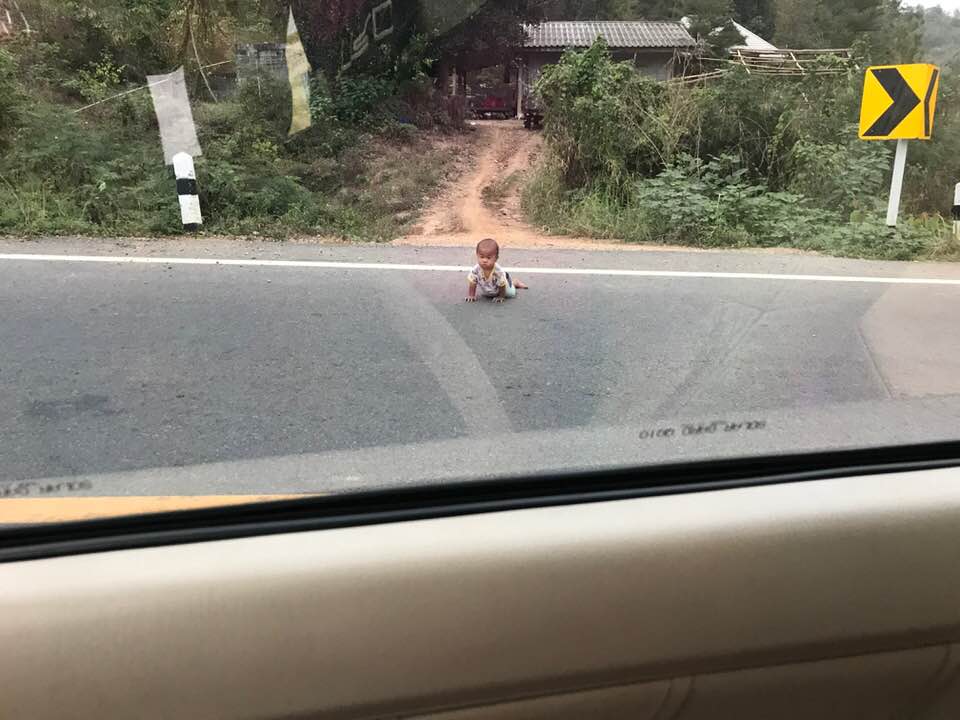 It happened when his wife went out and he was left at home to tend to the baby, but then he fell asleep and the baby wandered off the road!

Luckily there were no speeding cars and the car that happened to pass by their house saw the baby at once. 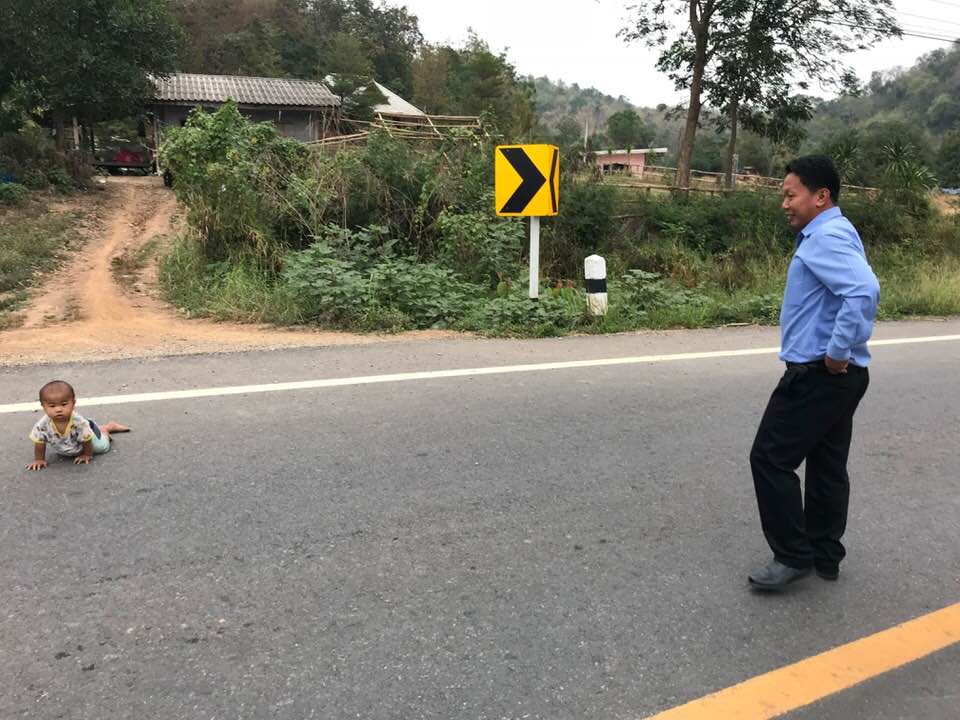 The good man inside the car stooped and went down the car to pick up the baby and look for the parents.

He went to the nearby house and found out that the father did fall asleep while taking care of the baby. 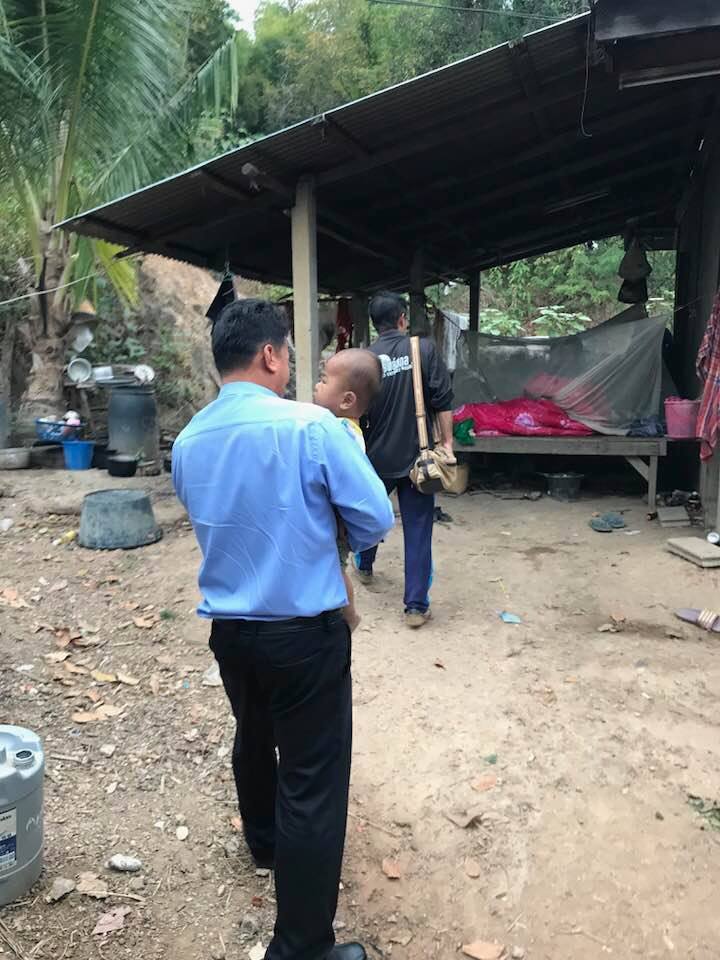 The man named Jadaeng shared his one of a kind encounter on Facebook. The Star translates his post as the following:

“The baby was almost in the middle of the road and if a car had been speeding past that spot while the baby was there, I don’t want to imagine what would have happened.”

His intention, according to him was to provide caution to the readers and to take better care of their kids. 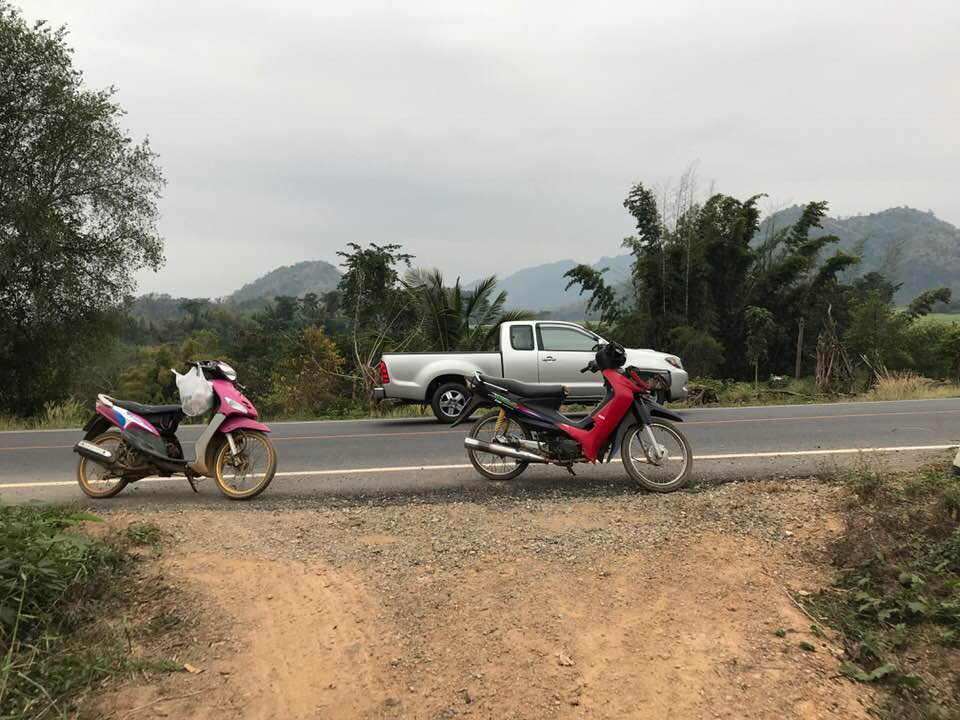 By the end of his post, he said that he didn’t want to be popular with his post, he just wanted to spread awareness.

Accidents can happen anytime, as much as we don’t want them to happen, they do. So the best way that we can react to it is to try and prevent it in any way that we can.