Born with eight limbs in the small town of Dumri-Isri in India, a newborn baby is being worshipped by thousands of Hindu devotees. They believe he is a reincarnation of Ganesha, a Hindu God. 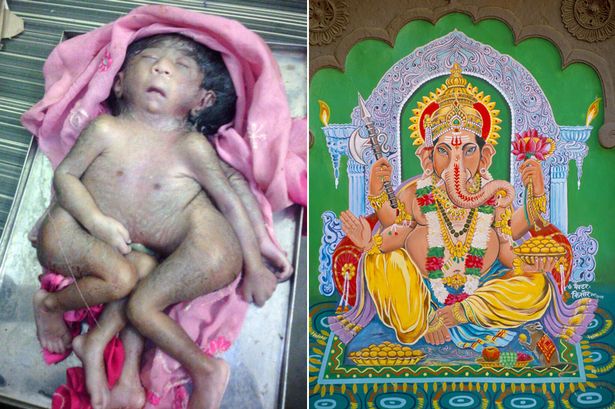 On the other hand, doctors think that the boy’s rare condition is brought about by an undeveloped conjoined twin. The unnamed baby has four legs and four arms.

“When a friend first sent me a picture I wrote it off as photoshopped but when he confirmed that it is real I came to see the baby straight away,” said Kuntalesh Pandey, a devotee who travelled 72 miles just to see the boy.

Meanwhile, the condition of  Ureda Khatun, the boy’s mother, is yet to be known.

Last year, Arshid Ali Khan a 13-year-old boy who was born with 7-inch tail announced his intention to have his tail removed. Many Hindus worshipped and hailed him as an incarnation of Hindu monkey god Hanuman because of his birth defect.

Ganesha: One of the Most Widely-Worshipped Deities in Hindu Religion

One of the most widely-worshipped and iconic deities in the Hindu religion is Ganesha. He is easily identified because of his Elephant head and four arms. 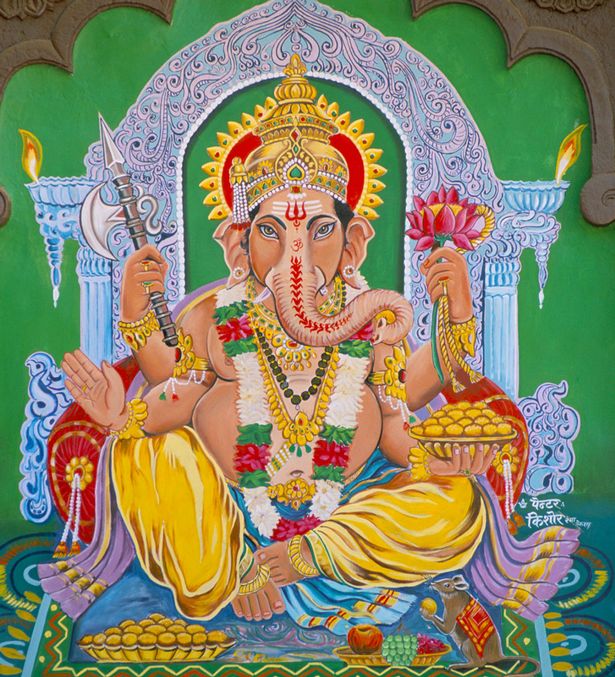 Regarded by devotees as the patron of arts and sciences and the deva of intellect and wisdom, Ganesha is also believed to be a remover of obstacles.

In addition, many recognise Ganesha as a patron of letters and learning and is usually honoured at the start of ceremonies and rituals.

Just last month, a baby girl born with a protuberance between her eyes caught the attention of thousand of Indians who believed she is an incarnation of Ganesha.

“My sister-in-law gave birth to a girl at 7:00 a.m. and her face looks exactly like Lord Ganesha. Everybody is saying she is an incarnation of the God. This is why whoever hears about her is coming here to get a glimpse of the baby and are making whatever offerings possible,” said the baby’s aunt.