Magician and popular prankster Julien Dauphin once again took his talents to the streets to amaze unsuspecting members of the public.

This time, what he did was to sit down on an ‘invisible chair’ while reading a newspaper. The hilarious video quickly went viral on social media gaining more than 163,000 views in just a few days after it was uploaded on YouTube.

Needless to say, everyone was impressed with Julien’s latest trick. 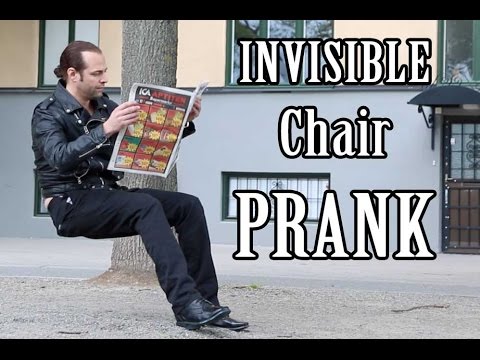 In the video, you’ll see him casually walking on the street while holding a newspaper. He suddenly stops, bends his legs, and pretends to sit on a chair completely invisible to the naked eyes. People were confused – and amazed – that he didn’t fall on his back. Julien appeared like he was really sitting even with nothing to support him from below.

One woman couldn’t help herself and approached the magician to ask “How do you sit like that?”

You can watch the full video here:

What Is Street Magic?

Traditional street magic is where a “magician draws an audience from passers by and performs an entire act for them. In exchange, the magician seeks remuneration either by having a receptacle for tips available throughout the act or by “passing the hat” at the end of the performance.”

Guerilla magic, on the other hand, is considered a new style of performing illusions where the magician “performs a single trick or two in a public space (such as on a sidewalk) for an unpaying audience. The desired effect of this ‘hit and run’ style of magic is to give the audience a feeling that what they are seeing is impromptu, unrehearsed, and experimental.”

Magicians David Blaine, Criss Angel, Derren Brown, and Cyril Takayama are among those who made street magic popular. For the most part, street magic consists of sleight of hand, card and coin tricks, or even mentalism.