Usual grocery visits tend to be fast and efficient. People who go to the grocery often just zap by and purchase what they need and then goes on with their day.

However, there are times when precious moments make you want to stop for a while and just appreciate the beauty that is in front of you. 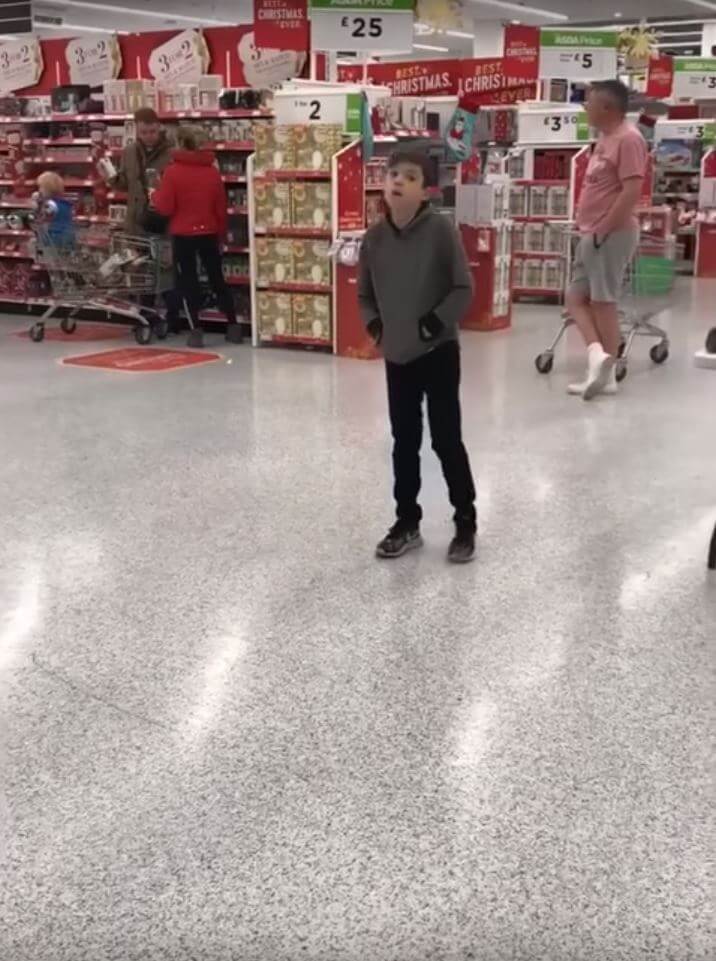 This is what happened at an ASDA supermarket in Essex, United Kingdom when a nervous 10-year-old boy stood in the middle of the grocery aisle. 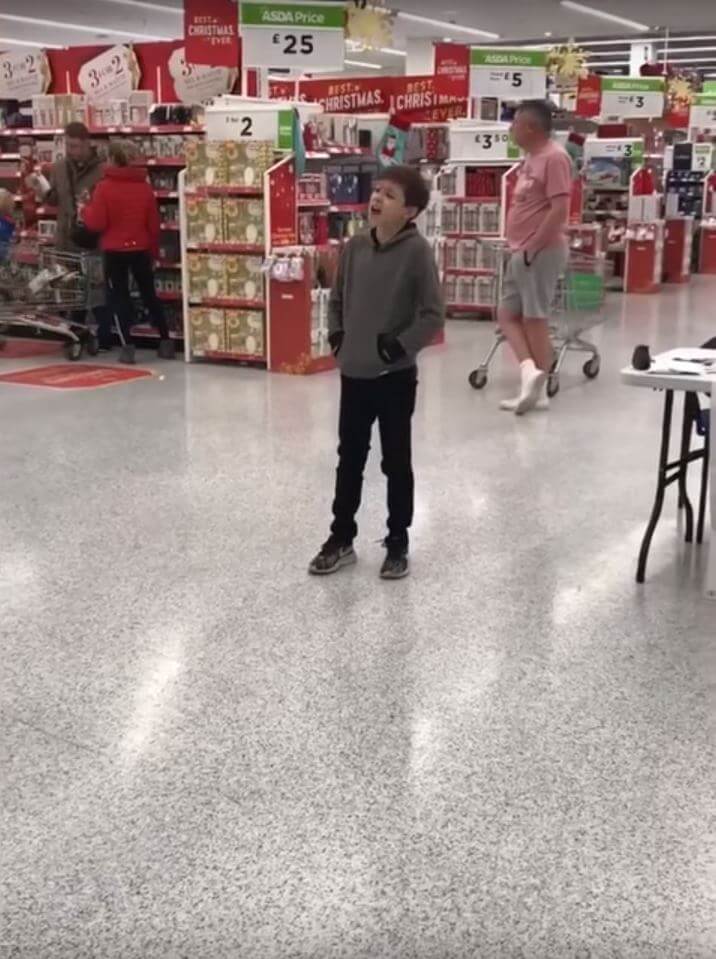 At first, the shoppers just went along their business not even giving the boy a glance, but when he started singing, that’s when they realized how wonderful that moment is.

Tupney Courtney shared that her 10-year-old son Calum has a mild form of autism.

“For Calum, this means blurred social boundaries, struggles with school and difficulties with friendships, but also that enables him to have no fear to get up and belt out a song.”

The “no fear” attitude surely made it’s way out when he belted a high-powered performance in front of the supermarket shoppers at Essex.

The way Calum was able to infuse the song with so much heart and soul is incredible that it is hard to believe he is just 10 years old!

The performance Calum did was to draw attention to a mental health charity called Basildon Mind. As of today, he has done charity performances to help spread awareness.

Now that this supermarket performance has gone viral, he’s optimistic and is looking to record a single this year. 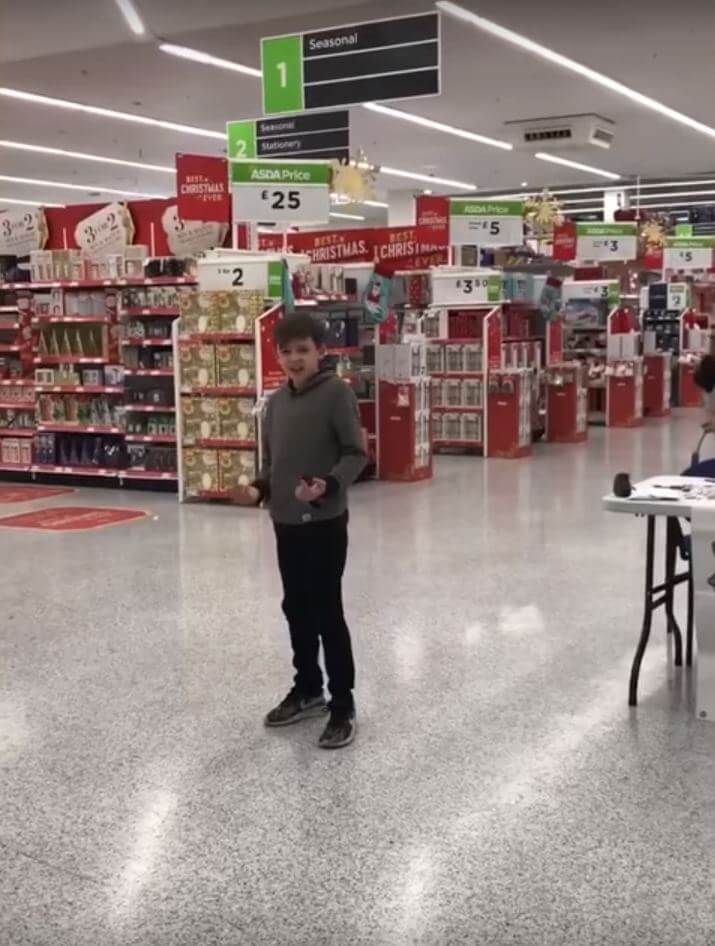 His mom shared to Inspire More how he didn’t even know he was good until he saw his video.

“He did not realize how good he was until he saw the video,” Tupney said.

Well, Calum, for us, you are really good!

Watch the wonderful video below: