Sean Yoro is an amazing artist with an interesting choice of canvas – he uses abandoned buildings surrounded by water. Furthermore, it is also pretty interesting how he creates his masterpieces. He rides a paddleboard while doing his thing.

Sean, also known by many of his fans as Hula, is a street artist born in Hawaii but is now based in New York City. His unique works have gained massive popularity on the web, catching the attention of numerous websites such as BoredPanda and many others. As of this writing, he has almost 100,000 followers on Instagram.

His latest works have once again fascinated netizens everywhere because they are simply stunning. 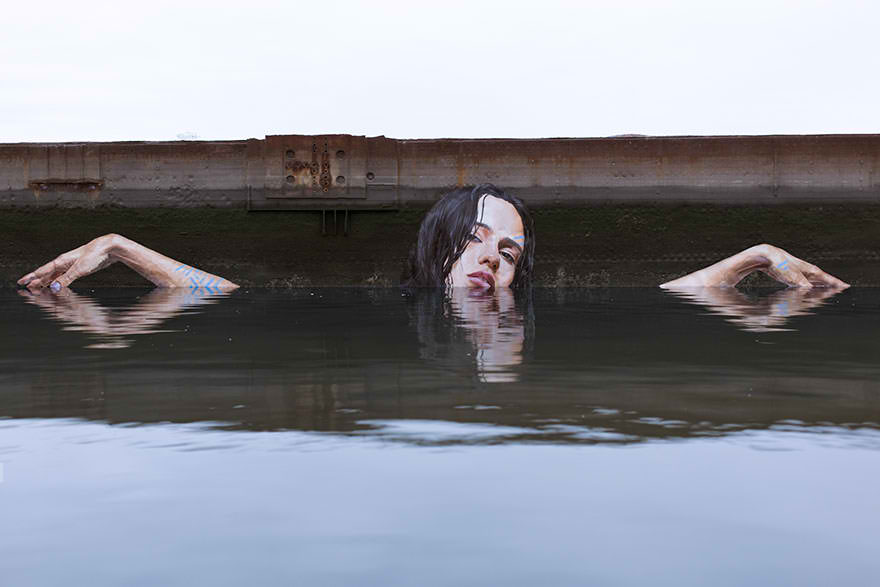 Done on abandoned shipping docks, one of the pieces show a woman “gently reclining as if at the edge of a swimming pool,” BoredPanda tells us. The artist also shared some behind-the-scenes which gave us a peek at the painstaking process required to produce his stuff.

Here are some of the photos: 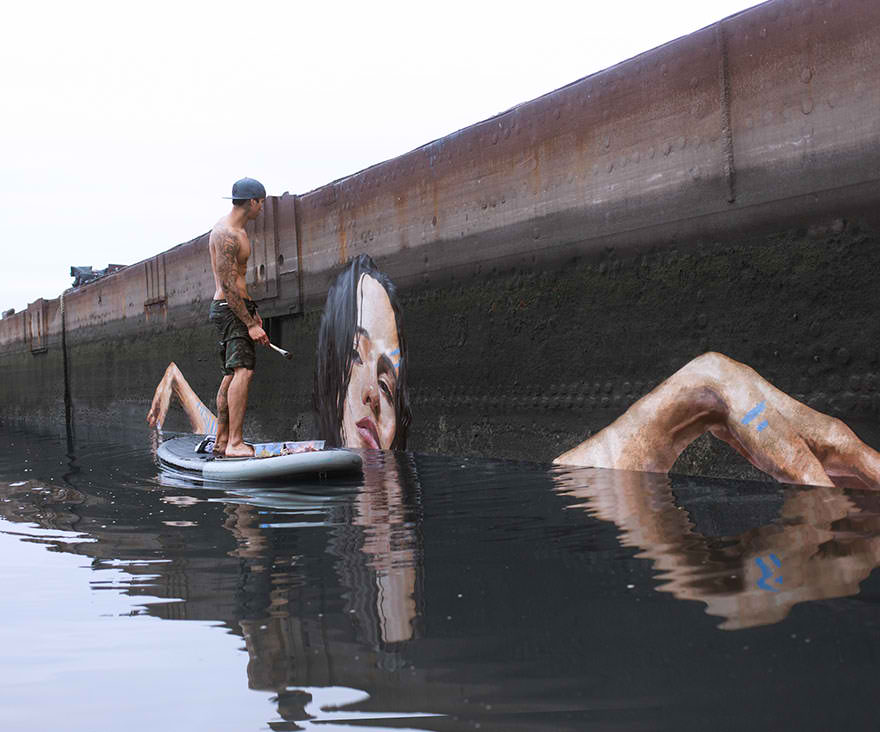 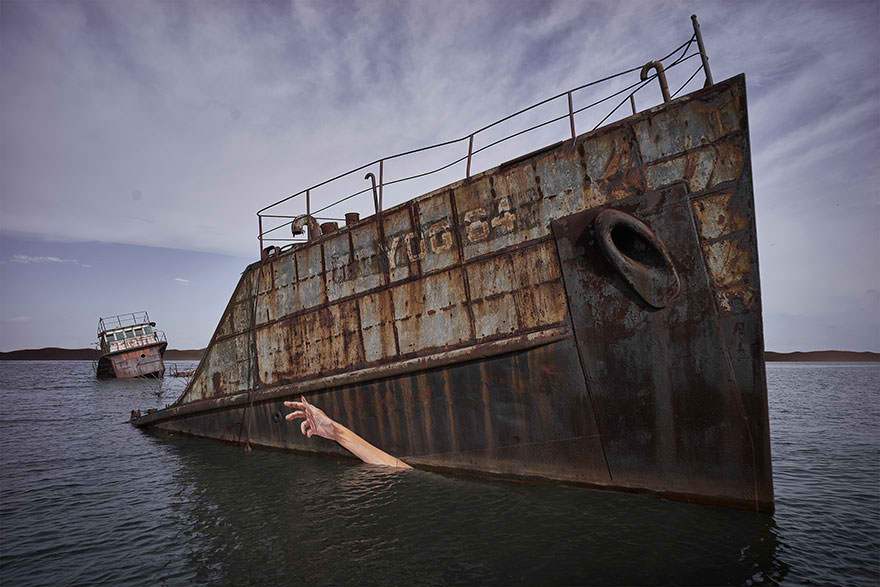 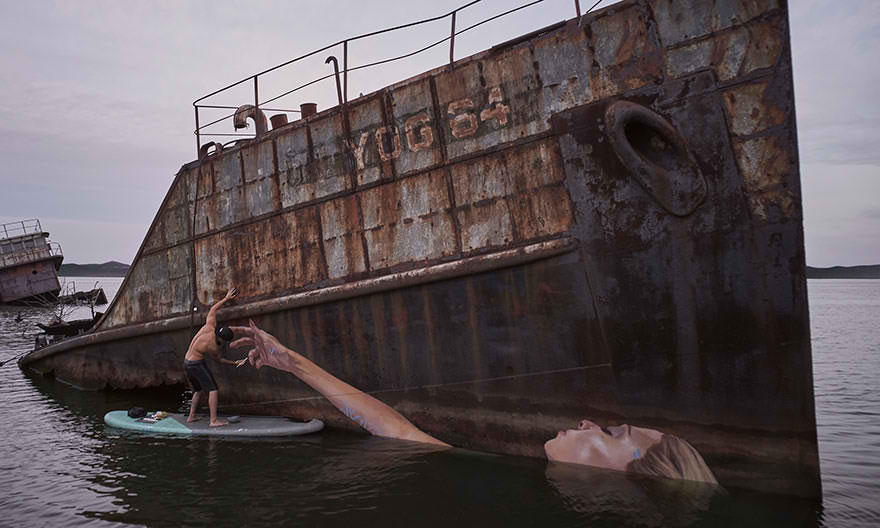 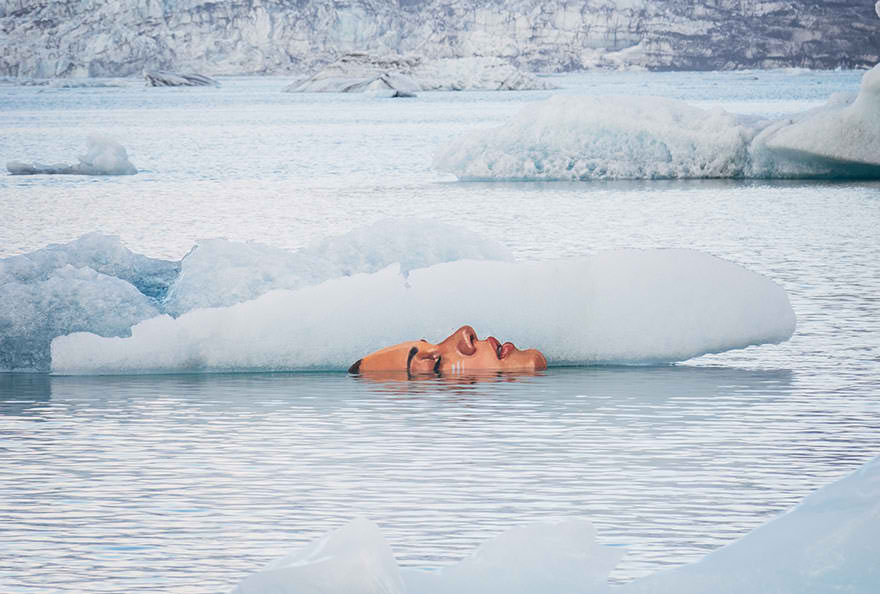 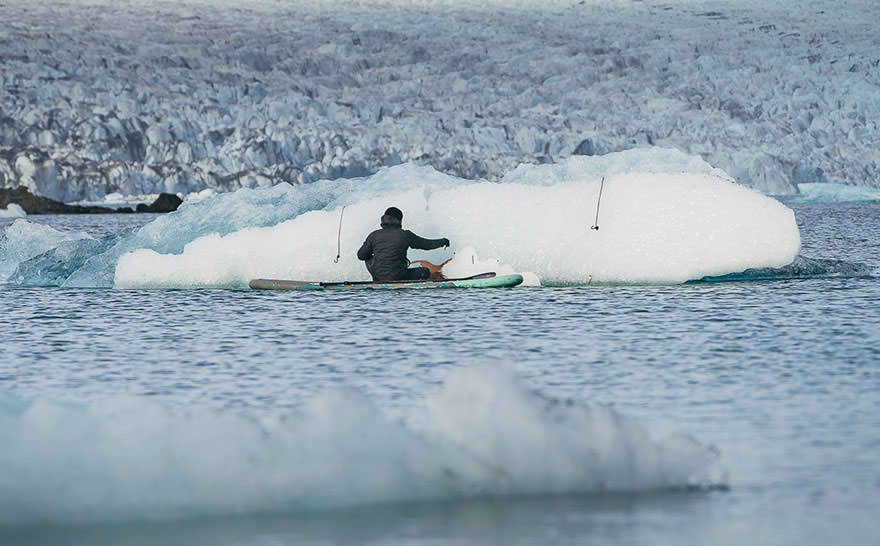 If you want to see more of Sean Yoro’s works, you may want to visit his official website.

Is Street Art Legal Or Illegal?

“The legal distinction between permanent graffiti and art,” according to Art Radar Journal, “is permission.”

The website further tells us, “With permission, traditional painted graffiti is technically considered public art. Without permission, painters of public and private property are committing vandalism and are, by definition, criminals. However, it still stands that most street art is unsanctioned, and many artists who have painted without permission, (Banksy, Shepard Fairey) have been glorified as legitimate and socially conscious artists.”

“Although it is extremely difficult, if not impossible, to clearly define what unsanctioned imagery is art and what is not, the effects of such images can be observed and conclusions can be reached regarding images’ function within a public environment,| the site concludes.