Born without arms, Mark Goffeney overcame his disability and turned it into something beautiful and inspiring. Because he loves music but could not use his non-existent hands, he taught himself to play musical instruments using his feet!

It was at age nine that he began to explore music, asking a neighbor to teach him the basics of playing the guitar which he transposed on his own using a guitar he placed on the ground. He would soon develop his own unique techniques which allowed him to play the instrument using his feet.

Now known as ‘Big Toe’, he would form a band with the same name – and it was a hit among fans who were amazed that he can play the guitar using his feet; for surely, that’s a very difficult feat yet he managed to do it, anyway. 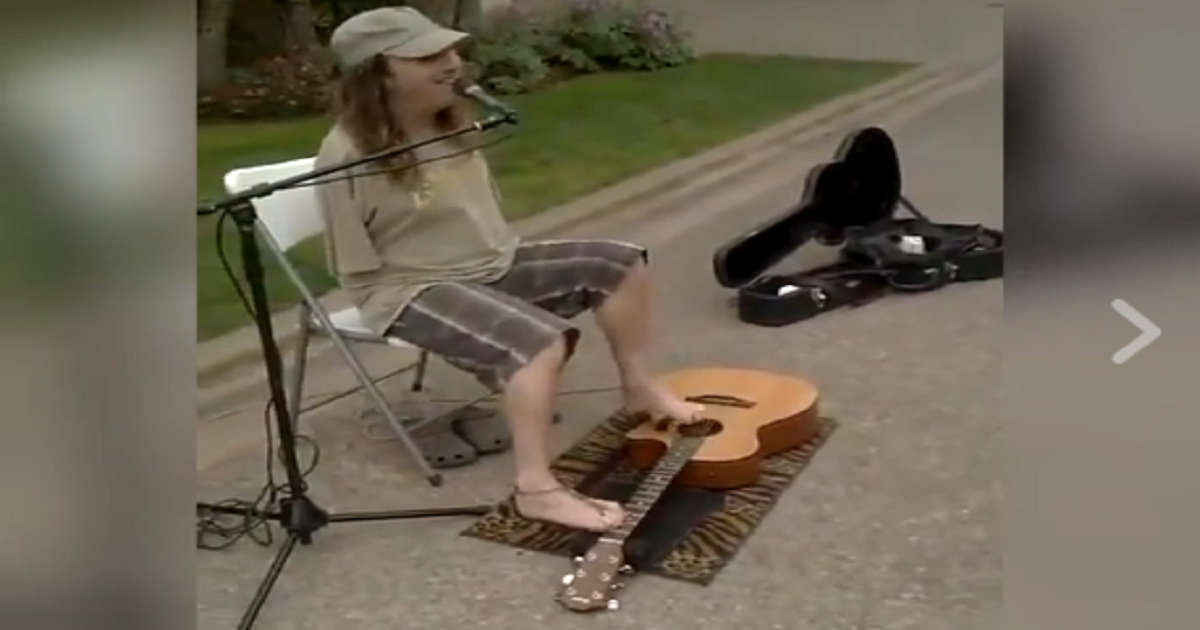 It never failed to amaze those who see him that someone with no arms and hands could overcome such a disability and do something as difficult as playing the guitar!

If he played percussion instruments like drums, that would have been easier for him yet he challenged himself and learned how to play the guitar – and that’s really difficult because you have to arrange your fingers (in his case, his toes) in proper order to achieve the right note/tune!

He is truly incredible and a beautiful example that having a disability should not hamper one from doing something that others may think impossible.

Check out this video of Goffeney singing while playing the guitar with his feet. It’s difficult to believe that he could do it but he really could!

Mark Goffeney was born with no arms, but his passion made him overcome all barriers that prevented him from becoming a great musician ????????????

A guitar is a musical instrument whose strings are strummed to produce music; usually, the guitar has 6 strings but there are guitars with as few as 4 or as many as 16 strings.

The musician arranges his fingers on the guitar’s neck in different manners to create the target note/tune.