In downtown Cajazeiras in the state of Paraíba, Brazil, a man builds toy cars from scratch and sells them in the streets. But while that might be a common occurrence in many places and is not really something new, what makes him extra special is that he doesn’t even have arms to help him build these toys!

Making a decent living despite his disability, the unidentified man happily works on his trade and uses his legs and feet to build the toy trucks and cars.

While that might sound really impossible – for how can he saw the wood and get these nailed to the toys, you might ask – he actually managed to teach himself how to use his feet to work just like arms and hands!

In the video that has gone viral on Facebook page UNILAD, the man could be seen working at what appears to be a park bench. 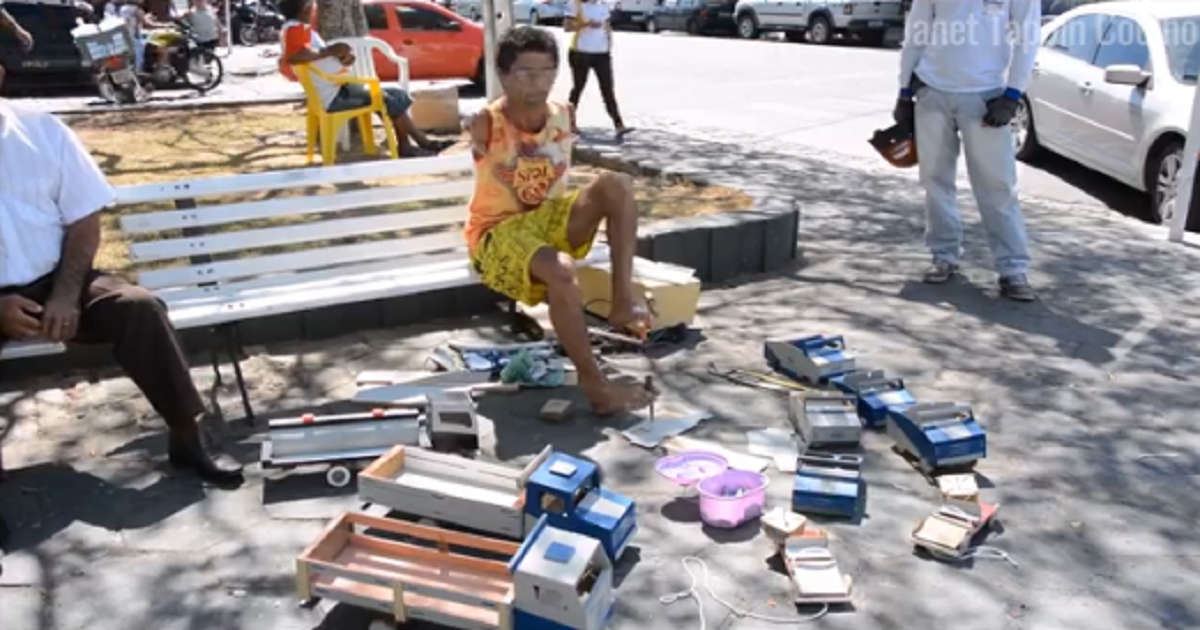 Screenshot from video by UNILAD

It does look dangerous but this is something he does every day and has surely mastered by now. Around him can be seen several toy trucks which were reportedly just being sold for $3, a small price considering the hard work he had to do to put all those pieces together.

Despite him just using his feet, the wooden toys actually look great!

He’s making a living despite his disability ????

One of the top commenters on the video wrote, “Damn, that moment you know he is a better builder than you.. Because you can’t even make a car with hands… Respect to this man.” It’s definitely a sentiment we all share!

What is a Plyboard?

A plyboard is a much thicker piece of plywood. It is ¾ inches thick and can be used to make a lot of things, including toys (as in the video above) and cabinets.