It is a sad reality that in many places, a lot of public benches and sheltered spots are taken by the homeless as their ‘temporary home’. But because this could be ‘unsightly’ to the eyes of many, the local councils often do something to ban the homeless from using these facilities so that the residents can use these with comfort.

But while the move is lauded by some people, especially the locals who benefit from the freed up space, such is also slammed for being inhumane. What’s sad is that many of these places don’t have homeless shelters where these people could rest, leading them to sleep on the ground or some other worse spots. 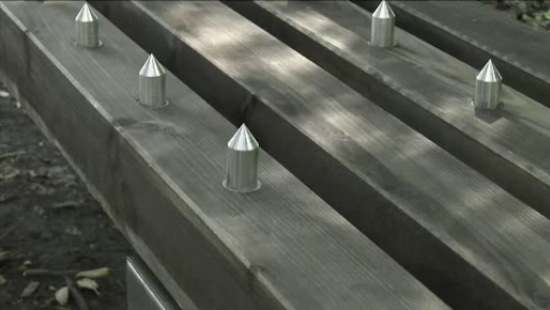 Other areas impose exorbitant fines for those who sleep on their park benches. While this is less forceful, it still is inhumane considering that these people rarely have enough money to buy themselves food!

To protest this inhumane treatment and to highlight the capitalization of local councils on the spaces that the homeless could have used to rest on, design student Fabian Brunsing created an art installation of a “pay-and-sit” park bench.

This unique bench has multiple metal spikes that stay up and prevent anyone from sitting on the benches unless they insert coins which will give them some precious minutes of comfort on the bench. 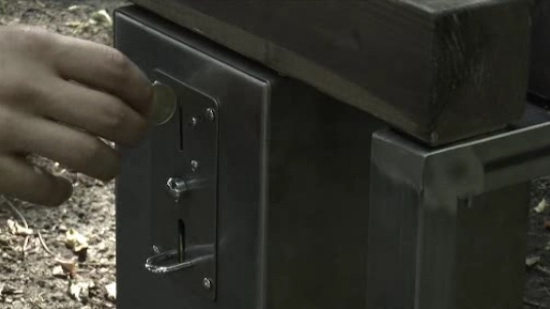 If you want to sit down, you have to insert €0.50 ($0.60) into the coin slot. This makes the spikes retract and the bench will be like a regular one. Once the time is nearly up, a buzzer makes a sound to warn you.

You’ve got to get up and go or add more coins. If you won’t do that, your butt (or body if you were lying down as a homeless person might do) would be impaled by the spikes as they spring back in position! Crazy, right?

While this was an art installation, many actually said this would be a good idea because people could now use the park benches instead of these being overrun by the homeless – but does that mean that the homeless aren’t ‘people’? 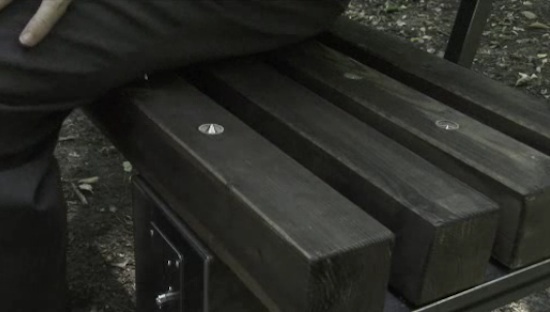 Thankfully, there were more people who were offended by this bench and hoped no one would actually install these in the local parks for real.