On its first week of blind auditions, a Fil-Am singer turns four chairs on ‘The Voice’ season 12 but Anatalia Villaranda won’t be the only Filipino in the season because another one has wowed the judges, this time with a cover of “Happy” by Leona Lewis.

Gaby Borromeo did not turn four chairs but managed to impress The Voice veteran coaches Adam Levine and Blake Shelton.

Levine was so impressed by Borromeo’s performance that he actually ran to her the moment she finished singing – to give her a hug! A lot of Maroon 5 fans were screaming their hearts out as the band’s frontman gave the lovely Borromeo a huge hug. 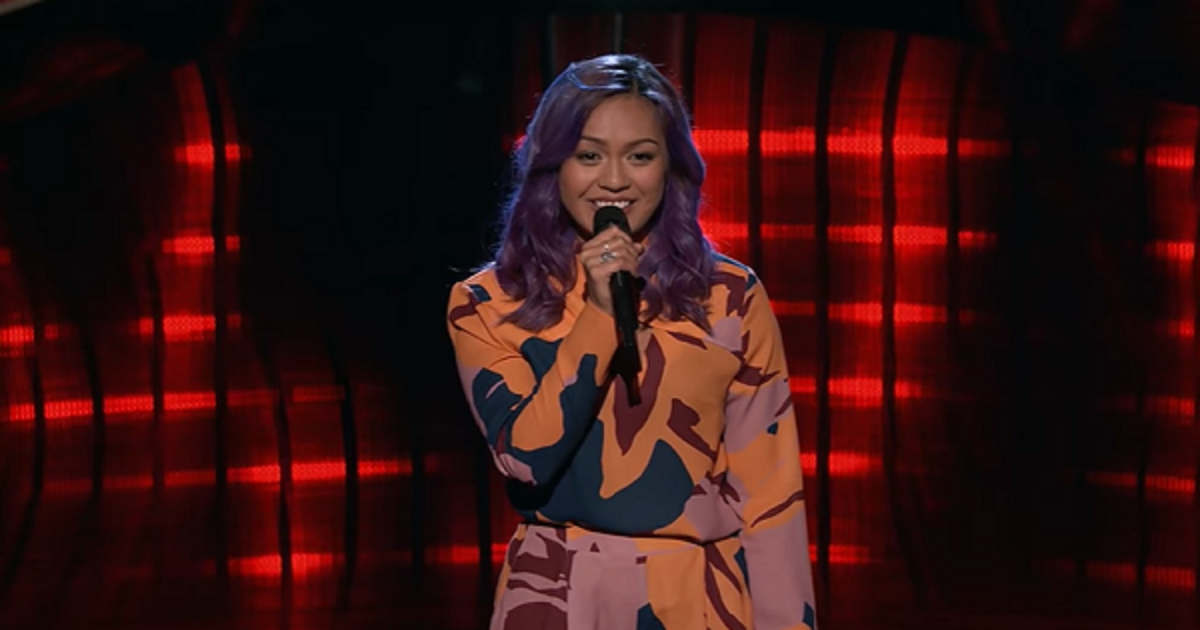 Screenshot from video by The Voice / NBC

It was easy to see that Levine was desperate to have Borromeo on his team – and that’s surely something that says a lot about her voice, especially because the coach had been extra picky this season and said so himself!

Borromeo revealed that she had jumped from one production deal to another in search of a career but ended up with none, so she stopped for a while to rest and eventually made it to The Voice. Levine was quick to speak to her about his own experiences with production deals and made a pitch that was quite difficult to turn away from!

So, even with Shelton’s equally strong pitch for Borromeo to pick him as coach, she eventually chose Levine!

Meanwhile, although coaches Gwen Stefani and Alicia Keys did not turn around for Borromeo, they did praise her vocals and admired her performance. Perhaps they just weren’t sure whether she could fit in their respective teams.

Congratulations, Gaby Borromeo! We’re all rooting for you to make it through the battle rounds and on towards the live shows and the finals!

What is a Fil-Am?