Do you think serving of balut in restaurants should be banned?

Gabrielle Hardy, a New York City-based animal activist, thinks that the Asian delicacy must be removed from the menu of restaurants in NYC. 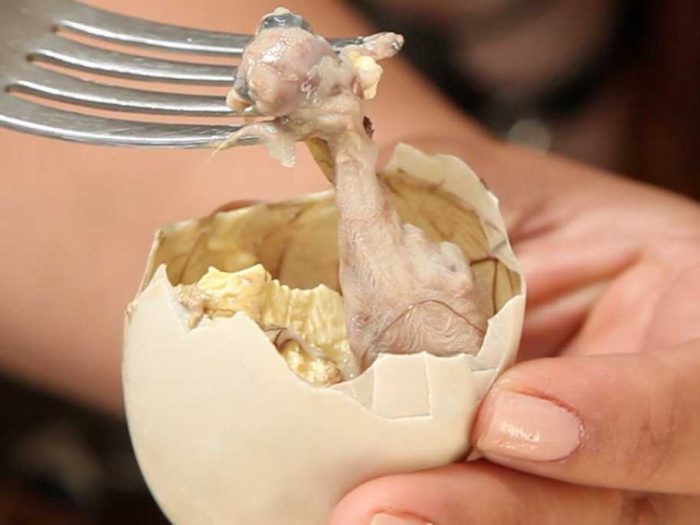 This is why she started an online petition on yousignanimals.com calling for the banning of exotic Asian delicacy in NYC restaurants. The petition aims to collect 5,000 signatures and as of writing, 4,305 people have already signed the petition.

In the petition, Hardy targeted Maharlika, a Filipino restaurant which serves balut. “The owner is really proud of selling this food, claiming it is delicious and full of vitamins and proteins essential to humans.”

Hardy pointed out that the exotic food must not be served because it is inhumane and “disgusting”.

“The truth is that this food is disgusting and should not be served in a restaurant. I am therefore asking the restaurant to get balut off the menu as soon as possible!”

How Balut is Eaten in the Philippines

A popular snack among Pinoys and Asians, balut is a partially matured duck egg which is believed to be source of strength and virility.

Pinoys prefer to add salt and/or chilli, vinegar, and garlic mixture to make their balut tastier. Before the shell is completely peeled off, balut -eaters sip the savoury broth surrounding the duck embryo. The yellow yolk and the young chick, which are said to be the tastiest parts of the balut, are often consumed. The white albumen, which has a tough and rubbery texture and a cartilaginous taste, may or may not be eaten.

In Filipino cuisine, balut is often served as an appetizer, or cooked as fried omelette or adobo. Some also use the exotic egg as a filling in baked products.