An angry overseas Filipino worker (OFW) slammed the Senate of the Philippines, particularly Senator Antonio Trillanes for ‘wasting’ their time on supposed fictitious facts and investigations when they could have used their time in creating laws that would be more helpful for many Filipino people, including making a law on helping out cancer patients.

According to Jophine Pontillas Saldo, her daughter Michelle Erika had been suffering from Acute Myeloid Leukemia for more than 3 years. Because treatment was, according to Saldo, not available in the Philippines, she took her daughter to Taiwan.

She tried to ask help from the office of Trillanes but was only given a Php5,000-guarantee letter from the Department of Health (DOH). She laments how the money was too small and it even came from the DOH, saying the amount could have been bigger or treatment and tests for cancer might be free if only Trillanes and his colleagues passed a law to help cancer patients out. 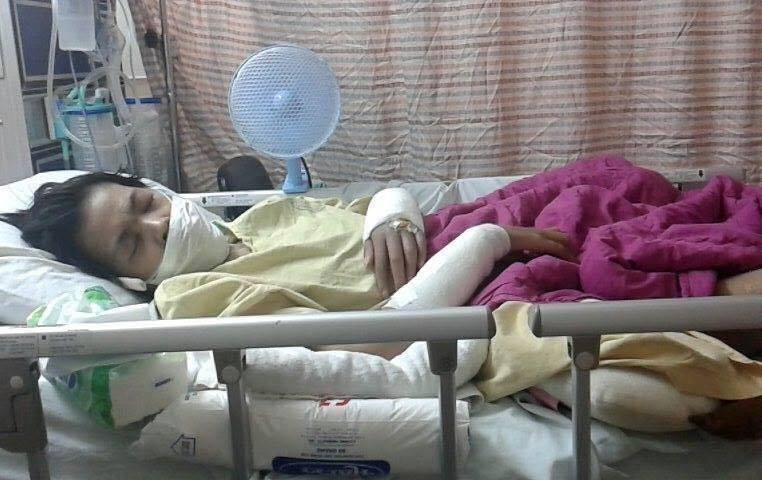 While it is true that the Philippine Charity Sweepstakes Office (PCSO) does provide for chemotherapy, the help is only applicable to one session per patient. Saldo mused that if only senators did their job and created a law for cancer patients like her daughter, it might have been possible to get medications for free.

Saldo believes that instead of the senators investigating ‘fake’ accusations such as the ones being done by Trillanes, they should be doing their jobs and focus on creating laws that would benefit many people. She thinks leukemia patients deserve to be given treatment for free, especially because they have to be isolated from other patients.

Even with Saldo having money to pay for her daughter’s treatment in Taiwan, the young lady died. The grieving mom laments the government’s lack of help and said that while she had plenty of challenges trying to keep her daughter alive and well, many other families in the Philippines are surely having a hard time because they had no money for the treatment – and that’s why the senators should go back to making laws.