MANILA, Philippines- In his tell-all interview with PhilStar columnist Tim Yap, Ian King, now known as Angelina Mead King, has broken his silence on the controversy surrounding his coming out as a trans woman. Angelina chose to tell her story to Yap, a friend who introduced her to wife Joey Mead in 2006.

Over the weekend, Angelina became a trending topic on social media after she made her Instagram account @hailtothe_queen_ open to the public eye. The secret Instagram account, which has been running since 2012, shows her journey into becoming a trans woman. 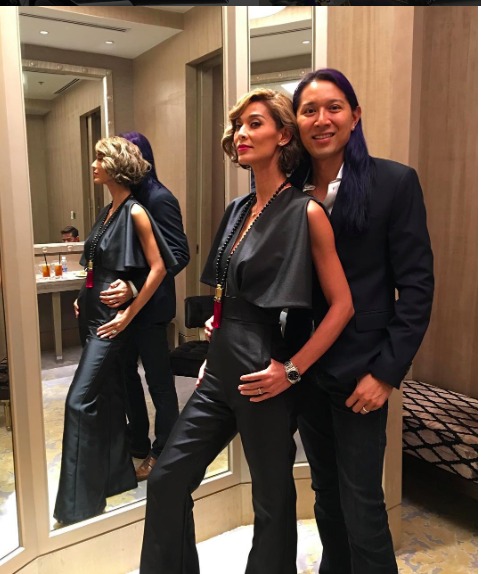 When the shocking news broke, netizens were left confused as to how Angelina’s wife is taking the whole situation. But according to Angelina, she had opened up about her secret life a few months into their relationship which started in 2006.

“I told her I like to wear women’s underwear and it escalated from there,” she said.

With her shocking revelation, netizens also wonder if Angelina, despite being married to Joey, is gay. Angelina addressed the issue and emphasized that sexual preference and expression are two different things.

“No, I’m not gay. I like women. Soft, curvy, yeah, no body hair,” Angelina explained. “Even the way I feel, I like my guy friends but no way. Don’t get me wrong, feminine men are beautiful but overmasculine, hairy and too much muscle … appreciation of people comes in many shapes.”

According to Angelina, her deceased father, Archie King, learned about it in 2009. Initially, he had a hard time time accepting but eventually showed his support in the end.

“My dad had a hard time, definitely, but even though he had a hard time in the beginning, he was full support in the end. My stepmom was my supporter, my real mom was a supporter, too. My brother was little weirded out with it but came on board and then, we started telling… I just told my cousins a few months before this. But now, there is no need to tell anyone, I don’t need to explain myself anymore,” Angelina recounted.

After finally getting their “freedom”, the non-conventional wife-wife couple is overwhelmed with the love and support they are receiving.

Here’s the link of the full interview.

What is a Trans Woman?

A trans woman or a transexual woman is a woman who was assigned a male gender at birth but lives and identifies as female. It is contingent with gender identity and not surgery.