Not wanting to take risks amid the Wuhan outbreak, travelers drew laughs after they were spotted wearing huge water bottles over their heads and large plastic ‘shields’ over their upper bodies! Useful or just over the top and unsafe? 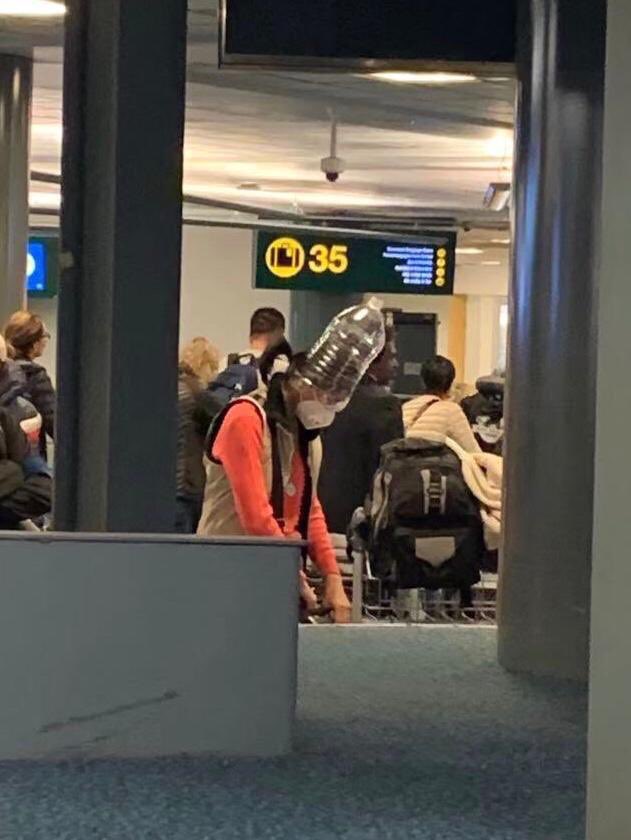 As the Wuhan outbreak spreads across the world, with several cases confirmed in a number of countries far away from China, it is quite understandable that everyone wants to take precautions so they won’t contract the virus. After all, a lot of people were lost to this virus; that’s not a very comforting thought! 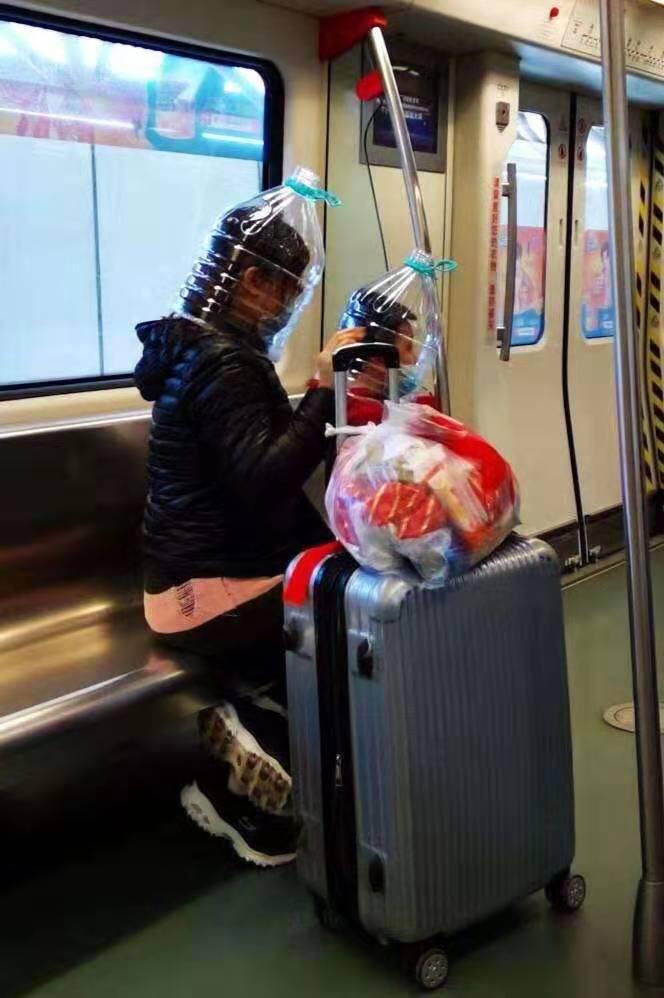 This virus is particularly scary because it can be transmitted even before the infected person shows any symptoms at all! And because the incubation period is 5 days, the infected person could already be spreading the germs as a carrier, even without his/her knowledge. 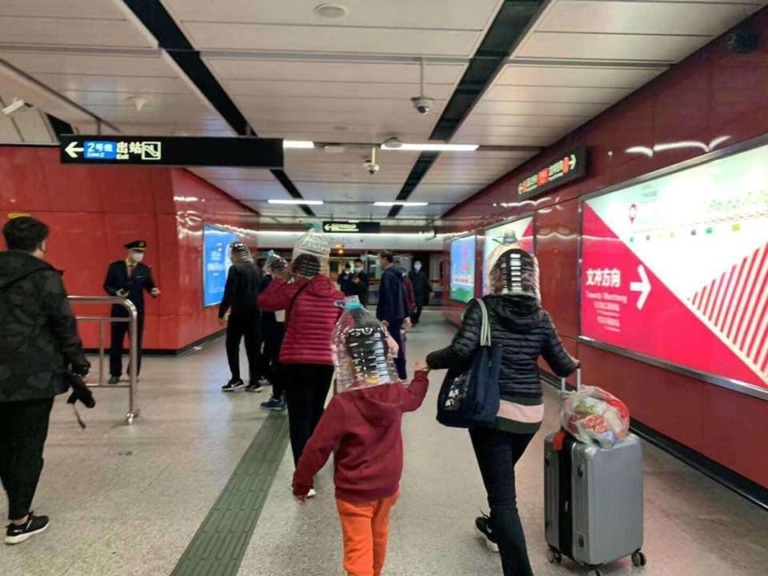 We can’t really fault the travelers for wanting to take extra precautions as they move across crowded areas. Several people were spotted at various airports wearing the huge plastic bottles on their heads. They didn’t even appear to be traveling together. They just had the same idea.

Then, group that appears to be comprised of a family was spotted wearing plastic ‘shields’. While these are probably useless and might actually bring more trouble to the wearer as they could suffocate from these contraptions, the ‘helmets’ and ‘shields’ appear to bring them some peace of mind. 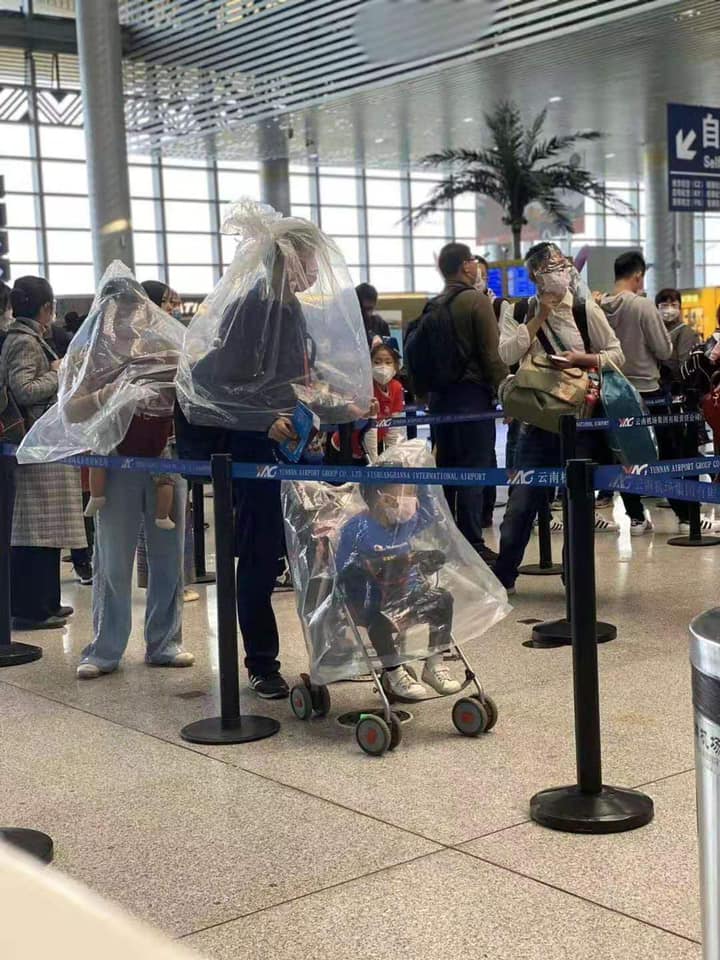 And since they’re traveling with children, the ‘shield’ group at least, netizens are more concerned about suffocation than the family getting the virus. 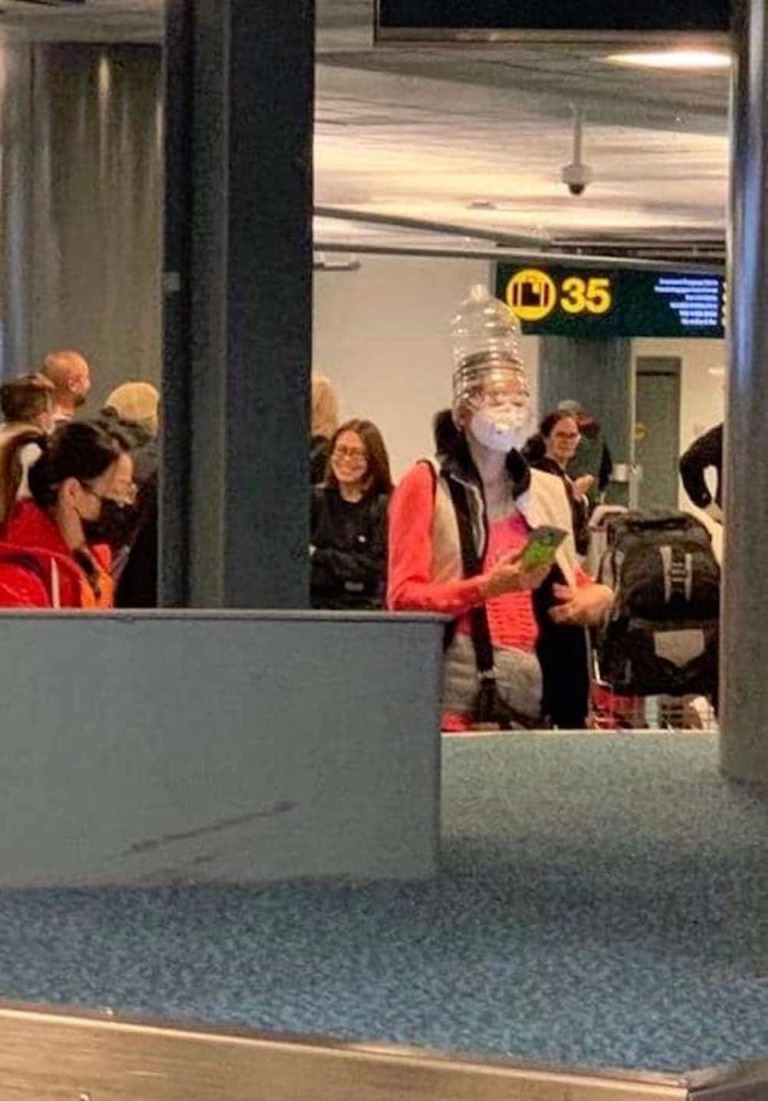 Many netizens suggest that those who feel rather paranoid about the virus but still need to travel better secure hazmat suits. Those are quite expensive, especially the authentic ones, but at least the travelers would be more protected. But whether they will be allowed to wear that through the airport and on the plane is another question, but at least they won’t have to worry about the virus.

A hazmat suit means a suit that protects the wearer against hazardous materials (hazmat). This suit is a whole body garment designed to protect against dangerous materials and substances, including chemicals and biological agents.