How far can your P20 go? What if we tell you that you can become a millionaire using your P20? Hint: We’re not talking here about using your P20 to buy a lotto ticket to win you millions!

So, how is that possible? A lot of us are skeptics and would laugh at the idea. After all, how in the world could P20 become a million pesos, anyway? Well, millionaire couple Rodolfo and Rosiell De Leon will tell it is quite possible!

Starting a Business with Only P20

The year 2011 was the De Leon family’s lowest point as Rodolfo had lost his job. How are they going to feed their family and send the kids to school when they only had P20 left in the pocket?

Knowing how difficult it can be to live without money, the couple gambled their last P20, not in lotto, but in business. But what business can you start with P20, anyway? Since they already had a fridge, Rosiell wanted to sell ice candy but P20 could not buy enough ingredients; thus, she used their last money to buy a bag of plastic to make ice.

The family earned P300 from that capital of P20. They used the money to buy ingredients for ice candy, which soon became a huge hit in the neighborhood and peddlers would also buy from them. Before they knew it, the couple was soon earning P5000 a week!

Now being dubbed as the “Ice Candy Millionaire” when they were featured on Kapuso Mo, Jessica Soho, who would have thought the P20 capital would soon bring them huge daily income? 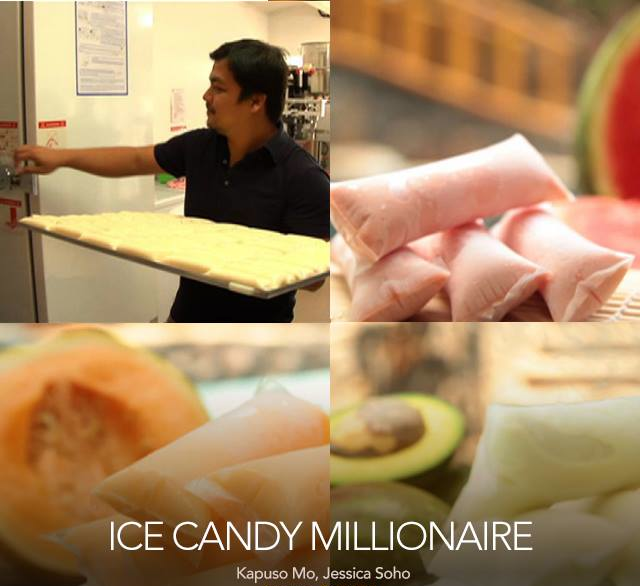 After they began earning P5000 a week, they realized they could earn more by selling their products to school canteens and sari-sari stores. The bought Styrofoam ice buckets so they can leave the products in these stores without added costs.

Though not all days were successful and they did get a lot of rejections from store owners and canteen operators, the De Leon couple persevered.

Today, they are earning around P15,000 a day which totals to around P450,000 per month! That’s quite amazing considering how they only started with P20 just around 4 years ago!