Ziplining has become one of the most popular activities that thrill-seekers love to do in the places they visit, especially if the view is also stunning but one popular attraction has upped the ante by offering a more exciting zipline experience: enjoying a zipline ride over a pond with alligators!

Would you willingly try this activity? I probably wouldn’t do it even if they paid me!

Proving that the activity can get really dangerous, a video of a woman who was nearly bitten by an alligator was ziplining over the said pond has recently gone viral on social media. 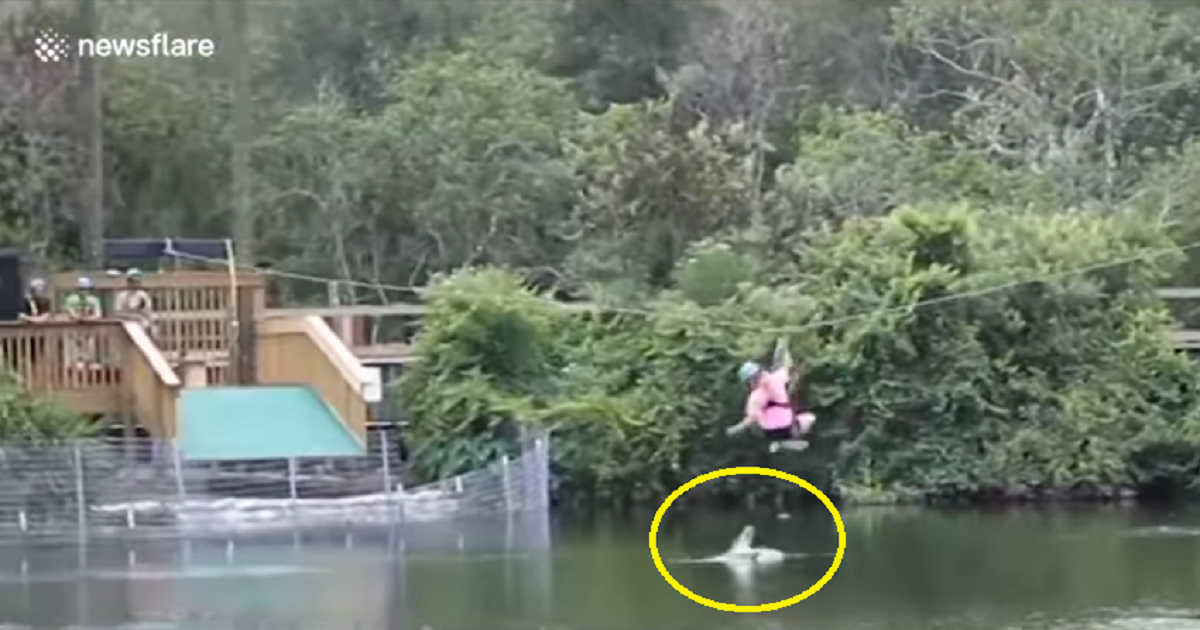 According to Little Things, the pond which was located on Florida was known for its alligators. Also, it is not the only body of water in Florida that has dangerous reptiles lurking but this one was particularly popular because tourists can take a zipline ride over its waters.

What could be more exciting and dangerous that ziplining over a pond of alligators, anyway?

In the clip, it was said that a group of instructors were testing a new line placed over the pond. To ensure the ride is safe, one of the instructors hooked herself on the zipline while another one took a video of the ride.

Other instructors waited at the other side of the zipline.

The ride went smoothly for the first few seconds but just as the woman was about to reach the end part of the line, a large alligator. It jumped on the water in a bid to take a bite of this tasty snack zipping overhead.

Lucky for the woman, the line was much higher than the alligator’s powerful jaws. She could have been its lunch if the line was a few feet lower or had she been much taller and heavier…

Check out this spine-tingling video: