Astronaut Scott Kelly has been staying in the International Space Station for close to a year now – and he has been sending the Earth various tweets featuring stunning photos of the planet as the space station drifts by.

On November 16, 2015, he unwittingly sent a tweet that sent alien hunters screaming “UFO spotted!” because of a bright object with lights at both ends seen at the upper right corner of the photo.

In the foreground was the Earth, filled with bright man-made lights to brighten up the night but many people were not so interested in that shot because they were focusing on the bright object at the corner of the photo. 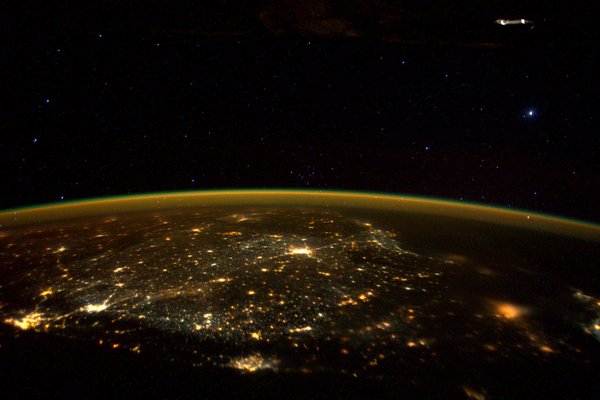 Alien hunter Sonofmabarker remarked on YouTube, “In the upper right of the photo you can clearly see a large object with two lights on each end. It also appears to be very large and constructed.”

We looked closely at the photo – and believe Sonofmabarker to be right!

The object does appear to be weird and out of place in the nighttime sky. While the stars (and other planets?) shine brightly as single spots in the sky, this object does appear to be connected to each other, giving the impression that this could truly be a UFO, some alien spaceship that flew past the Earth unnoticed by the astronaut who was enjoying the stunning view of his home planet.

Hours after the photo went viral and debated on the web, explanations were set forth by various people; though NASA has yet to give an official statement to this “UFO”.

Several astronauts debunked the UFO theory, revealing that the “UFO” was actually part of the ship! One of them, @Rainmaker1973, posted a photo taken seconds after the now-viral shot, clearly showing the two spots at the bottom of the space station. 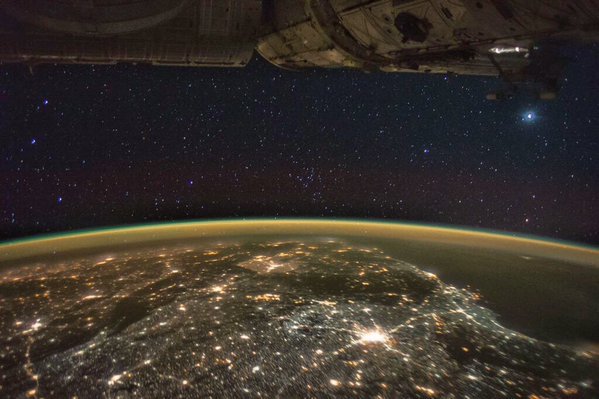 Other photos were also shared, giving credence to the astronaut’s explanation.

Well, the UFO theory can be scrapped now but I am still wishing Kelly had truly taken a photo of a UFO!