Being a teacher is one of the most challenging jobs in the world. While it is, technically, a safe profession in that the teachers aren’t dealing with explosives or other dangerous materials, they do experience other kinds of challenges. Many have to deal with unruly students whom they couldn’t discipline, particularly in recent years because the system protects students from teachers’ anger and punishment. 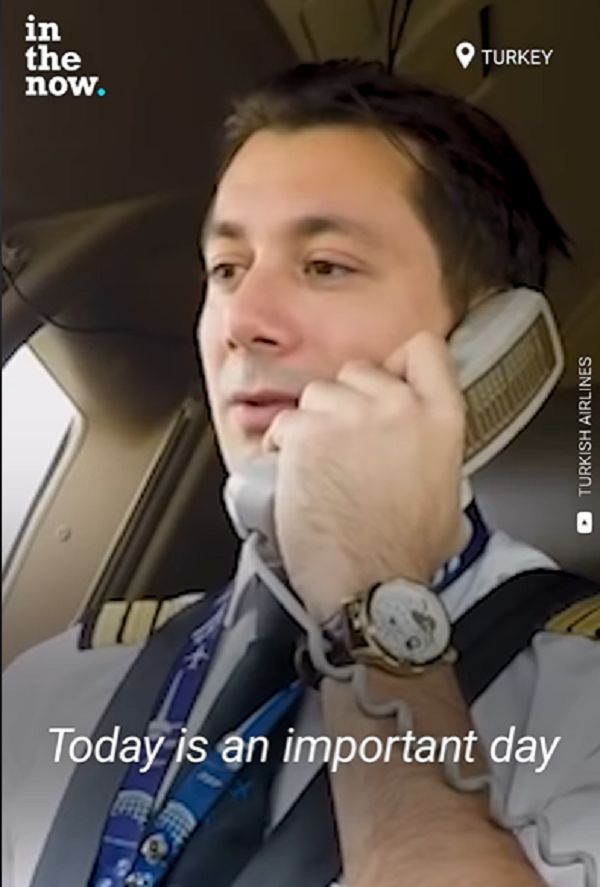 Still, teachers are awesome! They teach young minds and help them prepare for the future, whether the student knows the significance of a teacher’s actions or not. Thankfully, while there are students who think they are better than their teachers, many understand the importance of teachers and their significant role in our lives. 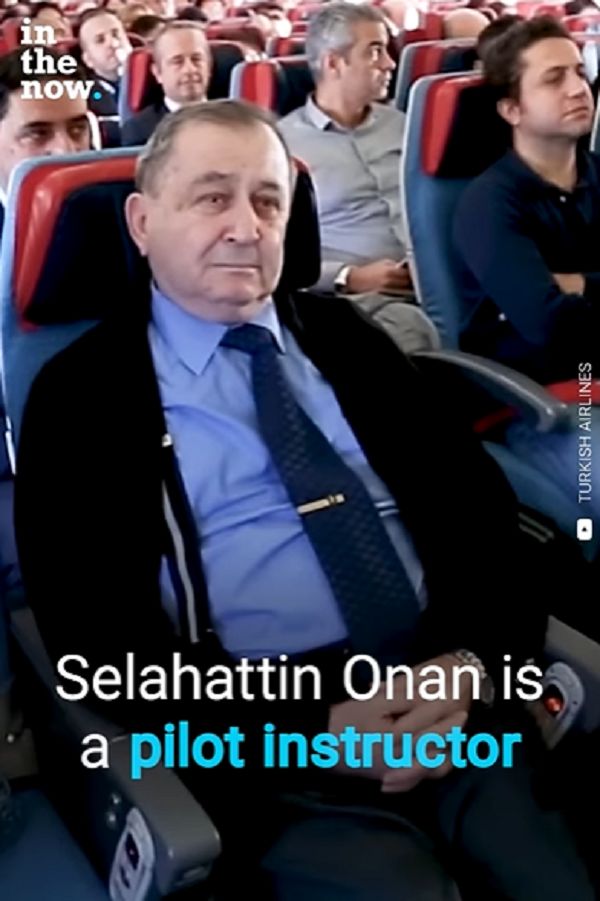 Recently, Selahattin Onan boarded a Turkish Airlines plane for a personal trip. What he didn’t know is that his former students would prepare a big surprise from him! 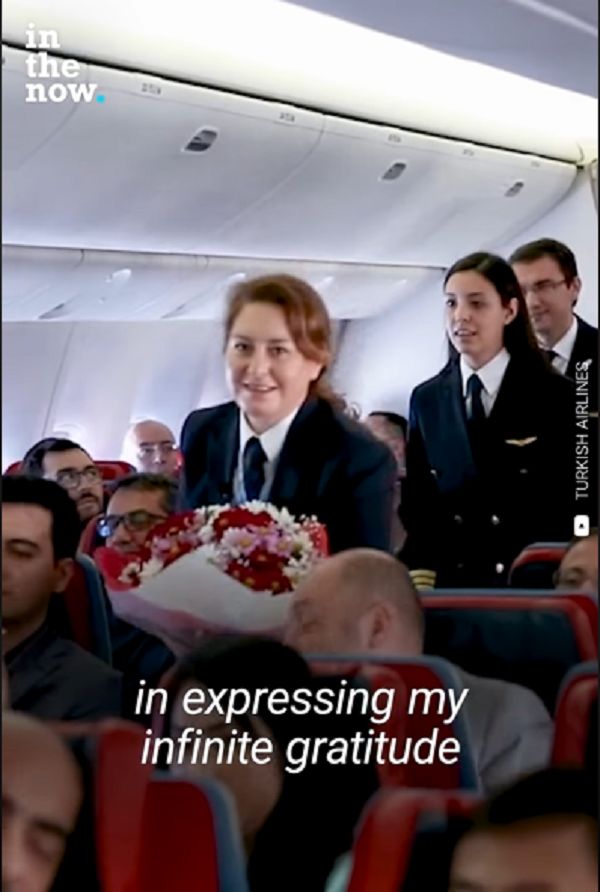 A captain for 20 years before serving as pilot instructor for 10 years, Mr. Onan guided thousands of aspiring pilots in their journey to becoming captains of their own airplanes. According to the young pilot who was set to fly Mr. Onan’s plane that day, their instructor was not just a teacher to them but also their father figure. He’s a man who treated them all like his own children. 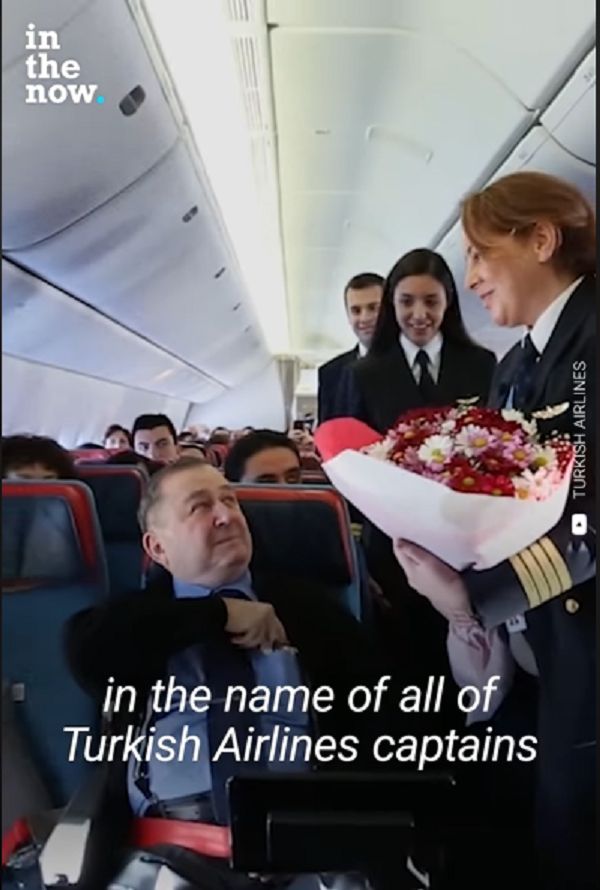 Acknowledging the impact that he had in their lives, these young pilots wanted to surprise their teacher and thank him. So, in that flight, the pilot announced on the PA system that the flight is extra special that day, due to the presence of one person – their teacher, Mr. Onan. 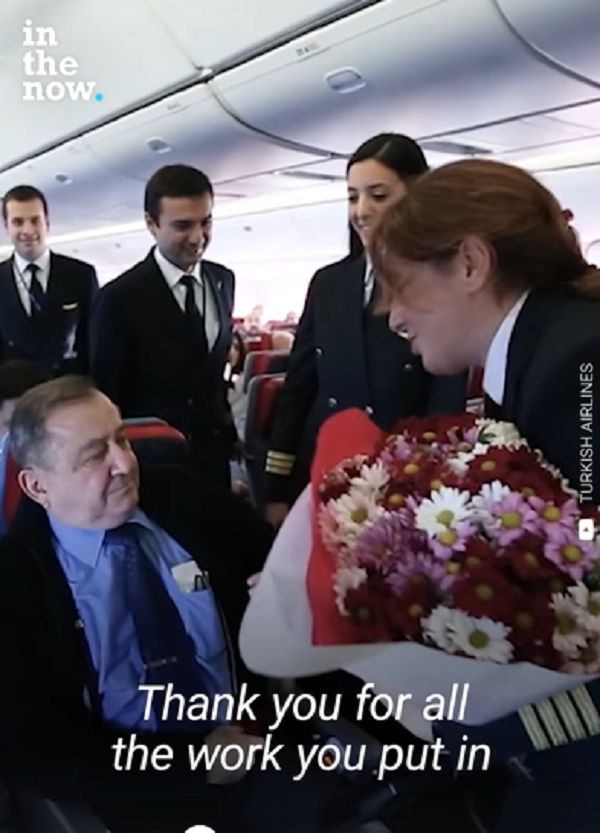 The pilot was not the only who thanked Mr. Onan that day because there were also clips shown on the screen of other pilots who shared how their teacher became an inspiration in their lives. Then, several pilots also brought flowers to their teacher, giving him a hug and kiss – and Mr. Onan could not help but cry with happiness… 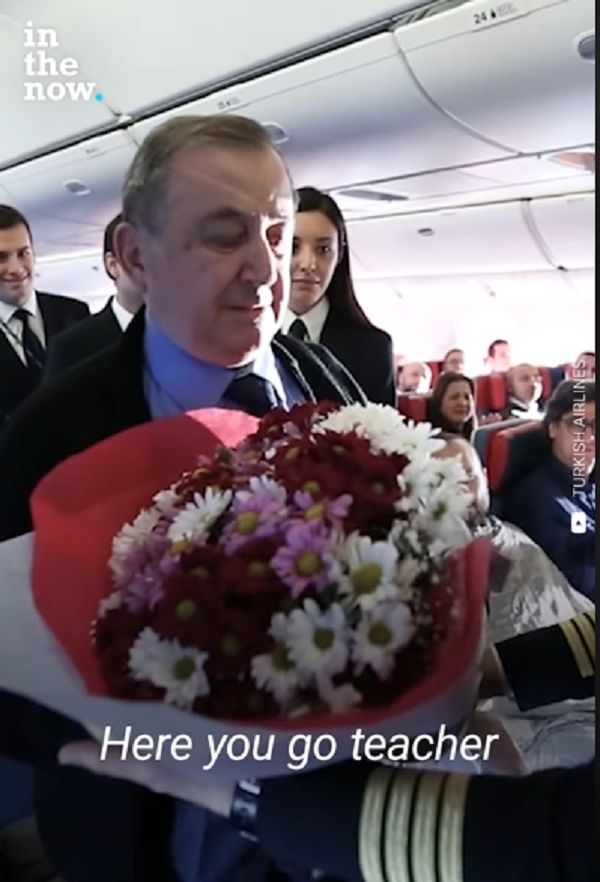 A pilot is a person who controls an aircraft. The term is often used synonymously with captain and commander.