Whether they admit it or not, rough baggage handling is a fairly common occurrence among airlines mostly because they are tasked to handle so many luggage in just a short period of time to get things ready for the flight.

Of course, some airlines have more efficient ways to handle luggage without damaging these but many have come under fire for this rather common issue.

AirAsia founder Tan Sri Tony Fernandes told his staff that he is constantly receiving feedback about damaged bags every single day that he’s decided to do something about it. 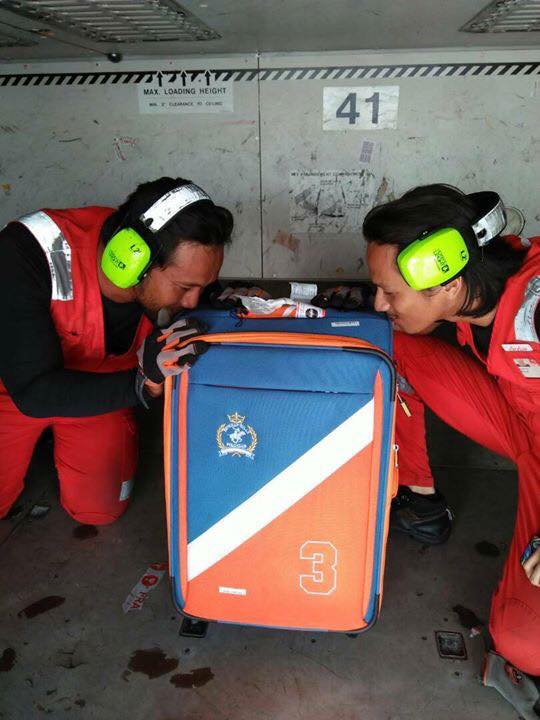 “Please look after the bags better. Every day I got someone e-mailing me about the bags. Don’t throw the bags anymore, kiss the bags,” Fernandes told the staff. 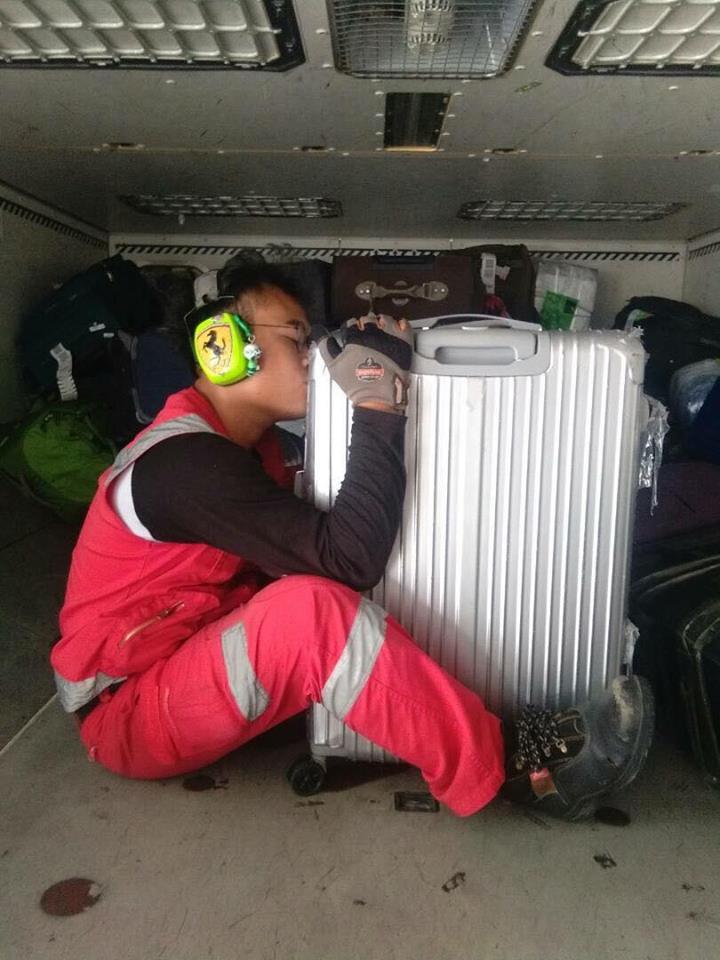 While this just might be a metaphor, some staff took the directive too literally and posted photos of themselves kissing the luggage they are handling! 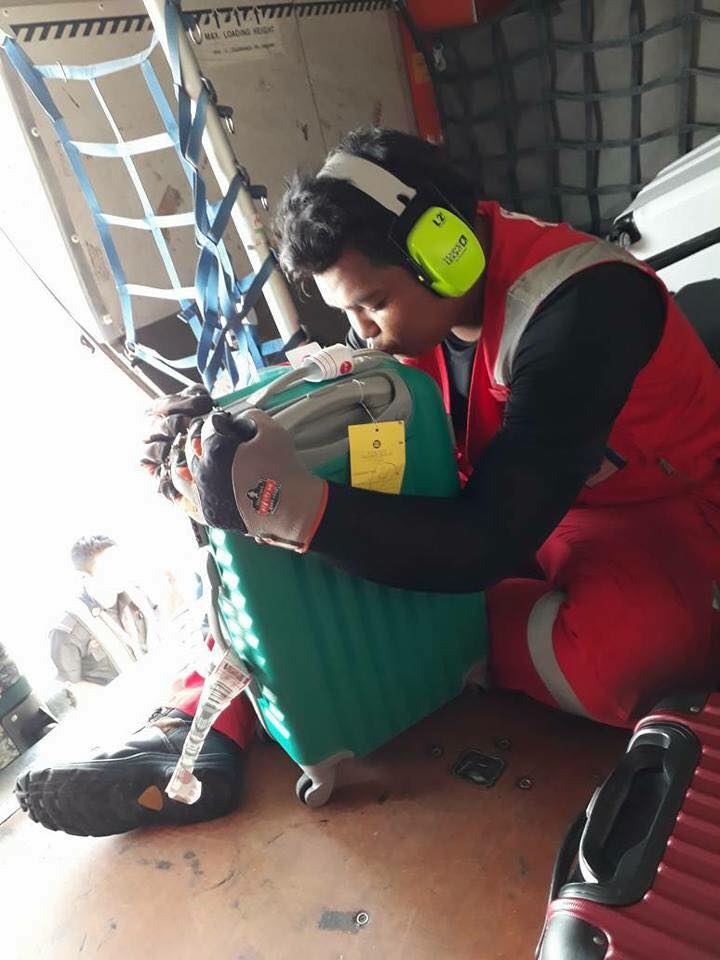 “Dear bag, it doesn’t matter how heavy you are, we will handle you with care and kiss you. Love you, bag. All of us apologise for our mistakes before. Please stay tuned with AirAsia,” one post read. Fernandes would later praise his staff for complying with his directive.

But do you think this is rather weird?

Well, a lot of netizens were unsure what to feel about this rather ‘loving’ way luggage is now being treated in AirAsia flights. 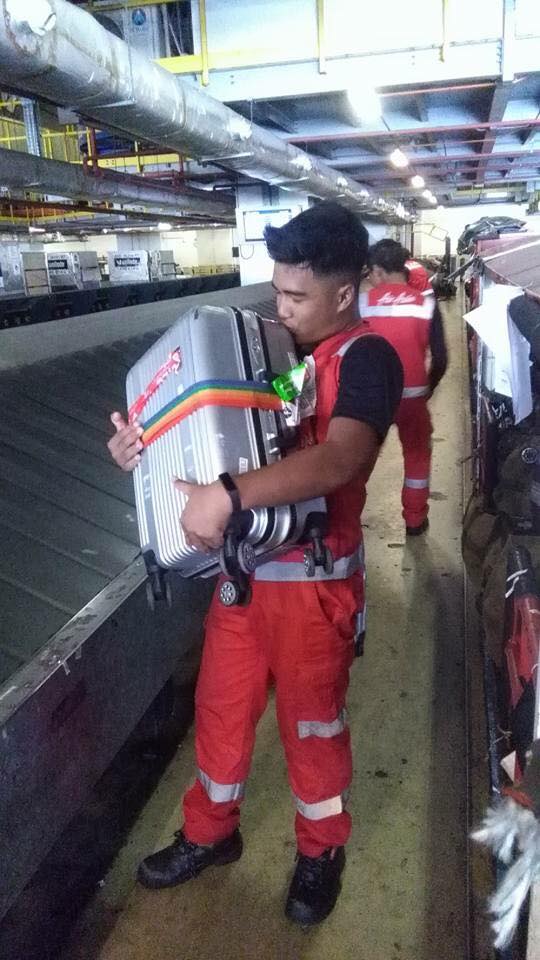 Many felt disgusted to have these strangers creepily kissing their luggage like a lover but others pointed out that these workers might be having fun with the airline founder’s directive but should remember that these passengers’ luggage had gone to various places, put in dirty spots, and not as clean as they might look. Yuck! 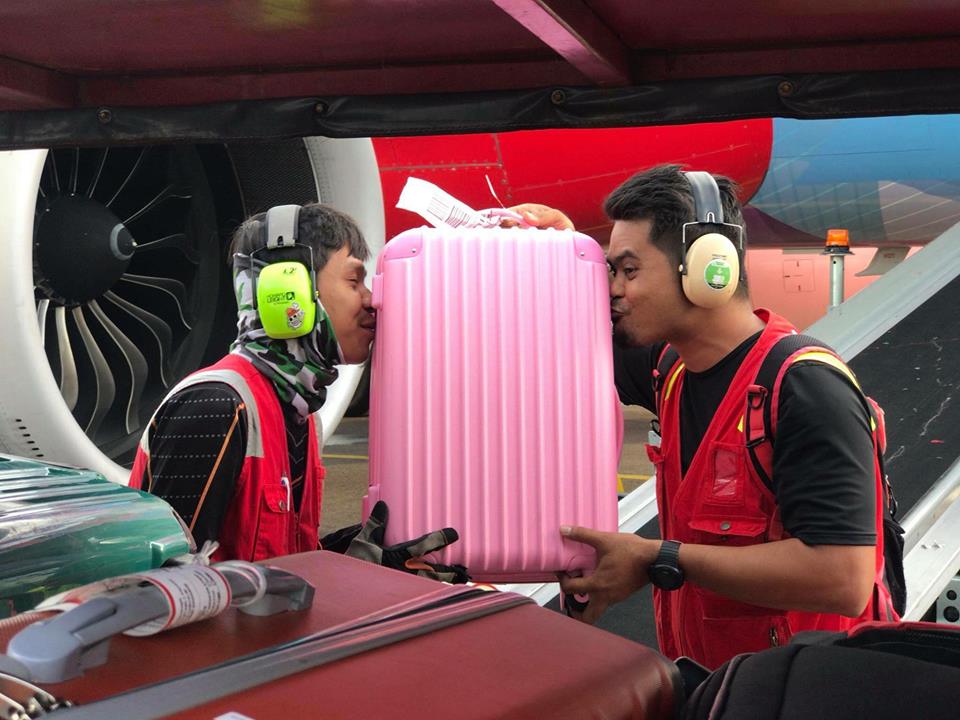 Of course, this might also be something that the airline is doing to divert media attention after getting caught in controversy over recent mishandling of baggage wherein, according to World of Buzz, a passenger had recorded airline staff throwing around luggage marked with “Fragile”, including an expensive bike that later became damaged. Ooops.