Bryan Thouvenel has not seen his daughter, Harmony Rain, for almost two years. Fortunately, he eventually found her in Spokane, Washington at a Salvation Army homeless shelter.

Bryan, once an aspiring songwriter, met a girl in 2010. He sang to her “The Long and Winding Road,” a Beatles classic, during a karaoke night. They eventually fell in love and were in a relationship for two years before she left and took their daughter with her to Washington.

Needless to say, Bryan was heartbroken. He told the NYDailyNews, “Those memories, for me, they’re painted on my heart,” he remarked. “To find out they weren’t painted on hers — it was devastating.” 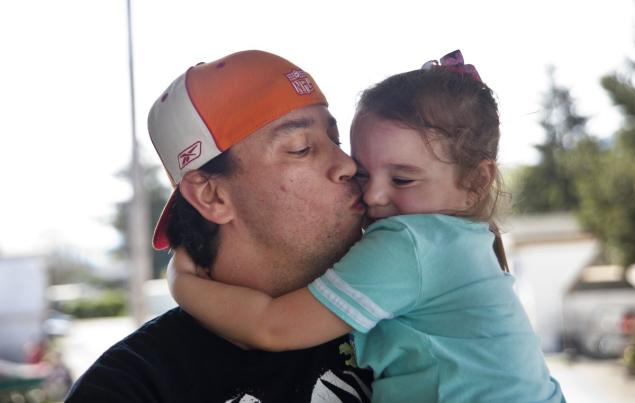 He did his best to search for them and later filed for a custody at the Douglas County Courthouse.

One day, while at a restaurant with his mother, Cindy Lorenz, a friend called him and said they saw Harmony at a Salvation Army shelter. Speaking about his mother, Bryan shared “She’s not in the best of health in the world, you know, but she drove for 10 hours straight until we got up there to the courthouse.” 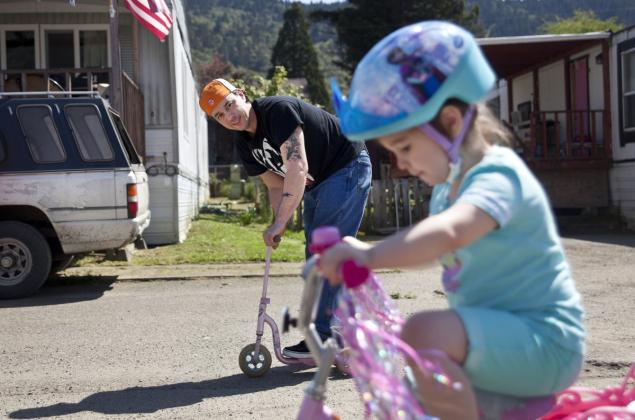 With help from the local court in Spokane, Harmony was eventually back in Bryan’s custody. After the court’s decision, the 41-year-old father was asked to wait on a bench outside the courtroom – and then the much-anticipated reunion finally happened.

“I sat there and the next thing you know I’ve got my daughter coming out, walking by herself. She’s kind of looking around, and I said her name once. She kind of looked at me funny and I said ‘Harmony, it’s daddy.’ Her eyes just kind of lit up.” 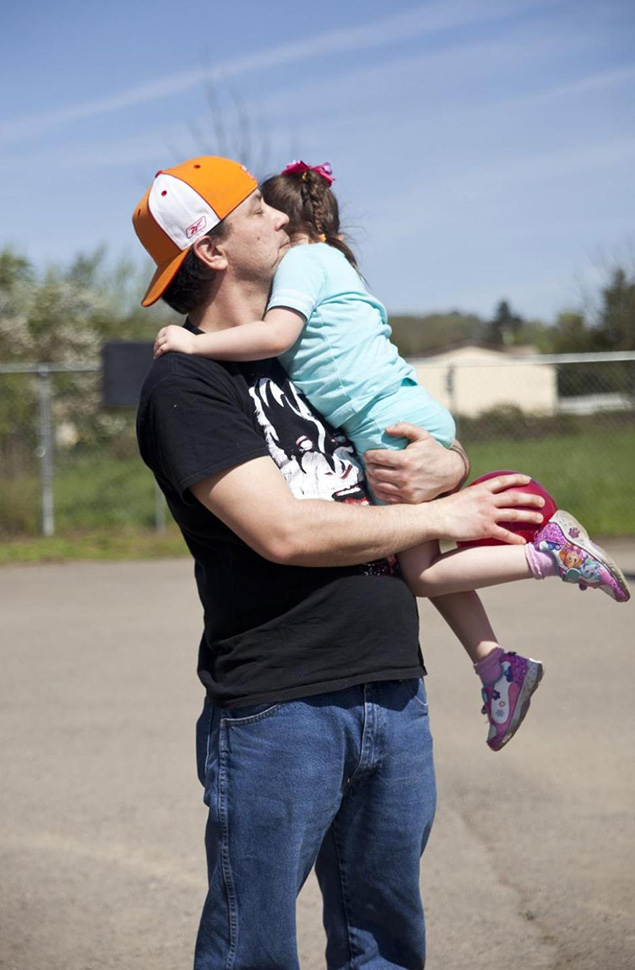 Nonprofit organization Time to Put Kids First heard about their story and has granted the father and now 5-year-old daughter a trip to Kauai, Hawaii. They will be leaving in May.

Bryan, of course, is very grateful for it. He said:

“For two years she didn’t have any memories with me so they decided it would be a nice idea to send us over to Hawaii for a retreat. It would be this huge memory that she would actually remember. Regardless of whatever happens in the future, she will always have this one memory with dad.”