They went viral for the unique way they met while both stuck in quarantine in their respective buildings, but a couple in New York had their followers cheering as they finally got their ‘short distance’ date.

From Balcony to Street Date 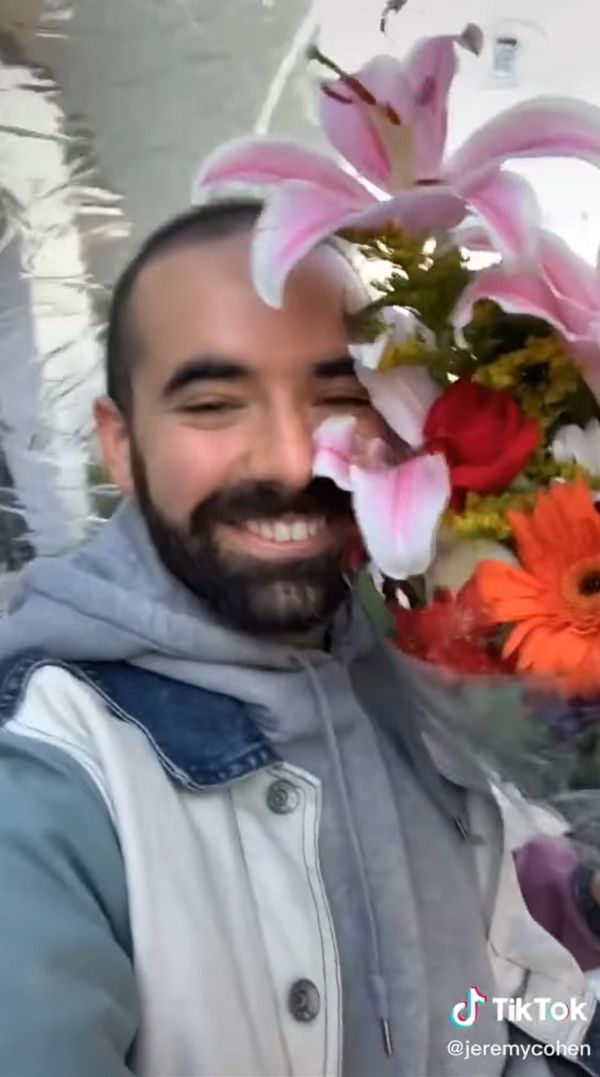 Jeremy Cohen went viral for getting a date with Tori, the girl he saw dancing on the rooftop of the building across the street. But because they were in quarantine, the two only had a ‘long-distance’ date as they enjoyed food and wine at their respective buildings. Jeremy had his meal at the balcony while Tori enjoyed hers at the rooftop of her apartment. 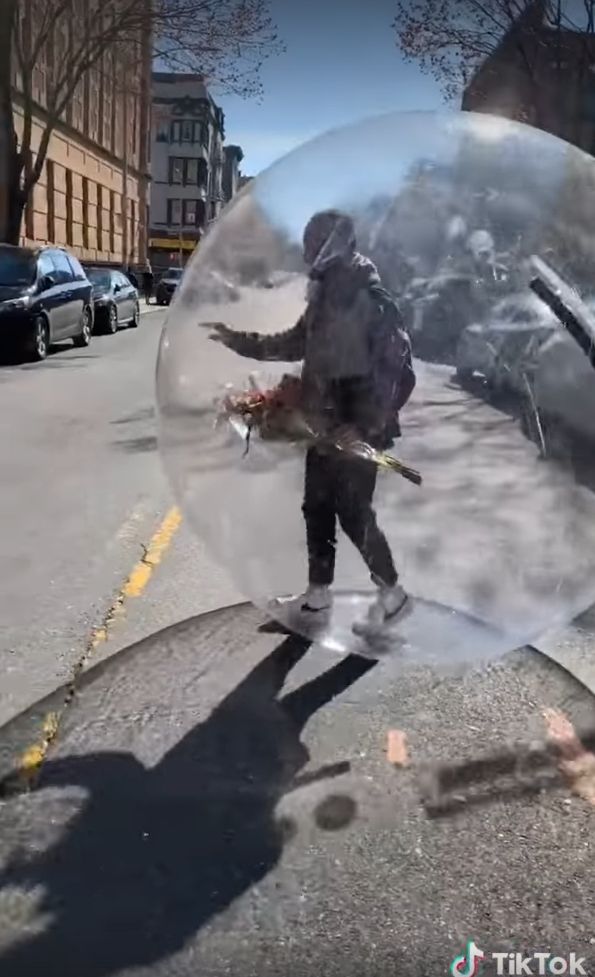 It was both sweet and hilarious, leading many people to wonder what would happen when the two finally get together for a ‘short-distance’ date. Well, that happened some days later, with Jeremy inviting Tori to finally meet up downstairs, at the street separating their respective apartments. 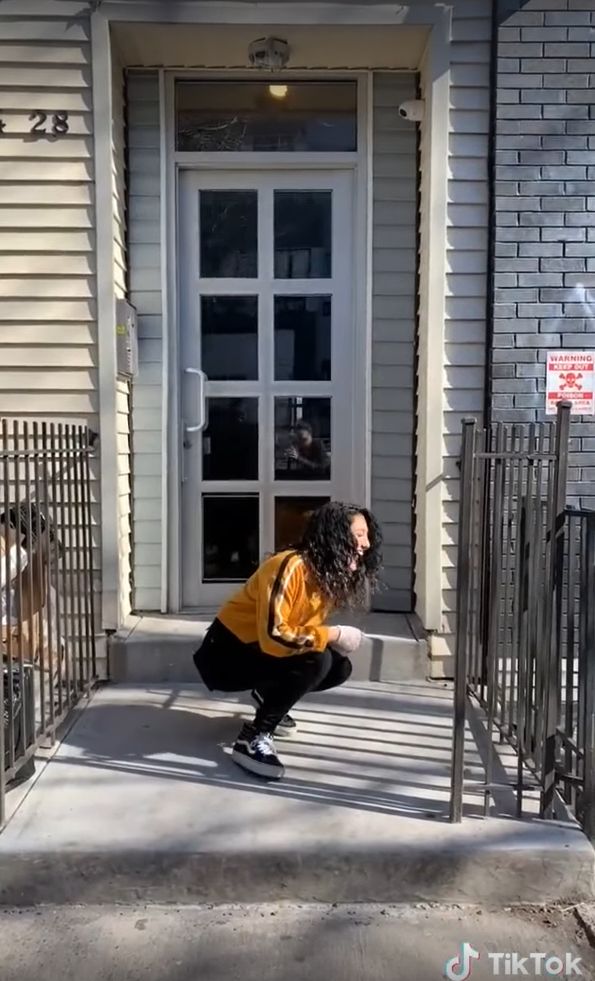 Ever the funny guy in this hilarious quarantine love story, Jeremy decided that he would still keep quarantine protocols by also taking social distancing to a whole new level – he inflates a zorb ball and steps inside! LOL. 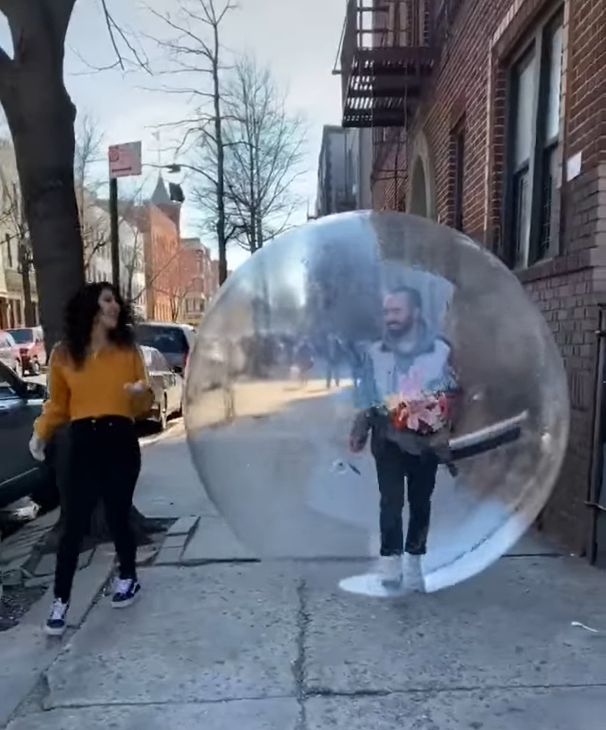 He also made sure to bring her some flowers and hand sanitizer but realized that it was a ‘misstep’ since he’s inside the bubble, he can’t actually hand it to her. But she really had a good laugh over his antics, even as they went out for a walk around their neighborhood. 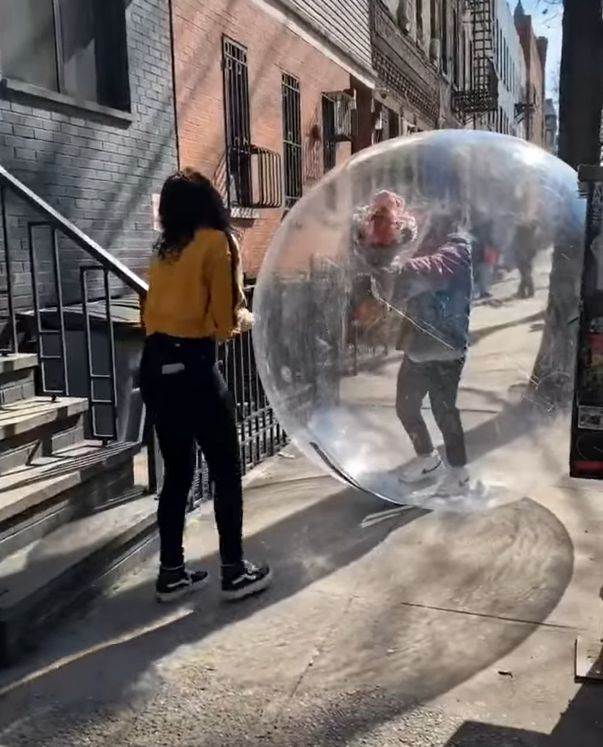 Soon, they were spotted by some patrolling policemen who realized they were the couple ‘from Channel 4’, referring to their feature story on the news channel the previous night. The cops didn’t make them go home; instead they asked for a groufie. 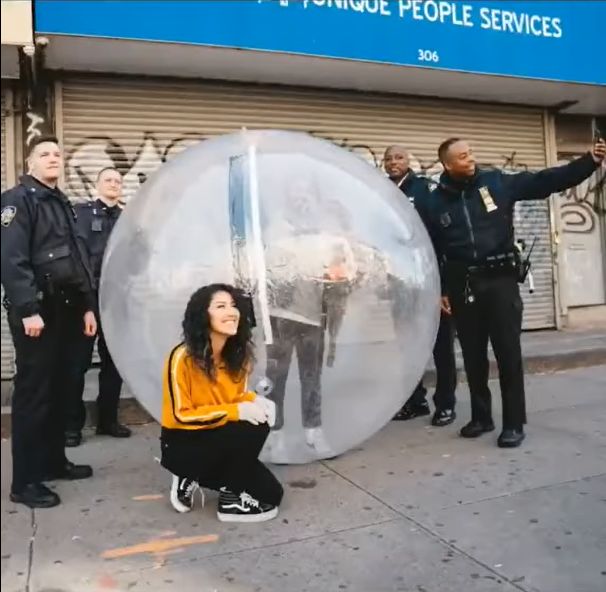 A zorb ball is a bubble-like large ball made of thick plastic that’s 0.8mm thick. The inner and outer balls are connected by hundreds of pieces of rope; these keep the balls turning together.