Home
Lifestyle
After Buying Wife’s Promised Porsche, Man Raffles It Off Because She Finds It “Too Fast”

Fifteen years ago, Andi Love promised his girlfriend, Leanne, that he would buy her a Porsche, her dream car, someday. At the time, he recalled he could not even afford a Mini.

Years of hard work paid off and Andi was finally able to buy Leanne, now his wife, a black Porsche Cayenne S version 4.5 V8 just like he promised her he would.

Leanne loved the car at first but realized it was too fast for her. She made the realization upon reaching the motorway, narrates Andi. Afraid that the car was too powerful for her, Leanne would not drive it anymore.

Understanding husband that he is, Andi began making inquiries as to how he could resell the Porsche but was met by unscrupulous dealers who valued the car at something much lower than he expected.

Tired of dealing with these people, Andi found a way to somehow get back the value of the car by raffling it off at a cost of £150 per ticket. The winner will be based on the results of the bonus ball for the National Lottery in the UK. Participants of the raffle pick any number from 1 to 49; whatever the result of the bonus ball will be the final winner of the Porsche. 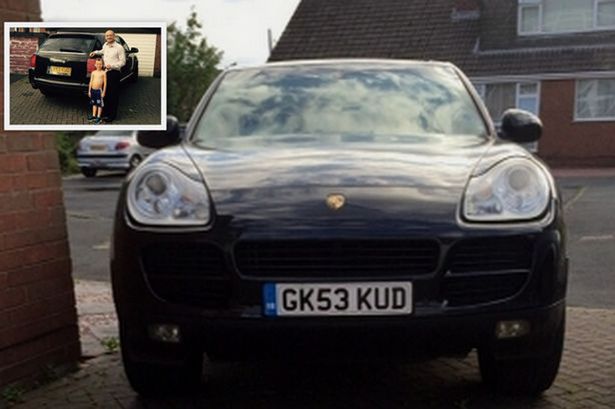 A total of 49 people will be allowed to enter – and at least 39 slots have been filled so far! As an added bonus, Andi promised that whoever will win will get a refund for his £150 and the car. The rest of the money (around £7,200) will go to his wife.

To make sure that others don’t feel cheated of their money, not only is Andi basing the draw on the lottery ball (surely he does not have a hand on whatever number will be picked), all raffle participants agreed to his terms: the winner has to agree on a public photo which Andi will post on Facebook.

The Porsche line of cars is composed of luxury vehicles which include high-performance sports cars, sedans, and SUVs. It was founded by Austrian engineer Ferdinand Porsche. The company actually has a long name, Dr. Ing. h. c. F. Porsche GmbH, but this is usually shortened to simply Porsche AG.

The Porsche brand is a reliable brand in that “97.4 percent of Porsches from the last 25 years are still on the road”, reveals a Canadian study.