Home
Lifestyle
After Borrowing (and Not Paying!) for Years, Woman Blocks Friend for Not Lending Her Again

We all have our struggles in life; problems and challenges that we encounter along the way. Thankfully, there are people we can count on to help us out. But always remember not to abuse their kindness!

A woman who goes by the name Shirlyn Sapp on Facebook shares some screenshots of convos with a friend whom she had helped throughout the years. Even when they were still students, she would lend this friend money – and not just by the hundreds but actually in a few thousand pesos! 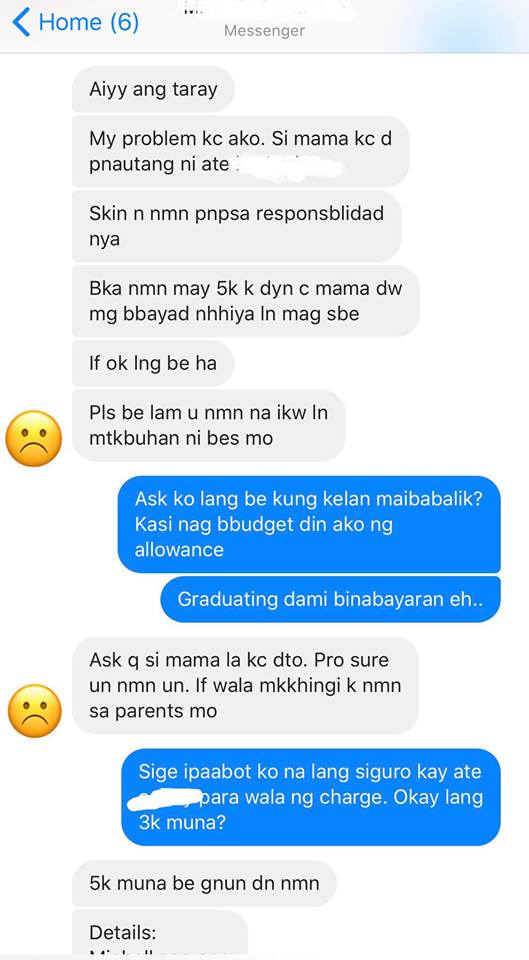 Sometimes it’s ‘just’ Php1,000 but at times it can go as high as Php5,000. Her friend wouldn’t even take ‘no’ for an answer, urging her to ask money from her parents if she didn’t have extra on her allowance.

There are also times when this friend, whom she didn’t name, would ask for more money and promised that her parents would pay but according to Shirlyn, while she had always sent money to this friend, she never got paid a single cent back.

Still, knowing that she’s more financially secured compared with her friend, she let everything pass. Never did she say anything bad to her friend or force the latter to pay up.

The time came when Shirlyn became an overseas Filipino worker (OFW) in Qatar. Now that she’s working abroad, her friend must have thought she’s gotten a huge upgrade on her bank account – and that she, the friend, was entitled to this additional wealth.

Incredibly, this thick-faced friend ‘joked’ that she wants to ‘borrow’ Shirlyn’s boyfriend so she could also experience having someone to buy her stuff.

Now that Shirlyn is a ‘rich OFW’, the friend asked for Php13,000 in exchange for an iPhone 6 she wanted to pawn. When she told the friend that she won’t accept the deal as no one would be using the phone, the ungrateful friend turned her beast mode on and attacked her. 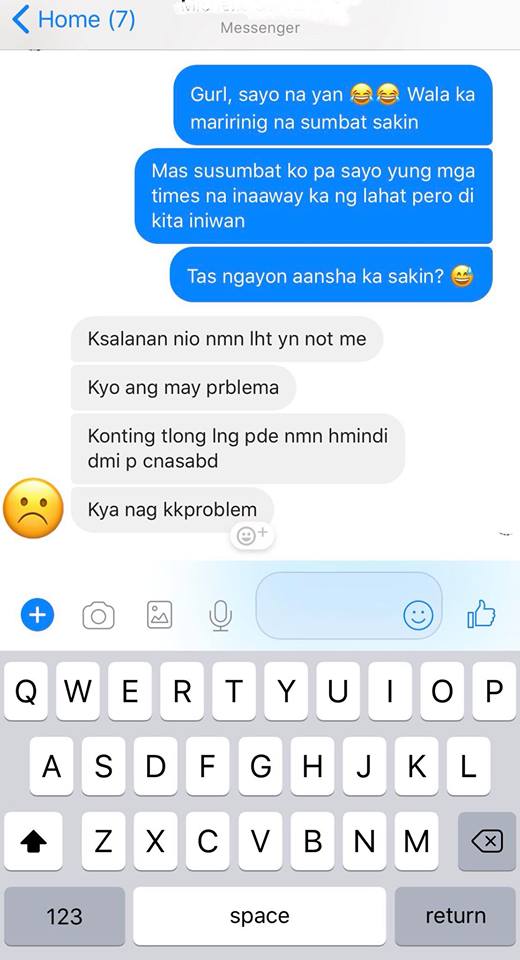 And after years of helping this friend out and never getting paid back, Shirlyn got blocked by the ungrateful woman! Whew!