The adorable video of a dog hugging a cat as they go birdwatching from the couch recently went viral, with many netizens commenting how cute it was that these two are bonding and have become good friends! 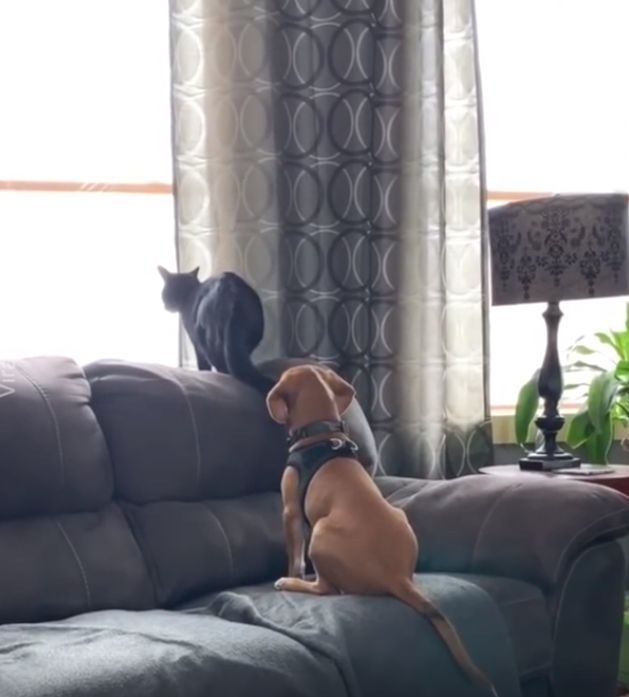 Everyone knows that most dogs and cats don’t really get along well. But this pair is just an exception to the rule – and there’s many like them, actually.

In the video, a black cat jumps up on the top part of the couch to go birdwatching out the glass window. Seeing its friend up their favorite spot, the brown dog jumps up and also enjoyed the ‘show’. What’s so cute about this brown beagle is that it even put its paw around the cat, giving it a half hug as they watched the birds flying outside their house. 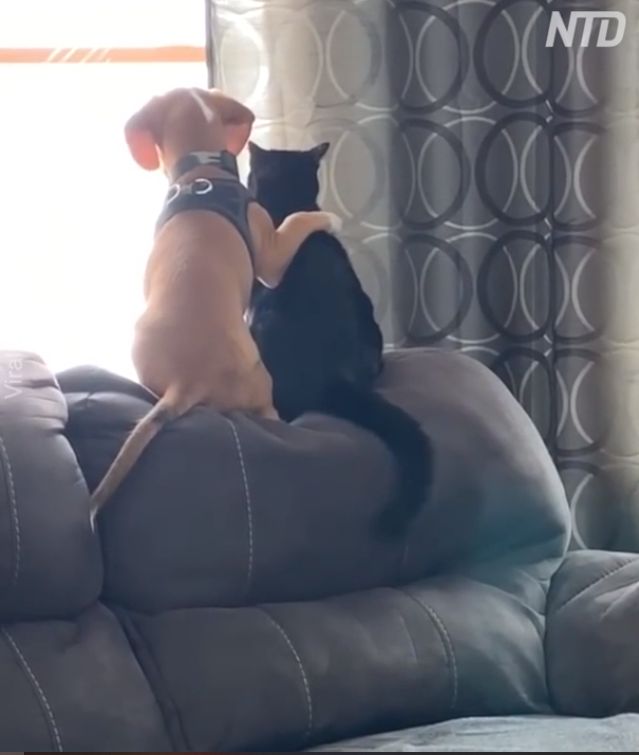 It was so cute and the two appear to be such good friends! It’s like watching two people watching something together, with the guy putting his arm around the woman’s shoulders. It’s so sweet right?

There were a lot of netizens who commented that while the dog appears to be so excited to be birdwatching with its best friend, the cat does not appear to be as happy. They believe that the cat’s continually moving tail is proof that it was not as comfortable as it appears. 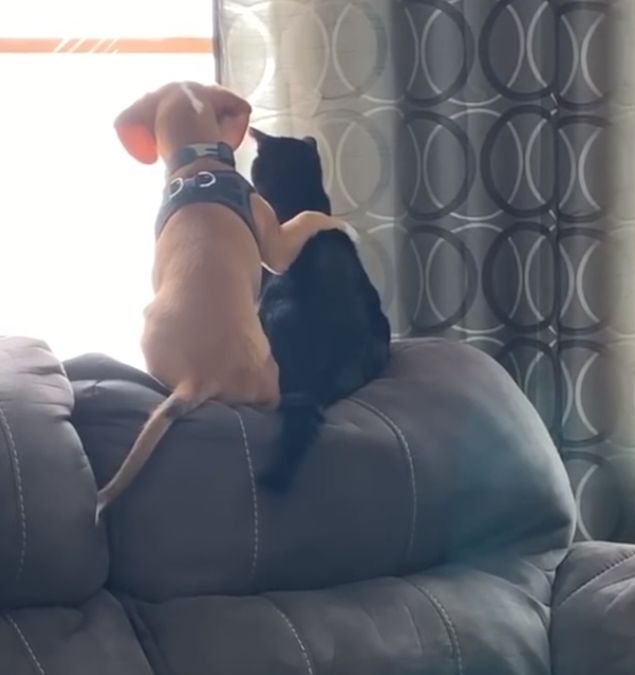 “Sweet little puppy annoying the cat. Going by the way that cat is wagging its tail it’s not having as much fun as the dog is,” one netizen observed.

“If it’s so sweet and cute, why is that cat wagging its tail so much?” another wrote.

“Cuz that’s what they do. If that cat didn’t want that dog near it, the dog would know,” another replied to the comment.

Dogs wag their tail when they are happy but cats actually do the same thing when they are annoyed or angry. An agitated cat will flick its tail.