In this day and age of people entering and breaking relationships almost as easily as they change their clothes, it is still quite refreshing to hear stories of old couples who managed to make it through thick and thin, weathering all the challenges that life had bombarded them, and staying together to old age despite everything that they had been through.

Take for example this lovely story of the parents of Twitter user Amy Pennington who had recently gone viral for reasons that you would probably not expect – Pennington did not expect the photo would go viral either!

According to Pennington caption accompanying the Twitter post, “My grandma had surgery on her wrist and couldn’t do her own hair so my grandpa did it for her. Cuteness overload.” 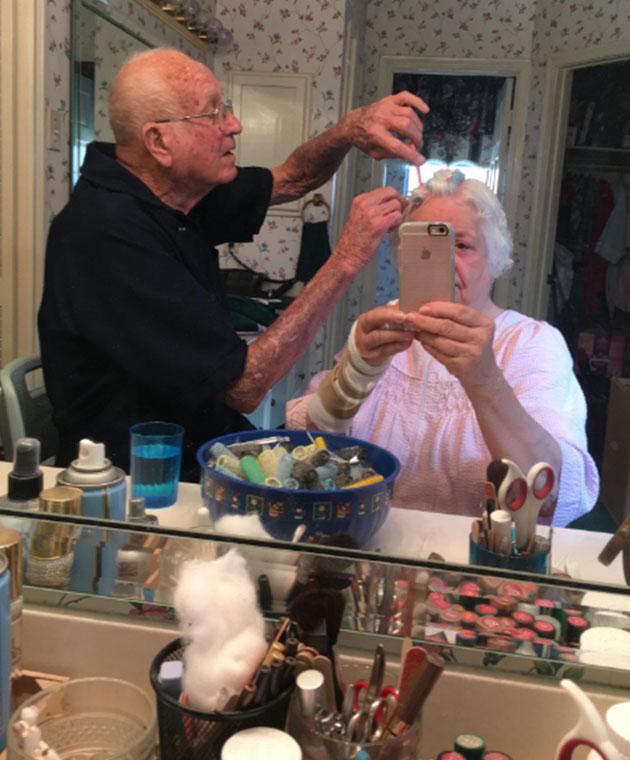 As you can see in the snapshot, Pennington’s grandpa was gingerly putting old-school curlers unto her grandma’s hair. He may not be an expert at this – and he certainly looked like he was having a rather difficult time doing it – yet what actually mattered is that he was trying his best to do it and was not complaining at all.

After the snapshot had gone viral, with mostly positive and cute messages for the old couple, Pennington tweeted, “My grandma would be so upset that she’s Twitter famous off a picture of herself in her robe with no makeup.”

But we’re willing to bet that while her grandma might be a little upset that she wasn’t ‘perfectly beautiful’ in that snapshot as she did not have makeup, she would surely be very happy that she and her husband had become a wonderful inspiration for many couples across the world. Indeed, they show to the world that a long and lasting love exists!

Curlers are round accessories that women use to curl their hair.