In these days of school presentations and talent shows as the school year ends, a lot of parents are posting photos and videos of their children participating in the activities but there are just kids who stand out from all the rest because of their unique abilities or cute but hilarious actions.

Take for example this adorable kid who most likely experienced stage fright. The kid happens to be from a kindergarten somewhere in China. 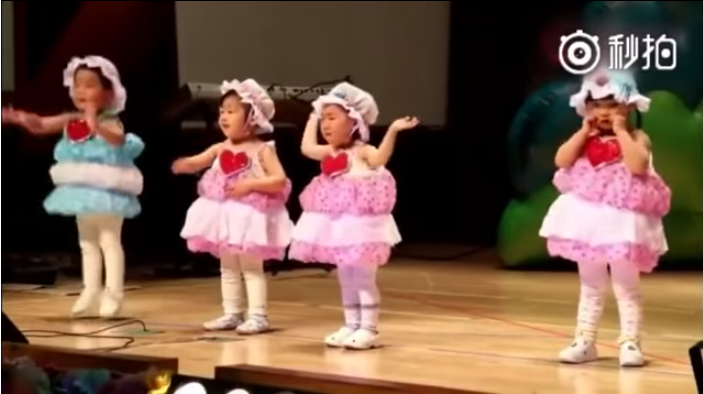 Just a few seconds into the presentation, this girl began crying. That’s a common occurrence in many presentations – just ask any teacher or parent who has ever been to a similar activity – but this kid is different.

As you can see in the video below, the little girl bawls her heart out but despite crying hard, she continues dancing. What is actually more adorable with this one is that she knows the dance moves and sequence better than the other kids; thus, she gave the best performance of all, despite crying her heart out as well! Cute, isn’t she? 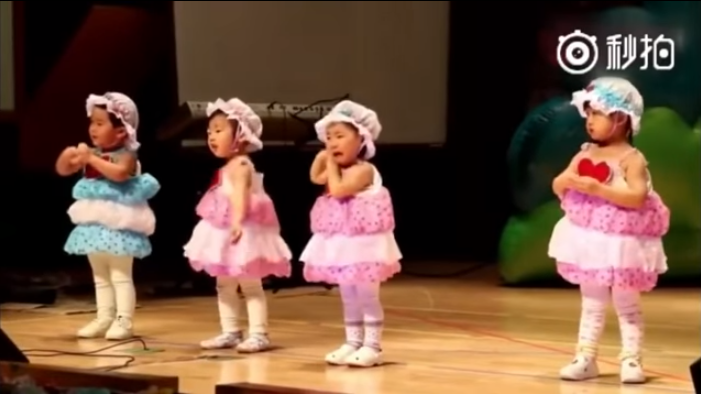 The video, as expected, quickly went viral on Chinese social media and later to other parts of the internet.

A lot of people just loved this adorable little girl and her stellar performance despite the wealth of sad emotions she’s displaying. Others also made jokes and even made memes about this cute little Chinese girl.

No one could really tell what she was crying about but it was most likely just stage fright.

Someone joked, however, that this girl was actually crying because she was ‘forced’ to perform with amateurs who didn’t know how to dance – anyone would surely be as exasperated as she would be if that happens to them, right? LOL.

What can you say about this crying but dancing girl?