Do you like your name? We don’t really have a choice in what our name will be, but most people simply learn to cope with what their parents named them with. But one adorable 7-year-old kid wants to change her name on the first day of school!

It is a reality in life that parents or, sometimes, legal guardians are the ones who get to pick the children’s names. Thus, we don’t really have a choice on that matter. Lucky are those with beautiful names, but sad are the ones whose names sound weird or something that many people might laugh about.

Of course, many of us have learned to simply accept our names, no matter how weird or even crazy it sounds! Moreover, most kids don’t really care much about their names and don’t think it is necessary to get this changed.

But one kid in Malaysia recently went viral after demanding that her parents change her name after a rather ‘difficult’ day in school. According to mom Umi Humaira, her daughter appeared rather sad after spending her first day in school.

So, she asked the child what was wrong.

“Mum, can I change my name…because someone in my school has the same name as me,” the 7-year-old girl replied. 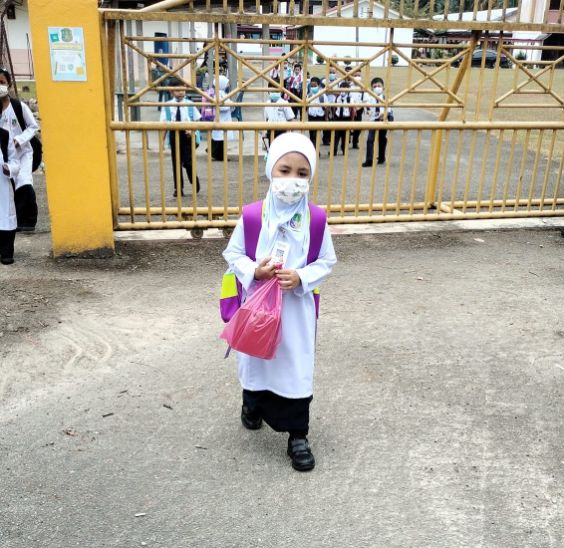 Umi explained that her daughter’s full name is Puteri Nur Humaira binti Mohd Fazly. Because “Puteri” actually means “princess”, Umi assumed that the little girl was unhappy with that part of her name. But the mom soon had a good laugh after learning that her daughter is happy with “Puteri” but wants to delete “Humaira” from her name, instead.

“She wants to change her name to Puteri Nur Aisyah because many of her friends have the name Humaira, too,” Umi explained.

Stumped as to what to say to the kid, especially because it would be rather costly to legally change her name now, Umi decided to simply advise the child not to make this a problem.

“I advised her to just concentrate on her studies and told her that most of the time, people with the same names are usually the smart ones,” she revealed.

Can You Legally Change Your Name?

Different places have different laws regarding changing your legal name. While there are areas that allow for the name change, with the person simply paying a fee, others require a court order before such a thing can be achieved. There are even places that allow people to have two names, but only one should be picked as “legal name”.