A cute girl goes viral for wearing a ‘Mandalorian’ mask that she grabbed after her mother told her to get a mask because they are going to the store. Adorable, isn’t she?

“The Mandalorian” is one of the top sci-fi TV series on Disney+ Originals, with fans of the Star Wars universe enjoying the spin off series set after the fall of the Empire. But the series isn’t just for the old-time Star Wars fans as a lot of kids from the new generation are also watching this along with their parents.

Recently, a 5-year-old girl proved that she’s a big fan after her mom told her to grab a mask because they are heading out to the store – and she picked her ‘Mandalorian’ mask, instead! What a cutie.

Raena Granberry was planning to head to the store to buy some stuff to decorate their home for Christmas. When she told her 5-year-old daughter, aptly named as Justice, to get a mask, the young girl thought that it would be awesome to go to the store in her ‘Mandalorian’ mask.

The amused mom snapped a photo and posted it on Twitter where it would soon go viral and reach the cast! 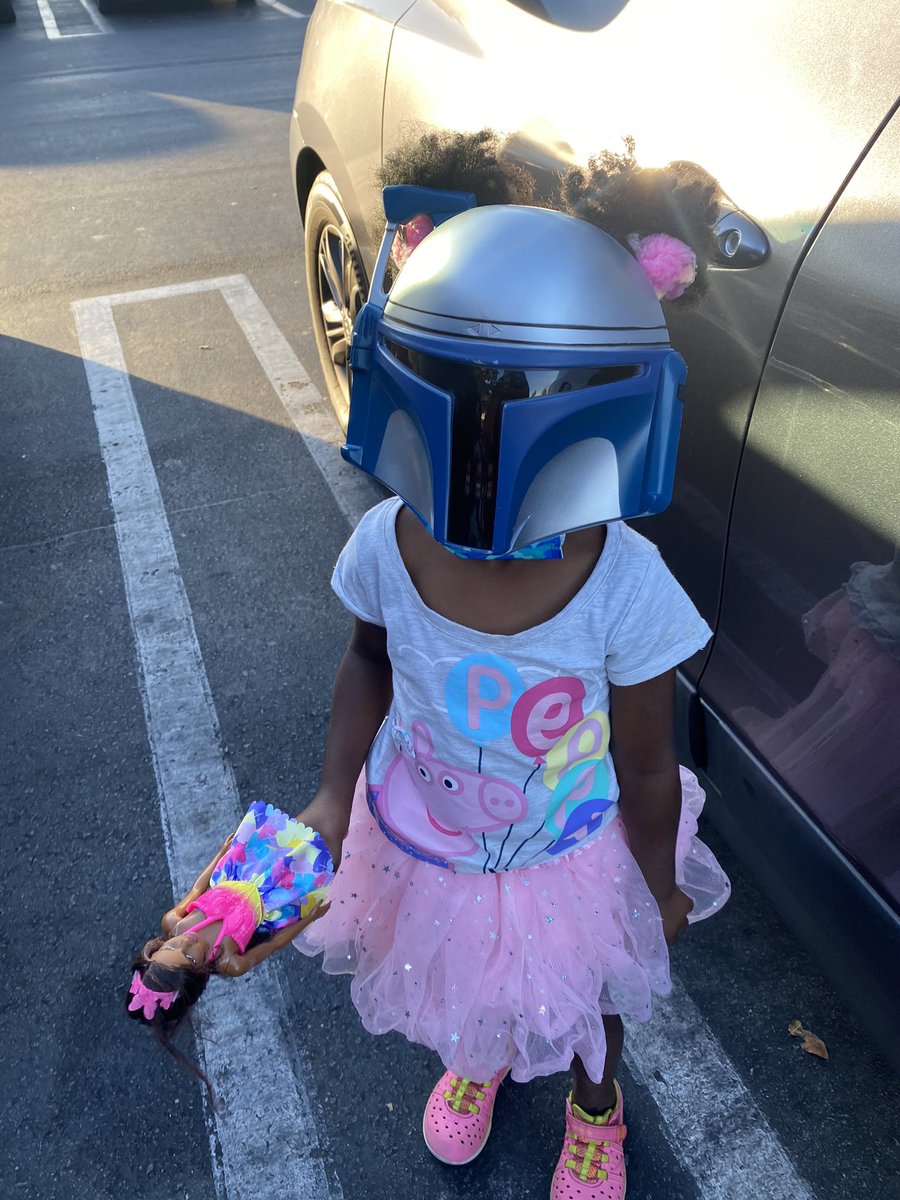 The actor who plays the main character, Pedro Pascal, retweeted the photo with a short but sweet caption, “My heart didn’t make it. I’m 💀.”

What’s so cute about the picture is that the girl is decked out in pink, with a glittery ruffled skirt and dazzling pink shoes while holding a Barbie also wearing pink in one hand. She looks like an adorable warrior with the Barbie as her weapon. Truly a cutie!

Set after the fall of the Empire, “The Mandalorian” TV series follows the adventures of a lone bounty hunter in the outer reaches of the galaxy. Though he was originally tasked to kidnap “The Child”, he went on the run to protect the baby.