Have you ever been so preoccupied that you did things you don’t normally do, without realizing what you were doing at all?

That’s what happened to one passenger who accepted another passenger’s fare, then gave that passenger the change! The problem is that she didn’t even realize what she was doing and wasn’t even authorized to do it since she’s not the driver’s family member nor the jeep’s conductor! LOL.

While most drivers actually collect the passengers’ fare by themselves, many hire conductors to do the job for them and to also act as barkers to call passengers. Others bring along family members who do the collection so the driver can focus on just driving.

But one netizen named Armin Sta. Maria was so preoccupied while sitting at the front seat that when another passenger gave the driver the fare, she was the one who accepted it. Then, she gave back that passenger’s change. 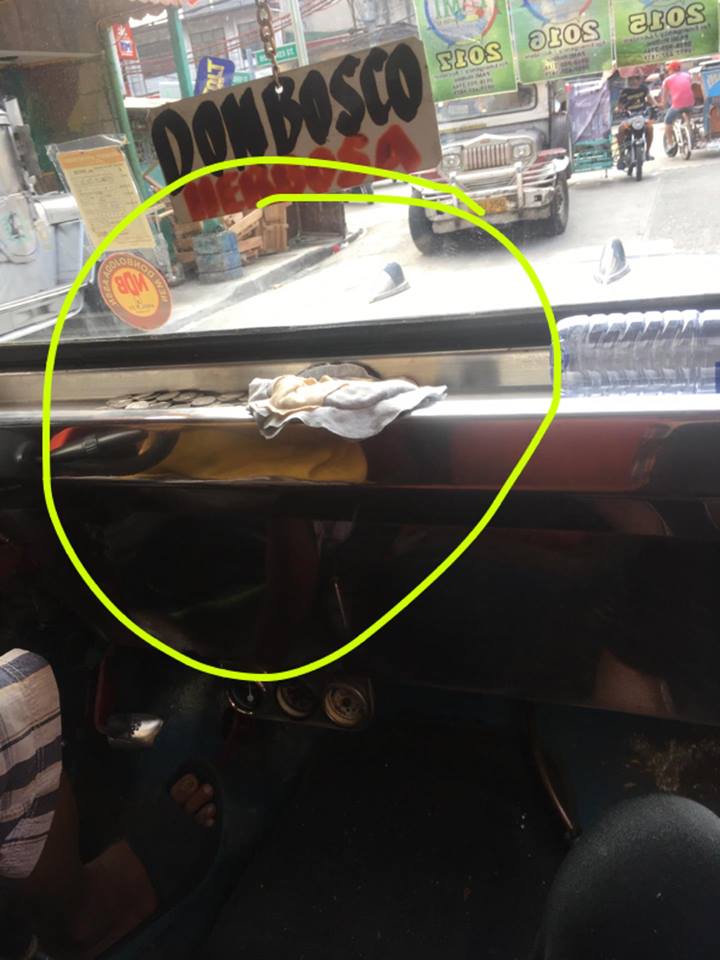 The driver was quite amused at her actions, asking her whether she gave the correct change. It was only then that she realized what she had done! LOL. That was a rather embarrassing moment.

Thankfully, the driver wasn’t angry and was quite amused over her actions. She wasn’t even sure she gave the exact change but she took to social media to share the experience.

As expected, a lot of netizens had a good laugh over her post. But many also said that the driver was only amused because she’s beautiful; a lot pointed out that if she looks ‘ordinary’, the driver might have gotten angry at her for interfering with his job and touching his money.

What is a Jeepney Barker?

In the Philippines, jeepneys and buses often hire barkers who are the ones who would shout out the vehicle’s route and destination to attract passengers. Often, they are not just employed by one driver but the entire association of drivers for that particular route/destination.