Home
News
News & Culture
Abandoned by Her Children, Hospitalized Old Lady Only has Her Dog as Visitor

At 70 years old, a woman was abandoned by her three children who are now grown-ups and have families of their own. When she was hospitalized, it was heartbreaking to see that her only visitor and companion was a dog she had adopted a few years back.

With her kids already living their lives away from her, she only had the dog as companion and ‘child’ at home.

One day, the old lady was hospitalized. It was sad that none of her kids came to take care of her at the hospital or even visit her, Good Times reported. But the medical staff were surprised to see the dog who never left her side no matter how hard they tried to bar it from going to the old lady’s side.

While the staff did not like the dog’s presence in the hospital at first, they soon warmed up to the idea that this dog is actually the lady’s ‘child’ and that it was taking care of her. They also noticed that the old lady looked happier when the dog was there; thus, they allowed the dog to stay for the patient’s sake. 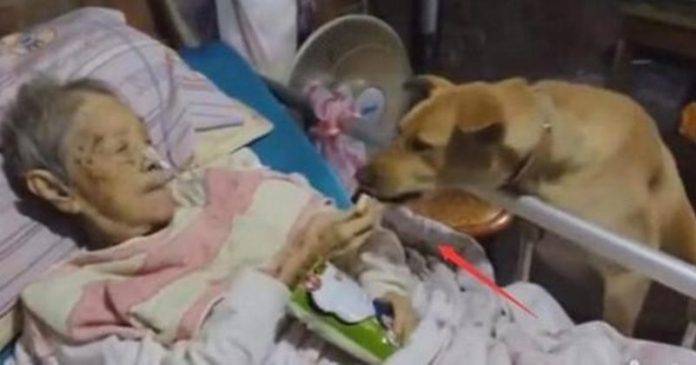 It worked actually. The dog would ‘take care’ of the old lady throughout her stay at the hospital, lovingly watching over her bed from time to time.

The old lady was soon out of the hospital. According to the article, it continued to watch over the old lady like her child.