The PEF has said that the eaglet hatched last February 4, 2016 under the Conservation Breeding program. The baby eagle is the second offspring of MVP (male) and Go Phoenix (female) since 2013. The first chick, of course, was Sinag, the eaglet that has been adopted by the Philippine Airlines after it hatched December 7, 2015.

In an interview with GMA News, PEF curator Anna Mae Sumaya said that “the newly paired eagles, MVP and Go Phoenix, have been remarkably successful at producing two fertile eggs this breeding season.” She later added, “The second hatching is an unexpected success. Hopefully this will continue along with the other pairs that we have at the Center.” 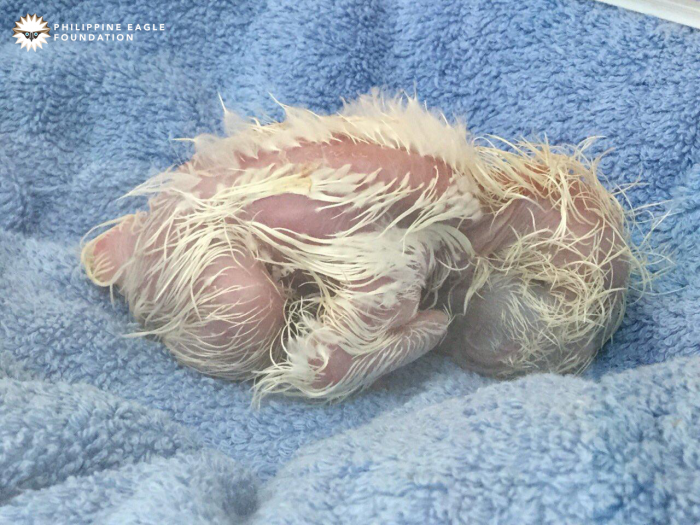 The new eaglet hatched after 57 days in incubation and was “able to hatch full-term on its own without any assistance,” GMA News shared. The foundation, on the other hand, added that this is the 27th eaglet that has hatched in captivity since the breeding program started in 1987.

Sumaya further explained that the chick “is active and alert as it can already lift its head, sit, and follow objects even at a day old.”

Dennis Salvador, executive director of PEF, expressed concern about the importance of having bigger space for the Center in the near future. He confirmed that they will need additional space in order to accommodate more eagles. Salvador said:

“This milestone will hopefully usher in a new generation of eagles who will help repopulate our forests and, in turn, serve as ambassadors for saving many other lifeforms who share the rainforests with them. We invite everyone to get involved to help our country save its national heritage and treasures.”

Currently, the Philippine Eagle is included in the list of critically endangered species. According to the International Union for Conservation of Nature (IUCN), there are less than 500 eagle of this type left in the country.