Filipinos work hard on a daily basis to put food on their family’s table and every day, they face challenges that they have to endure regularly. This may be a normal thing to some, but in this restaurant, staff may be facing life-threatening ordeals from their bosses.

A Chinese businessman who owns a restaurant in Makati is getting in his staff and even social media’s nerves for physically assaulting a kitchen employee, while he was working.

The owner was caught on video via CCTV that he was lurking around, observing to make sure that everything is doing great in the kitchen. He then stumbled upon this man who was silently working on his task when the boss came by, and said something and kept on pointing at the employee’s face. What’s worse is that the Chinese national picked a piece from the bucket and threw it at the man’s face! 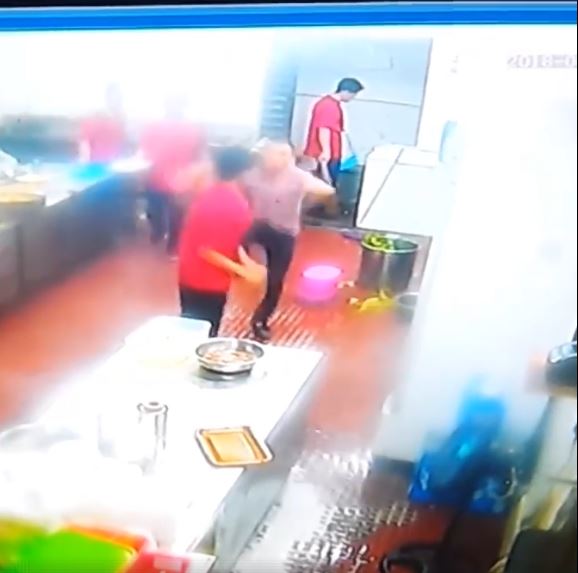 The poor man seemed to have defended himself, stood up and walked around restlessly. He came back to his post when a surprise happened. 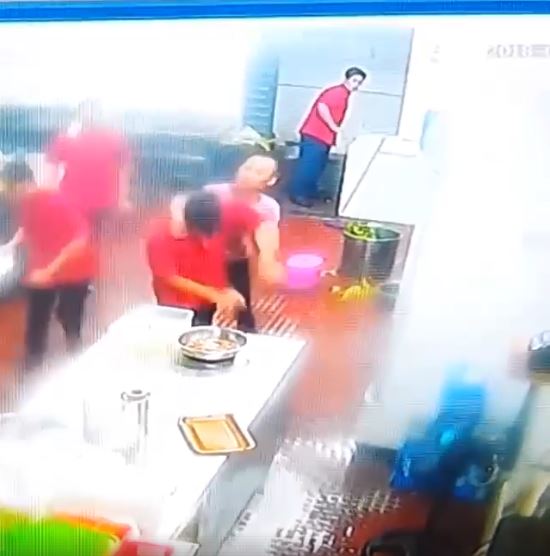 The businessman grabbed his shirt’s neckline and kicked him repeatedly and even tried to break his neck! Some of the staff tried to stop the two from fighting but the businessman was on fire. He was so mad that he kept on pointing at the staff and even hit his head some more. 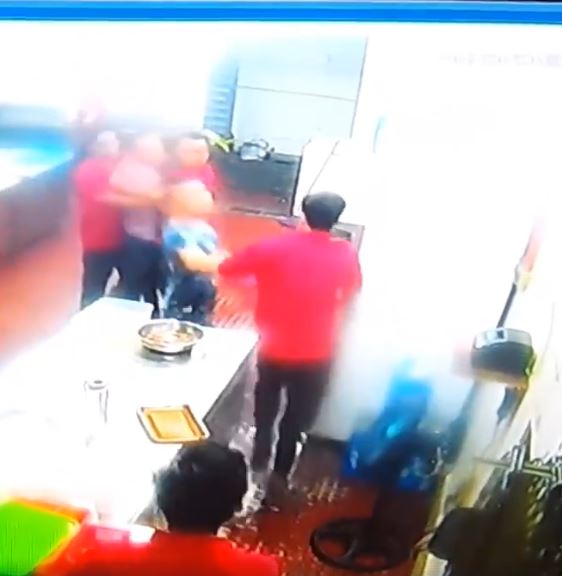 The man tried to take revenge but someone had to stop him, thankfully. Or else, he would be in trouble as well.

If you are in authority and someone pisses you off, you do not take advantage of your position just because you are powerful. The businessman should face charges and be responsible for his temper and actions. Things like this should not be taken lightly. It is so wrong that Filipinos tend to be taken for granted and are even abused all over the world, including in their own home.