Another season of “America’s Got Talent” has started and it has brought in a lot of incredible talents from all over the country but there were some that truly stand out. One of these amazing, talented competitors surprised the judges and the audience as she sings with an incredible voice despite the fact that she’s still 9 years old!

Angelica Hale from Atlanta, Georgia already stole the hearts of the home viewers with her audition piece, Andra Day’s “Rise Up”. The charming girl told the judges that she wants to become “the next Whitney Houston” during the audition aired early in June.

This week, Angelica made waves for her performance of “Girl on Fire” – and she certainly was on fire! The judges and the audience gave her a standing ovation but it was guest judge Chris Hardwick who made Angelica’s day after he pressed the golden buzzer! 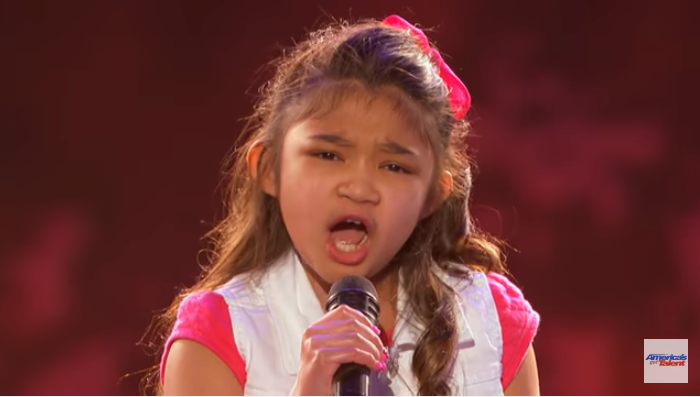 This means that Angelica no longer has to compete for the next portions of the talent show because she goes straight to the live shows. Isn’t that incredible?

Getting the golden buzzer is truly an advantage for the young lady and she was quite thrilled as the golden confetti poured down on her at the stage. 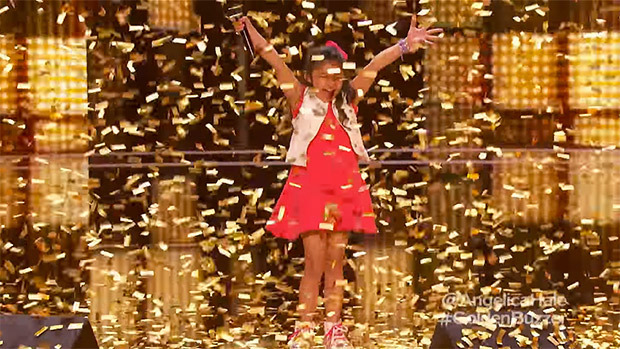 While some netizens think that it was a bit sad that she got the golden buzzer because they couldn’t see more of her performances in the coming weeks, everyone feels happy for her – after all, only a few talents ever get the golden buzzer!

Watch Angelica’s stunning performance of “Girl on Fire” in this video:

You should also check out her audition piece in this clip:

This girl is truly amazing, isn’t she? We can’t wait to see her in the live shows. Rock on, Angelica!