An 84-year-old driver mistakenly hits the accelerator instead of the brakes on his car, causing it to crash into market stalls and leaving several people shocked! He suffered from minor injuries, but people are debating whether senior citizens should still be allowed to be driving cars on their own…

While there is a minimum age requirement for people to be allowed to drive, there really is no maximum age for driving. This is usually just limited to what the person feels, such as if the person thinks he is already unfit to drive because he has problems with his eyes.

However, it is also true that there are a lot of old people who think that they are still young and able-bodied, despite their bodies becoming weaker and their minds becoming slower. 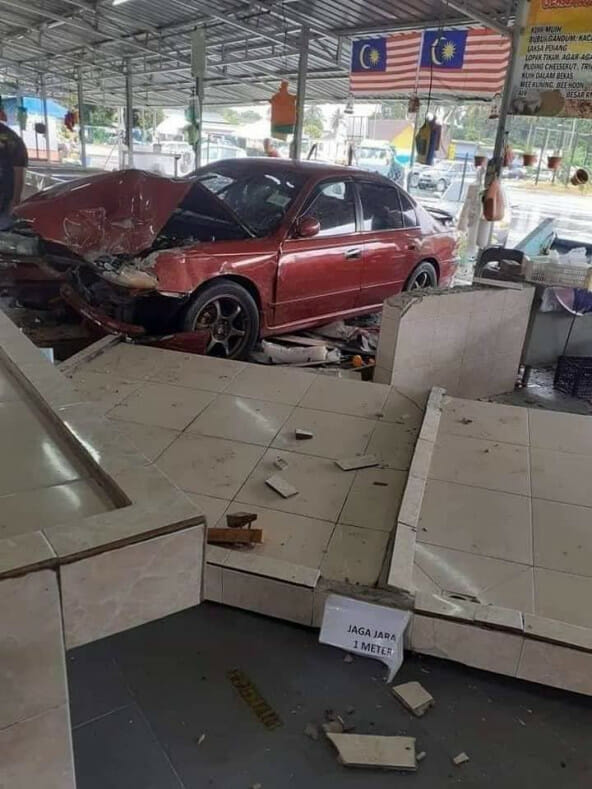 At the market in Pasar Binja, Kemaman in Malaysia, an 84-year-old man shocked everyone after crashing into some stalls with his Proton Perdana. Some thought at first that he fell asleep on the wheel or perhaps had a medical problem but he sheepishly admitted that he stepped on the accelerator instead of the brake while trying to park last December 17, at around 12:40 PM. 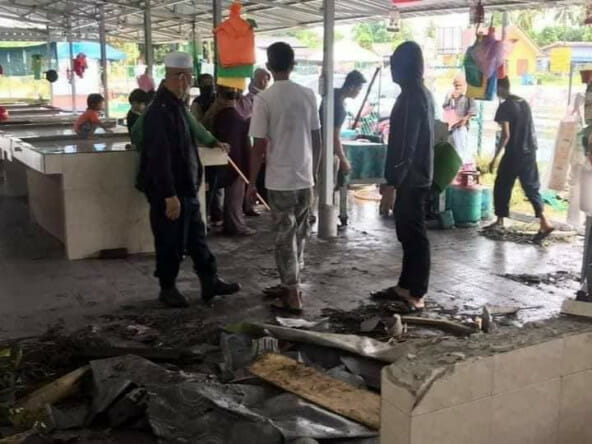 Though several stalls were damaged, including two that had significant damaged and needed to be rebuilt, it was lucky that no one was badly injured in the incident. It was a good thing that this spot in the market wasn’t as busy as the others at that time. Also, people were quick on their feet and were able to escape the car as it careened into the stalls.

While the traders were left scratching their heads with frustration over the loss of their goods and the loss of income they would surely incur in the coming days as the stalls had to be repaired, they are thankful that everyone was alright. 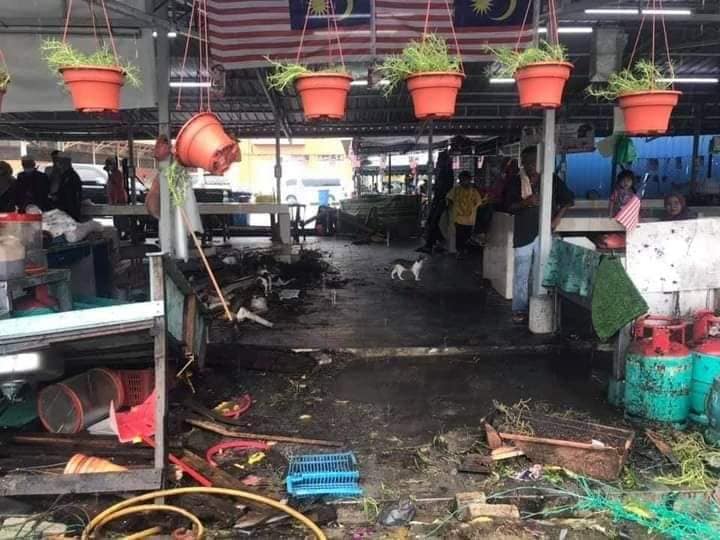 The old driver was taken to the hospital for minor injuries. Though dazed from the incident, he is still lucky to escape this nearly unscathed.

What is the Age Limit for Driving?

In most places, the minimum age for driving is 18 years old. However, this can be lowered to 16 years old, depending on the location. Also, other restrictions might be put in place, such as the minors being accompanied by a licensed adult when driving.

As for the maximum age, most countries don’t have maximum age limits as long as the person is deemed to be fit to drive. However, some countries require senior citizens to submit to proof of their capability to drive at their advanced age.