An 82-year-old woman believed to have died 40 years ago due to a snake bite was reunited with her two daughters recently, according to a report in The Times of India.

Vilasa, an old woman in Kanpur’s Bidhnoo village, reportedly passed  away in 1976 after being bitten by a black Cobra while collecting fodder from the fields. She was taken to a traditional healer in the next village, but the healer’s method apparently didn’t save her life. 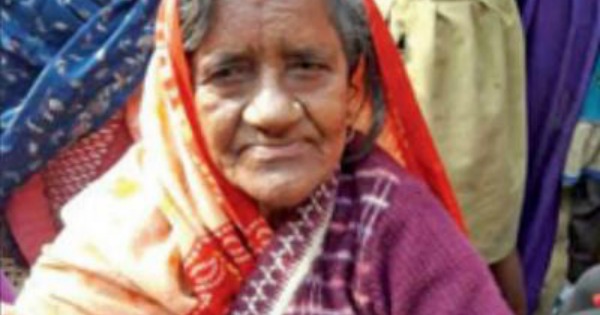 Believing she had died, her family performed the last rites and submerged her body in the holy river of Ganga. Vilasa’s body floated and eventually reached a village near Kannauj district border where residents tried to revive her.

It turned out, Vilasa just lost consciousness and her memory. With the help of Ramsaran of Sarai Theku village, Vilasa regained consciousness. However, it was only recently that Vilasa regained her memory and discussed the episode with a village girl. Fortunately, the girl was able to discuss it with her uncle, who apparently contacted someone who had attended Vilasa’s funeral years ago.

After so many years of being apart, Ram Kumari and Munni found their mom at their doorsteps. They immediately recognized her through her birthmark.

“My mother said that she had lost her consciousness and her memory. A few days ago, she recalled the incident and narrated it to a girl who discussed the matter with her uncle. The girl’s uncle contacted one Chetram (82) who too recalled that he had attended Vilasa’s funeral. Later, Chetram contacted us and apprised us of the development,” elder daughter Ram Kumari said.

Cobras, also known as Elapids, are venomous snakes with hollow fangs fix to the top jaw at the front of the mouth. These snakes have trademark hoods, round pupils and smooth scales. They are commonly found throughout Africa, the Middle East, India, Southeast Asia, and Indonesia.