Ligaya Virata-Lizares, an 80-year-old woman from Bacolod City, is claiming that the San Antonio Abad Parish priest slapped her.

In a news report by ABS-CBN News, Lizares narrated what transpired when she spoke to Fr. Farley Santillan on September 29.

According to Lizares, she asked Santillan if she can take back the image that her husband gifted the church several years ago.

Apparently, Santillan didn’t want to grant Lizares’ request so he decided to ask her to leave. Lizares stressed that the parish priest used force to make her go. During the process, Santillan hit her eye.

As a result of his action, Lizares slapped the priest.

The episode didn’t end there as the priest went after the elderly woman in the car. He then slapped Lizares as his revenge.

Lizares also shared photos of her face taken after the incident as evidence. 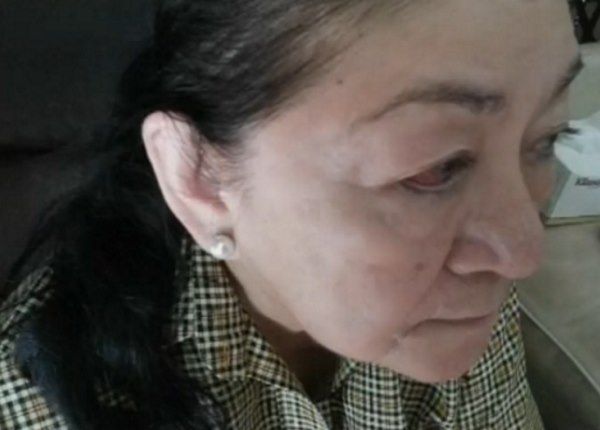 On the other hand, Santillan claimed that he didn’t hurt Lizares. Choosing to be mum about the controversy, the parish priest didn’t grant the media an interview.

The slight physical injury complaint has already been filed to the office of the Bishop of the Diocese of Bacolod. Lizares is demanding for a public apology from the parish priest.

In Europe and North America, there are many reported pedophilia cases among priests. Earlier this year, Catholic Bishops’ Conference of the Philippines’ (CBCP)  former head declared that pedophilia cases are not common among Pinoy priests.

Retired Lingayen-Dagupan Archbishop Oscar Cruz said: “Here in the Philippines, pedophilia involving priests has never been a problem. Ever since I started working in the Tribunal in the 1980s…I have yet to process one single case.”

However, Dagupan also revealed that there were many cases of Filipino priests getting involved or marrying a woman.