Experts have proven the truthfulness of the old adage that says “an apple a day keeps the doctor away.”

Indeed, apple brings a lot of health benefits. In fact, a research team by the United States Department of Agriculture confirmed that two apple varieties (namely Granny Smith and Red Delicious) made it to the 12th and 13th ranks on the top 100 foods with antioxidant properties.

On top of that, apples are rich in fiber and a medium-sized one contains as much as 4 grams each.

Here are the additional benefits: 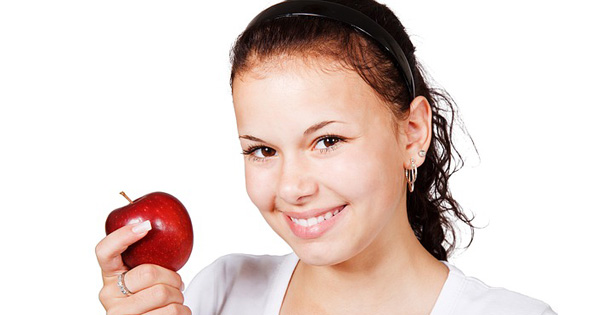 While apple shouldn’t be a substitute for daily brushing, eating the fruit stimulates saliva production which greatly decreases tooth decay.

A study has shown that drinking apple juice can be an effective way to combat Alzheimer’s disease. Also, this high-fiber food can protect people against Parkinson’s.

Experts from the American Association for Cancer Research claim that apples decrease risks of pancreatic cancer up to 23% because of its flavonol content. Furthermore, Cornell University researchers said apple peels contain triterpenoids which can fight cancer cells in breast, colon, and liver.

A recent study said women who ate at least 1 apple a day are 28% less likely to have type 2 diabetes compared with those who don’t. The soluble fiber can help regulate blood sugar in the body.

Another benefit of consuming apples is that it can be helpful for you whether you have diarrhea or constipation. So whether you are going to the bathroom too often or too less, apple is the fruit to eat.

These are just some of the benefits of regular apple eating. Others include immune system boosts and promote healthier heart. It also prevents gallstone, hemorrhoids, and even cataract.

So the next time you’re headed to the market, make sure to include apple on your grocery list.