The best marketing strategies are often the ones that are most eye-catching or those that are most unique. After all, you have to stand out among the competition and make potential clients notice you.

For example, YouTube is full of various marketing videos of all types but we’re posting here some of the funniest we’ve found so far.These can make a great lesson for you to try something unique to attract new customers. There are also several funny print or online ads that would surely catch the clients’ attention.

1. “The Man with a Thousand Words”

Dubbed as “the man with a thousand words”, this banana cue vendor attracts customers with his English – that is, he speaks in English while trying to sell his banana cue. As can be seen in the video, he managed to attract the attention of some people who were apparently on a field trip.

They enjoyed his sales talk so much that they uploaded the clip on YouTube; the guy had overnight success on YouTube though we’re not quite sure whether he knows he’s already famous on the web.

An encyclopedia company went on a production-frenzy to meet the very unusual volume of orders they were getting – you’ll never guess who was behind the large order, though.

When Adobe’s began selling its new Marketing Cloud suite, they released this funny ad. The encyclopedia company featured in the ad is not real, but Adobe drives home the point: that you might need to buy their product to know what your marketing is doing or else you would be deceived just like the people who were making the encyclopedia.

With Coca Cola being a household name already, they don’t need ads to introduce the brand but still have to keep up with their ever-growing number of competition. So, their ads continue to appear on various media.

The company is, perhaps, best known for its awesome Christmas ads but they also have funny ads such as the one in the video.It details the “sweet life” of a beautiful couple as they start their new family.

As marketing strategies go, I think this one is quite clever – of course, you can see that in its almost 7 million views on YouTube alone.

This funny ad looks a bit creepy, too, but it does catch the attention of the motorists entering the tunnel. Everyone is sure to see the face of the lady and see how she ate all the cars. Now that it got your attention, there’s a high likelihood you will also see the logo and stop by Oldtimer. 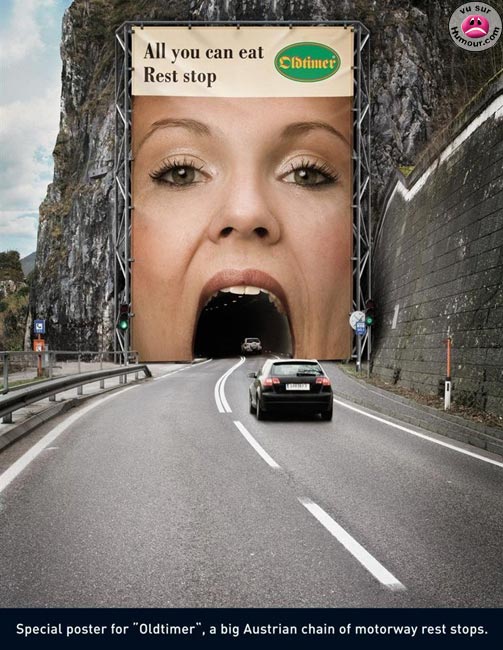 According to the caption, it is an ad for Oldtimer, a chain of motorway rest stops in Austria.

Apple is being trolled by many companies for its “bendable” iPhone 6 – not just its direct competitors, such as mobile companies Samsung, LG, and Nokia but also by companies who are not even selling gadgets. These companies took to social media to show their own version of #BendGate, capitalizing on Apple’s perceived error. 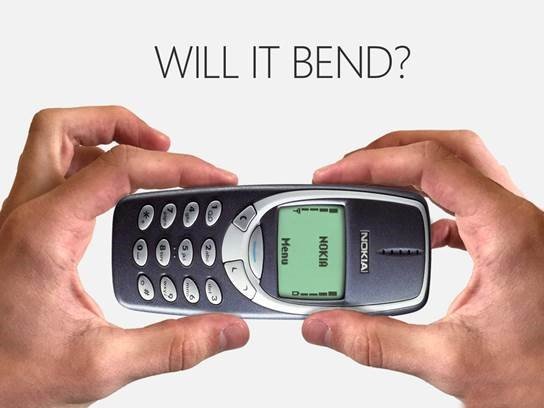 Nokia’s version was, perhaps, among the funniest even without trying really hard. The younger generations might not understand its meaning but Nokia is the winner for having the most relevant yet creative #BendGate version.

As you can see, marketing strategies vary yet you can find funny ways to catch your prospective clients’ attention and get them to buy your products.