How much do you love pizza and how fast can you consume one? For Kelvin Medina of the Philippines, it takes less than 24 seconds to finish a 12-inch pizza.

Yes, Kelvin is currently the record holder of the title “fastest time to eat a 12 inch pizza” and he achieved that unbelievable feat in an event held at the Market! Market! activity center in Taguig, Metro Manila on April 12, 2015, according to the Guinness World Records.

Earning the record wasn’t an easy one since Kelvin had to make it through several elimination rounds before he later competed one-on-one with Ricardo Francisco IV. 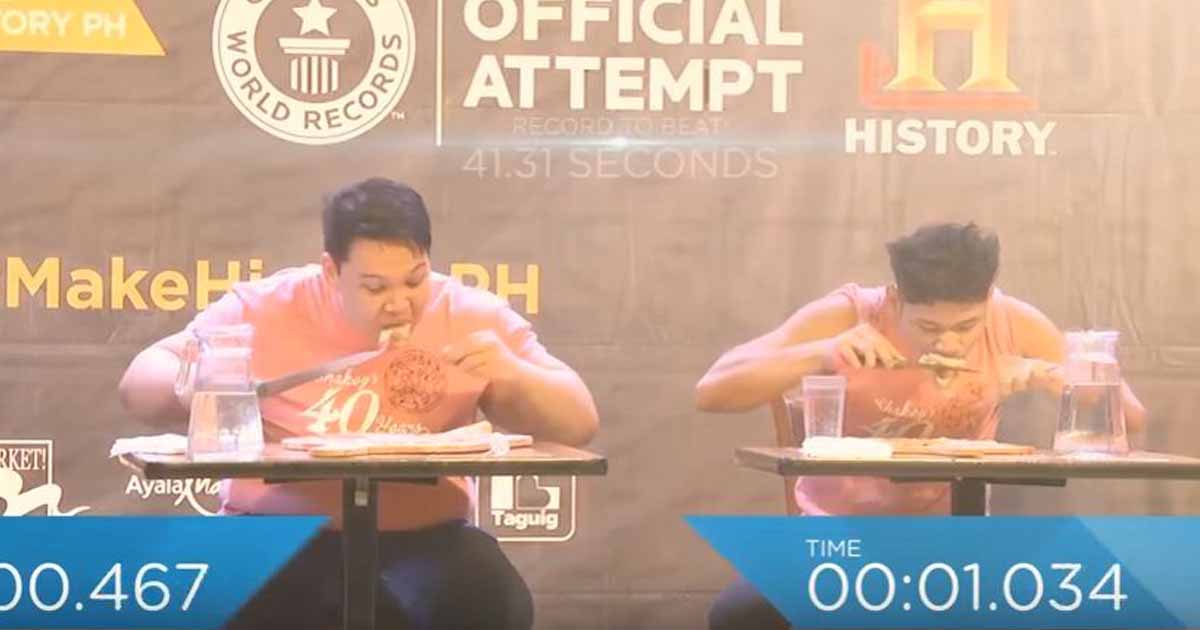 Kelvin walked away victorious, finishing his 12-inch pizza with an official record time of 23.62 seconds. Aside from beating Ricardo, he also managed to steal the throne from previous record holder Peter Czerwinski who had a record time of 41.31 seconds. 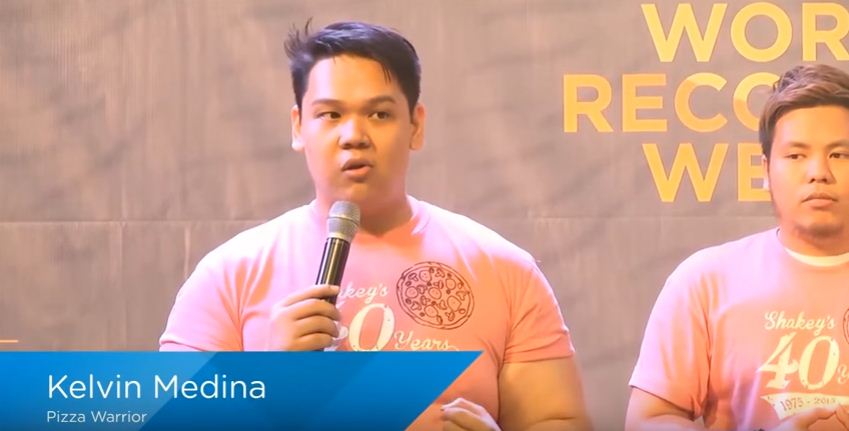 You can watch the video here and see how it all happened:

The event was sponsored two years ago by the History Channel and Shakey’s Pizza Parlor. So far, no one has broken Kelvin’s record yet.

How Can I Attempt A World Record?

According to the official Guinness World Records website, interested individuals are always welcome to attempt to set a record.

The site tells us:

“At Guinness World Records we want everyone, anywhere in the world to be able to make their own record-breaking dreams a reality. That’s why we invite individuals to apply for one of our existing record titles free of charge through our Standard Application service.

“If you want to apply for a new record title, something that you cannot find in our database, a non-refundable administration fee of £5/$5 (plus VAT) applies.

“Once you have submitted an application, it can take up to 12 weeks for us to review it and let you know next steps.”