A 17-year-old guy who kept on pranking his brother with hilarious costumes at his bus stop went viral – and the community is actually sending him more costumes so he could continue with the adorable prank.

The boys are from Louisiana. Their sweet story would quickly make its way into the hearts of millions of netizens across the world, with everyone laughing at the hilarious pranks but also praising this young man for making great memories with his little brother. 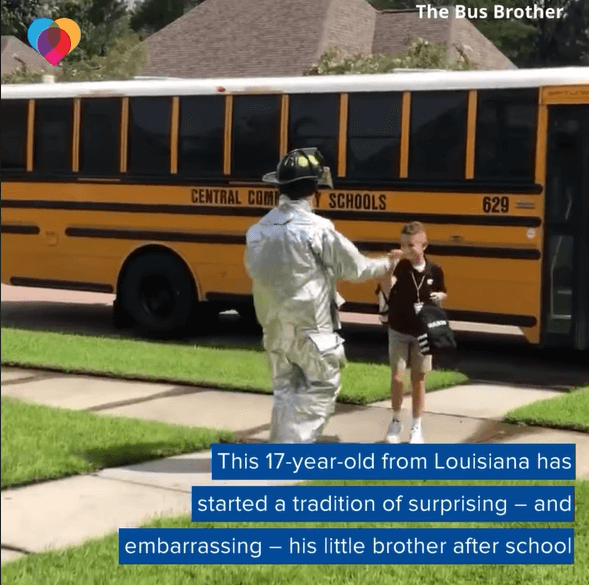 It all started when 17-year-old Noah Tingle decided to meet his brother at the bus stop outside their home, wearing a costume. Naturally, 12-year-old Max was quite embarrassed by what his brother did and thought about ignoring Noah, but the latter chased him around. 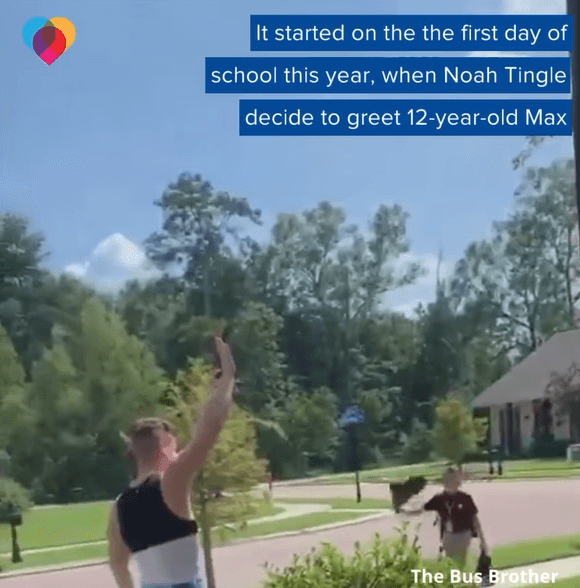 The next day, Noah came out to meet Max again. This time, he wore a more embarrassing costume; again, Max tried to run away from him. Seeing that this is the best opportunity to have fun with his brother, Noah decided to this every day. 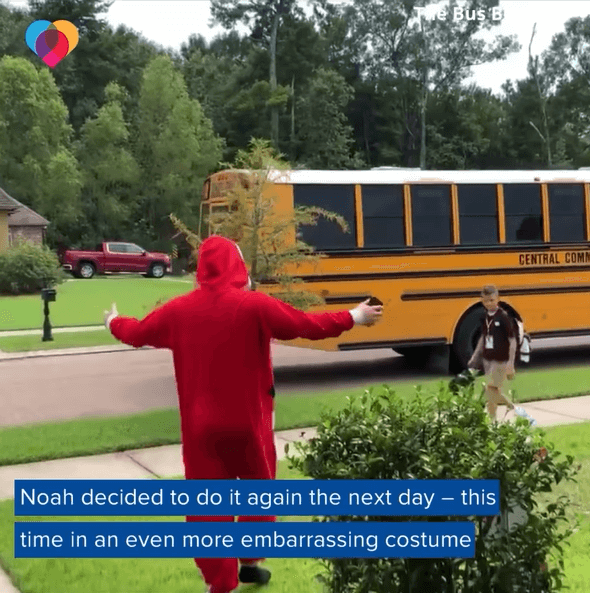 Wearing more and more hilarious, embarrassing costumes, Noah would go out each day to meet his brother – and the boy eventually got used to it; though he still felt rather embarrassed of the prank. 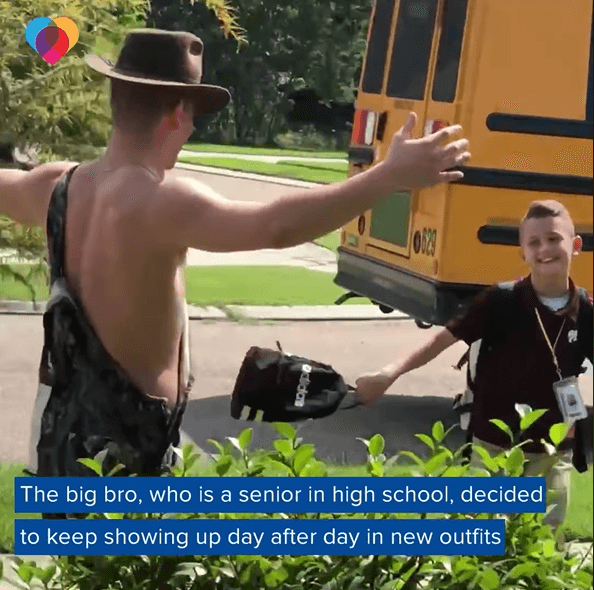 Everyday, he wore different outfits and even continued with the now daily tradition even when it was raining. It is easy to assume that Max’s bus mates have become used to the sight and were likely wondering what the older boy would wear when they see him at the stop. 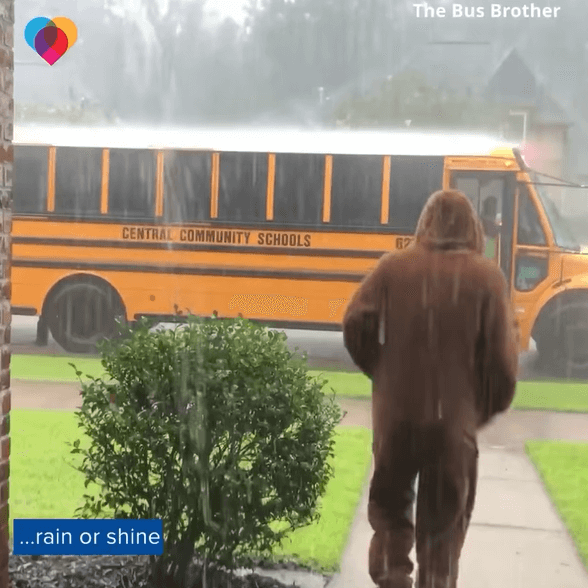 The story would soon go viral after Noah shared clips of the prank – and he got the moniker of “The Bus Brother”. A lot of netizens were happy to watch and share the videos, saying that it would be great if siblings got along as well as these two. Many even asked for the boys’ address so they could send costumes to help Noah continue with his pranks. 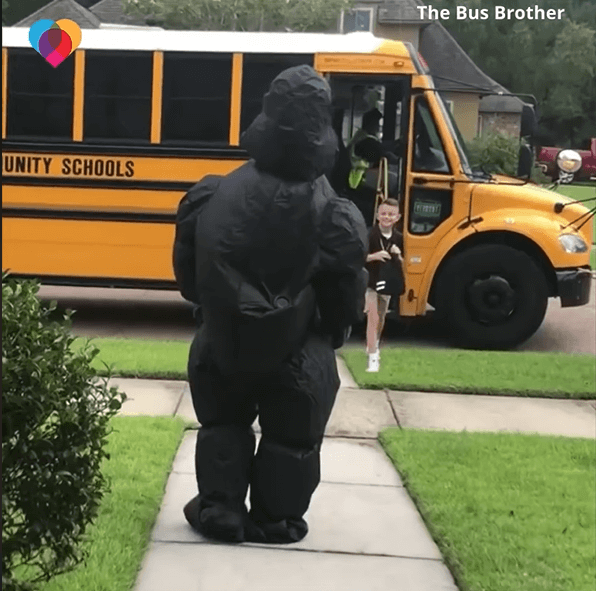 Of course, the pranks might be rather embarrassing for 12-year-old Max now but Noah is determined to make new memories with his brother. After all, he only has a year to do this ‘tradition’ because he’d be away next year as he’ll be off to college.

When out for a costume party, you can opt to have the best costume or do the most hilarious ones. Lots of netizens shared DIY costumes of hilarious costumes, including going as funny cartoon characters or famous characters from the movies but with a funny twist.

It would also be fun to go as a couple or as a group, wearing similar costumes for better visual effects.