Small children are rarely attributed to killing animals, especially fierce and scary ones like venomous snakes yet a 17-month-old boy in Brazil has proven that this is not always the case.

In the town of Mostardas in Rio Grande do Sul state, Brazil, a boy named Lorenzo Figueira was just playing at the garden outside the house with the family dog when everything suddenly went quiet. His mother Jaine Ferreira Figueira grew suspicious when she noticed the unusual silence, so she rushed outside.

Though Jaine initially suspected it was the dog that killed the snake, she realized it was Lorenzo when she found him with the bloodied body of the dead snake in his mouth. 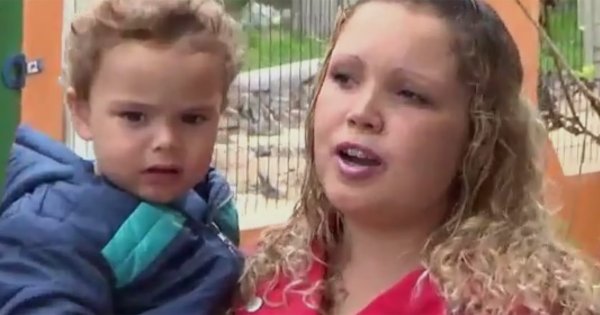 Jaine and the authorities were unsure just what exactly transpired but experts believe the child killed the snake with one bite; thus, it was not able to attack and bite him. Considering that the snake was a venomous pit viper, Lorenzo could have been killed if it was able to bite and inject him with venom. It was a good thing his survival instincts kicked in and allowed him to defeat the snake before it could kill him.

Still not taking any chances, Jaine brought Lorenzo to the hospital with the dead snake also placed in a jar for the medical staff to be able to identify its species and administer the proper antivenin to the child. 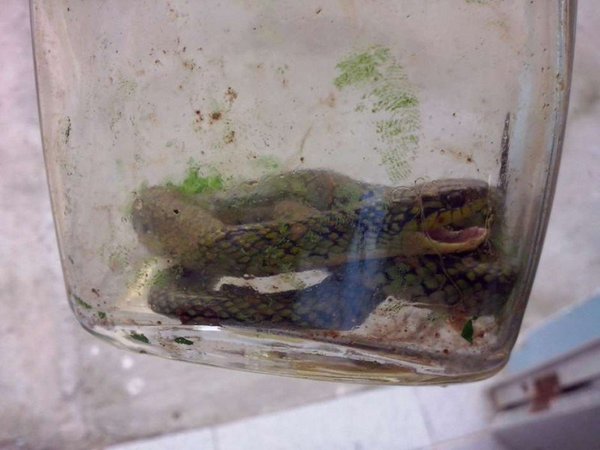 Because the snake was not able to bite him, Lorenzo did not require antivenom. As to why he bit the snake, the doctors thought it was the reflex action of a human being’s survival instincts but admitted that it was quite possible Lorenzo only thought the snake was a cool toy.

While most people use “poisonous” to describe deadly snakes, the proper term is actually “venomous”. Venom is deadly when delivered into the victim’s blood stream but, in general, harmless in the digestive system unless there are wounds or lacerations along the tract.

If the venom is considered “poisonous”, it must also kill or greatly affect the victim even if it was just ingested through the mouth – which is not the case in most snakes, except a few species which are both poisonous and venomous.

Just like in the case of Lorenzo, he could have ingested poison from the pit viper he bit yet he was unharmed because the venom produced by the snake had no effect on the digestive system. Had the snake bitten him in its struggle for survival, the outcome would have been very different for the young child.