Crocodiles are vicious creatures. They are known to snap at everything they see, and people are not an exception in any way.

One unfortunate crocodile snap can severe a person’s leg or hand. Do you remember the Australian teen who nearly lost his life trying to battle with a crocodile just to impress a girl? Nuts, right?

But despite the dangerous nature of crocodiles, there are still those who get friendly with them. 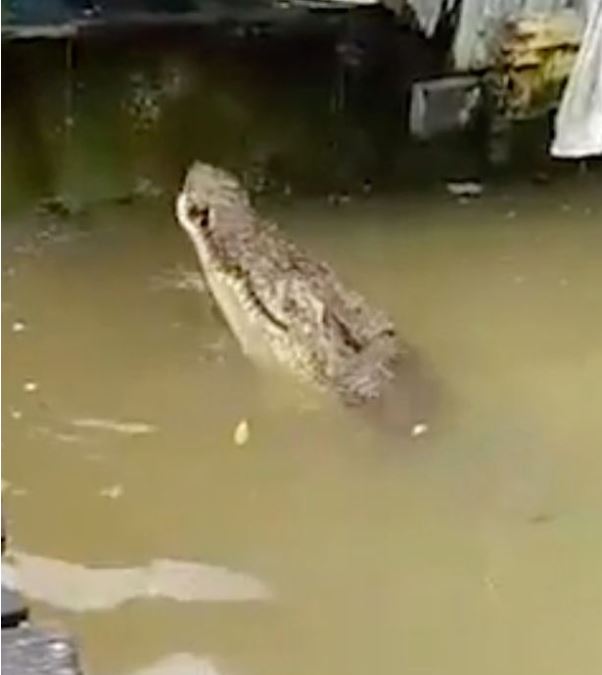 Just like this badass woman called Ambo who casually feeds and washes a 15-feet crocodile who was peeking out of the water in front of their house. 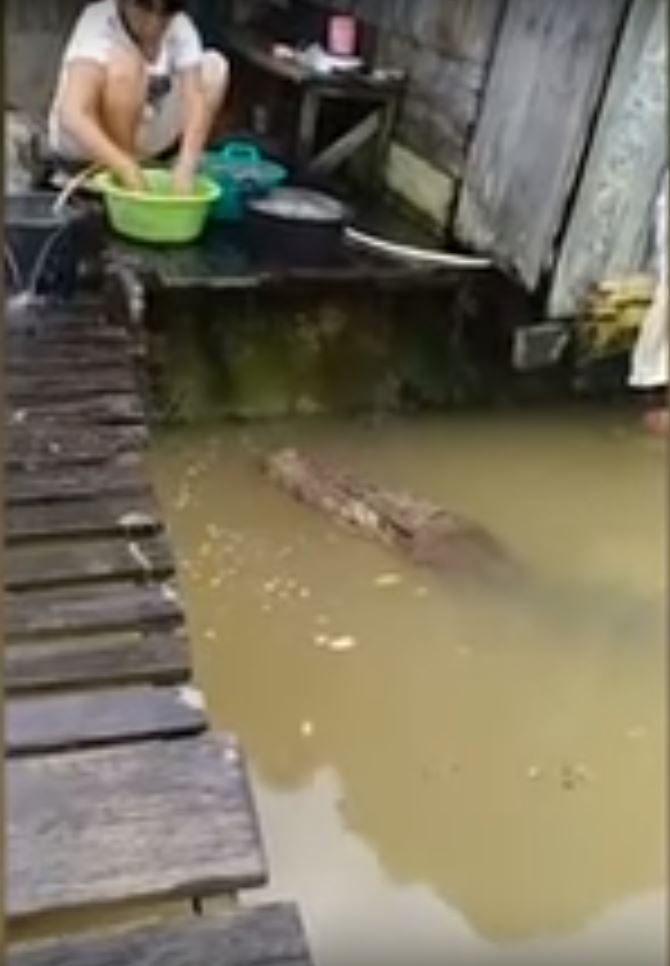 As she was cleaning freshly caught shellfish, the crocodile paid her a visit, and she did not hesitate to toss some of the shellfish to it. This just shows that this is a normal occurrence in the household. 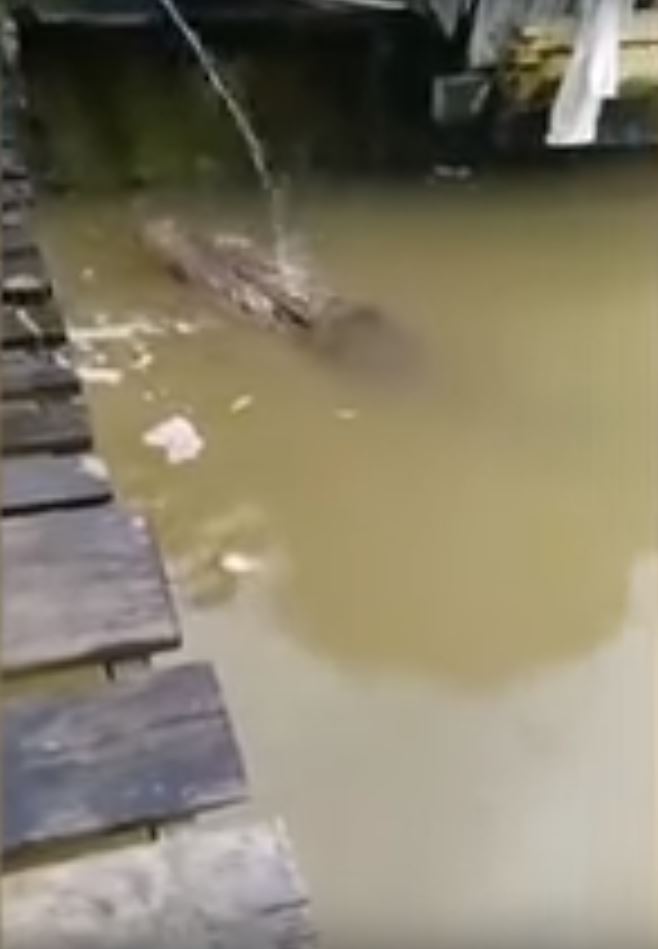 A 27-year-old resident named Agus Trianto was the one who captured the video, he said that the crocodile was actually “friendly.”

“The woman in the video is one of my neighbors. We only know her as ‘mother Ambo.’ She was cleaning the shellfish and took out the meat and gave some to the crocodile. He’s a friendly neighbor.”

He also added that the crocodile frequently visits the house to beg for food.

“The crocodile regularly visits the house to pick up food. It is usually fisherman from the sea, they love to give fish to the crocodiles.” 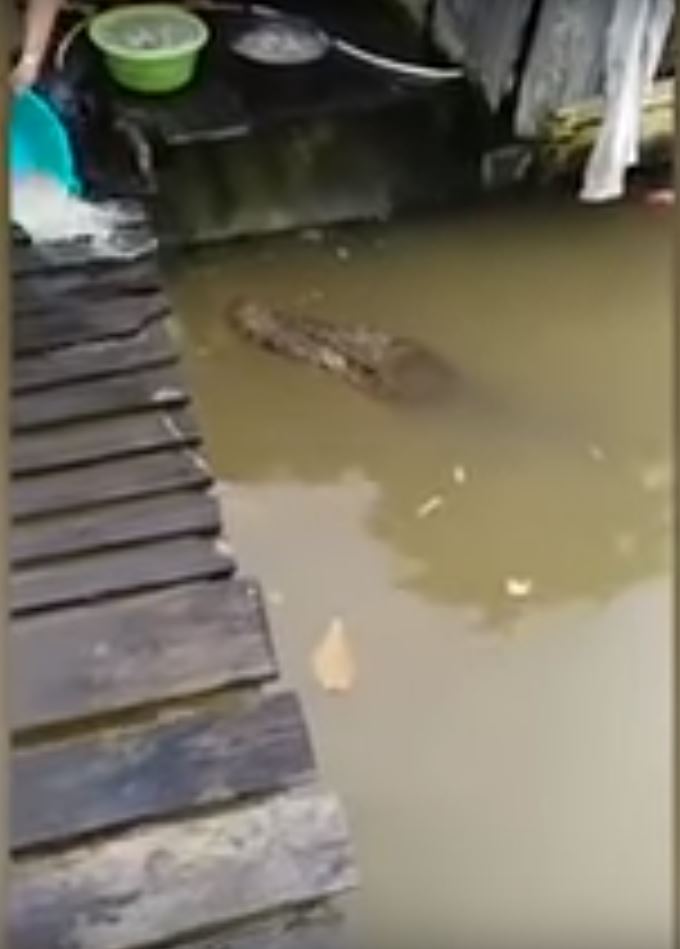 According to Elite Readers, they learned that the video took place “in the Indonesian coastal town of Bontang in the Kalimantan Timur district of Borneo”

They also added that, yes, the area in the video is infested heavily by saltwater crocodiles. The crocodile from the video is estimated to be from 12 feet to 15 feet.

What are saltwater crocodiles?

They are the largest of all living reptiles and also the largest riparian predator in the world. These reptiles can grow from 9 feet to 23 feet.