During days when there are no classes, 13-year-old Alejo Dones sells bread near a mall but he got victimized by a grown-up man who stole the money he earned for the entire day!

Netizen Khelvin Federigan shared how and a friend were having some snacks near Mini DiviMall of GMA, Cavite when they noticed the boy crying his heart out. At first, they thought that the boy’s mother must have disciplined him or something but the woman they thought was the boy’s mother actually ignored him.

After a few minutes that no one took notice of the boy, Federigan and his friend went to the boy to ask what happened. 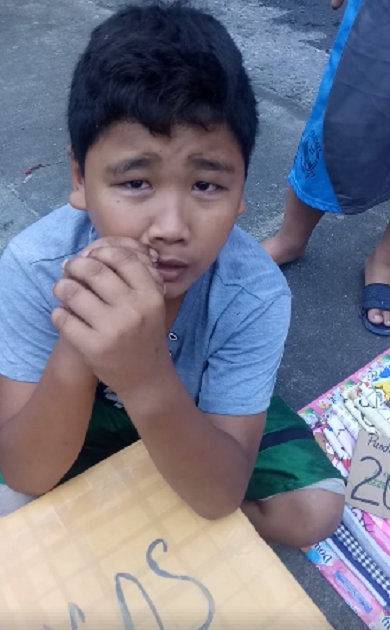 Dones tearfully replied that he was just counting the money he earned for the day, already planning on going home when a man asked if he wanted to exchange the coins with paper money. Thinking it would definitely be easier to bring paper bills, the boy readily agreed but after he handed the man his earnings, the latter vanished with the crowd.

The boy tried to find him but with so many people there, he was not able to do so. All he could do was cry as he lost the money he earned for the entire day. He told Federigan that he had Php250 ($5) in the plastic bag the man stole. He had to remit Php150 ($3) to the bakery while he gets to keep the Php100 ($2). 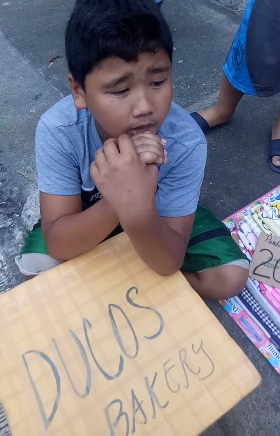 We could just understand why he was crying so hard. Touched by the boy’s plight, Federigan gave him some money. Those who heard him interview the boy also gave the boy some cash.

Federigan hopes that there were CCTVs in the area so they could find the man who stole the boy’s hard-earned cash.