An 11-year-old boy who is believed to be a member of the New People’s Army (NPA) surrendered himself to soldiers of the Philippine Army in Barangay Camansa in Davao del Norte on Saturday.

The boy, who admitted being part of  the NPA for six years now, was a resident of Barangay Don Enrique in Mati City, Davao Oriental.

According to the minor, he was tasked by their leader to put landmines in civilian roads. He also revealed he has participated in six encounters with military in various parts of Davao Oriental and Davao del Norte.

Known as the 55th NPA surrenderee in 2015, the 11-year-old boy was brought by 60th Infantry Battalion Commander Lt. Col. Roberto Bunagan to Asuncion town mayor Joseph Nilo Parrenas and to the municipal police station for documentation and proper placement. His surrender was assisted by Elizabeth Abad, Barangay Camansa chairman.

In the past months, three young members of NPA have surrendered to the government. 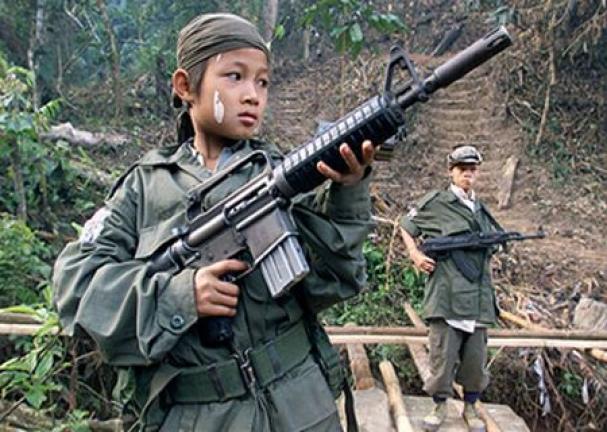 Known for recruiting minors, the NPA enlists minors between 6 to 18 years old, accounting for 22% of their members. Meanwhile, around 74% of their members are indigenous people from Eastern Mindanao.

NPA: largest individual group behind terrorist attacks in the PH

The Global Terrorism Index 2014 revealed that the NPA, also known as the armed wing of the Communist Party of the Philippines (CPP), is the “largest individual group” responsible for the biggest terrorist incidents in the country in 2013.

“Whilst there were seven known groups that carried out a terrorist act in 2013, most activity is carried out by the New People’s Army, Moro Islamic Liberation Front and the Abu Sayyaf Group,” the study revealed.

In the study, the Philippines ranked ninth out of 162 nations in the terrorism index.