PALAWAN, Philippines – On the verge of extinction and currently classified as “critically endangered” by the International Union for Conservation of Nature, hawksbill sea turtles are not supposed to be hunted and captured but because they can be sold for a high price for their shell, flesh, and eggs, poachers continue to capture these turtles and, more often than not, sell these outside the country where the demand is high.

“It is unlawful to collect, hunt or possess wildlife, their by-products and derivatives” – or so says the Wildlife Resources Conservation and Protection Act (Republic Act 9174) but a lot of people do not even know that this law exists or what it means, exactly. Moreover, many do not know that hawksbill sea turtles are already critically endangered and that they should no longer be captured for food or anything else. 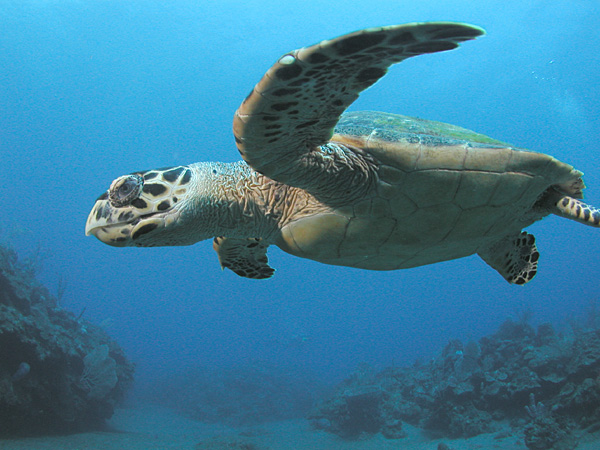 By The original uploader was Aquaimages at English Wikipedia (Transferred from en.wikipedia to Commons.) [CC BY-SA 2.5], via Wikimedia Commons

Of course, “ignorance of the law excuses no one” but in the case of the 100 dead hawksbill sea turtles found dead in a motorboat in Barangay Taratak, Bataraza in southern Palawan last Tuesday, no one was charged [yet] because no culprit was captured.

The poachers must have heard that operatives from the Provincial Law Enforcement Task Force were heading to the area because they quickly abandoned their motorboat and the treasure trove of 100 turtles inside it.

As of press time, authorities are still verifying the boat’s ownership but the dead turtles have already been confirmed as hawksbill sea turtles by the Palawan Council for Sustainable Development (PSCD) in Puerto Princesa City. 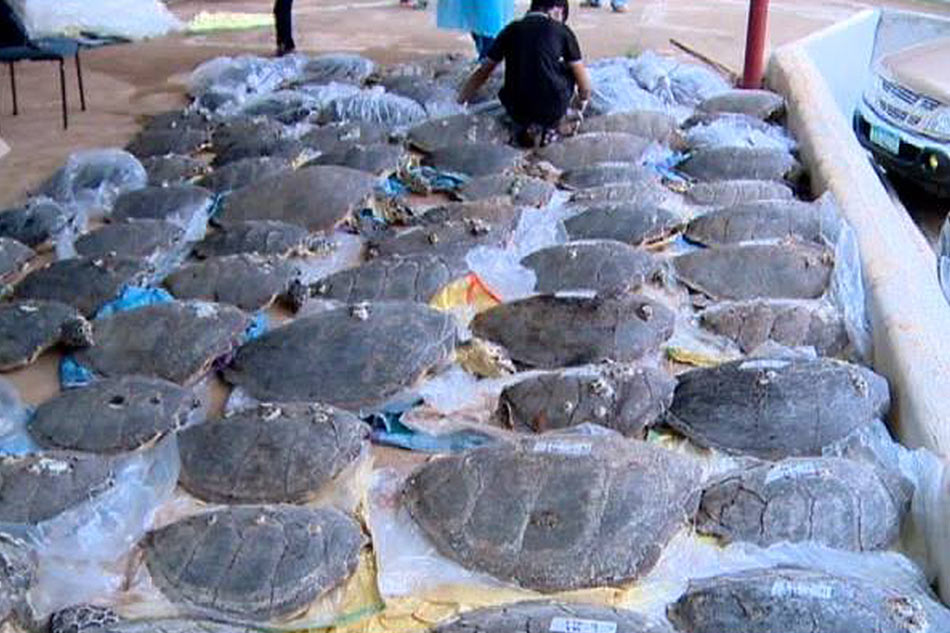 According to ABS-CBN News, initial investigations revealed that the poachers were supposed to bring the turtles to Vietnam.

The PSCD hopes that poaching will stop, not just for these endangered turtles but for other species in the area. The council is doing what it can to educate the locals through information drives but also hopes to strengthen law enforcement in the area so as to curtail these illegal activities that are harmful to wildlife.