I’ve lived and been to a lot of cities and towns of the Philippines, and although I have only stayed in Davao City for more than just only a couple of years, I have observed that Davao City, indeed, is safer compared to others. No wonder many Filipinos and even foreigners choose to move and settle in Davao City. 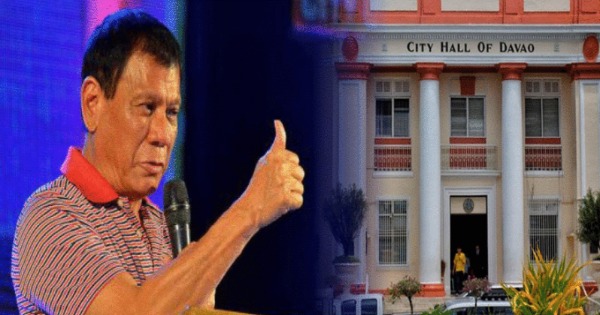 Here’s why Davao City is probably the safest city in the country.

1. Rules are strictly implemented in the city.

When you go out in the city, you will see men in uniform with radar guns aiming at your vehicle. When you go to People’s Park, you will see lots of pens, markers and pointed items at the entrance because they were confiscated. When you go drinking in a bar, they wouldn’t allow you to order alcohol beyond midnight. That’s how rules are strictly implemented in the city.

Sure there are other police hotlines all across the country, but Davao City’s 911 is probably the most efficient. While other hotlines make you wait and would need to require extra call credits in order to connect, Davao City’s 911 is absolutely free and can be accessible by any mobile or landline. Not only is it accessible, I remember once when my sister-in-law called the hotline because their neighbor’s house was on fire and the rescue team arrived within 15 minutes.

3. The water here is safe and potable.

No matter how safe a place is, if you can’t drink the water, it still isn’t safe, right? I have always drank water from the faucet and with my history of always having upset stomach because of drinking water in other places, never have I experienced anything like that in my two years stay here.

4. Strangers won’t have to worry about abusive taxi drivers and locals.

Honest taxi drivers aren’t news here anymore because almost every one of them is honest. When a relative visited the city to tour, she made an agreement with the driver to take them all over the city, and they left their suitcases and valuable items inside the taxi with the driver while she and her husband were busy taking selfies in Davao’s tourist spots.

5. Criminals have no place in the city.

6. You probably have a lesser chance of dying from lifestyle diseases here in Davao City.

Since the city forbids smoking in public, and there is a curfew on when it is allowed to order alcohol, there is a lesser chance of acquiring lifestyle diseases caused by these vices.

7. There is a lower rate of vehicular accidents in the city.

Since the implementation of the 30 to 60 kph rule in the city, the rate of vehicular accidents have decreased dramatically by 41% in the first quarter of 2015.

8. It’s safe to go to public places because of the high police visibility.

Seeing men (and women) in uniform brings a sense of peace here in Davao. They are everywhere: in malls, in parks, in streets and almost in every corner. When one of my friends visited me here in the city, and a stranger seemed to be harassing them, a cop came up to my friend and her companions which made the local go into another direction.

Sure, the New Year’s and the local Kadayawan festival aren’t as loud as other festivities in the world because of the total firecracker ban, but they are surely safer. There are no records of casualties caused by pyrotechnics.

10. Locals abide by the policies and respect Mayor Duterte’s directives.

It doesn’t matter if a city is being ruled by an “iron-hand”. If the locals do not abide by the rules, the city would still be in chaos. I think the reason why Davao City is safe is also because of the locals and how much they respect and love the city. Sure, it wasn’t an overnight miracle. It took a couple of decades before Davao City became as safe as it is now. Duterte is indeed right not to take all the credit, but it sure takes a strong leader to clean up a city which was once in disarray.