Take a look at some of the remarkable policies implemented by Mayor Rodrigo “Digong’ Duterte that completely changed Davao City.

Unlike other major cities in the Philippines where smoking is rampant everywhere, Davao has a strict policy which prohibits smoking in offices, establishments, hotels, malls, markets, sidewalks as well as public places. Duterte’s no smoking policy can hopefully prevent cases of lung cancer in the city.

For more than a decade now, not a single case of firecracker injuries or casualties has been documented in Davao City. Thanks to Mayor Duterte’s total firecracker ban, Davao City residents can enjoy a safe New Year’s eve. 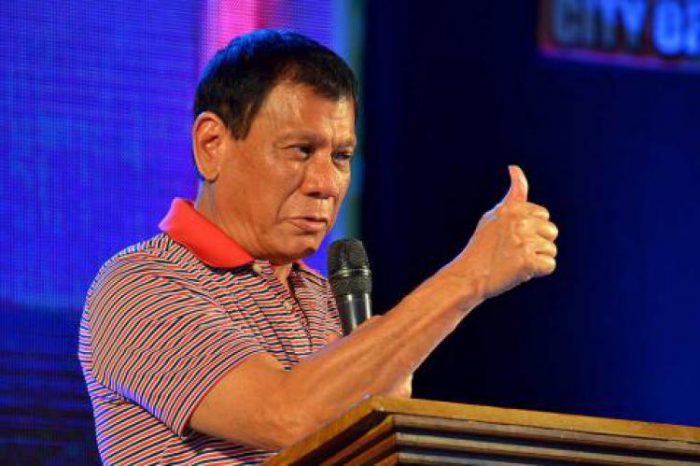 3. No to Bora-bora or Modified Mufflers

Motorcyles with bora-bora of modified mufflers are confiscated in Davao City based on the nuisance law. According to Duterte, noise produced by bora-bora is a pollutant and disturbs public peace.

Want to have a better sleep at night? You might want to consider moving to Davao City as an ordinance that restricts videoke usage in public establishment until 10:00pm only is implemented in the city. That’s one less nightmare for you!

Bad news for those who want to go fast and furious. In Davao City, you have to take things slow as you can only drive  a maximum of 30kph downtown and 40kph within the city. Meanwhile, you can go as “fast” as 60kph in the city borders. While people used to living a fast-paced life may find this policy annoying, Duterte’s decision to slow things down makes the city much safer.

If you’re planning to get drunk in Davao City, you must adjust your party time as a curfew in selling and serving liquor has been implemented since 2013. You better wrap up your party before midnight as there is a liquor ban from 1:00 am until 8:00 am in the city. As a result, the ordinance has reduced the number of drunkards walking in the streets of Davao in the wee hours.

7. No to Dishonest Taxi Drivers

In Davao City, taxi drivers are prohibited from doing contract fares. Instead, fares are based on meters which gives passengers more security. In fact, the city is known for having the friendliest, most honest and most courteous cab drivers.

8.The Apprehension of Drunk Drivers Before The  Anti-Drunk Driving Law

Even before the anti-drunk driving law was enforced in the country this year, Duterte has been known for apprehending and jailing of drunk drivers. Despite the strict implementation of the law in the city, Duterte is hoping that the National Government will set aside budget for the purchase of speed guns and breath analyzers.

This measure entitles vendors to display their wares on 1/3 of the sidewalk, while passersby are given 2/3 of the space.